Are Ricky and Ximena From 90 Day Fiance Still Together? 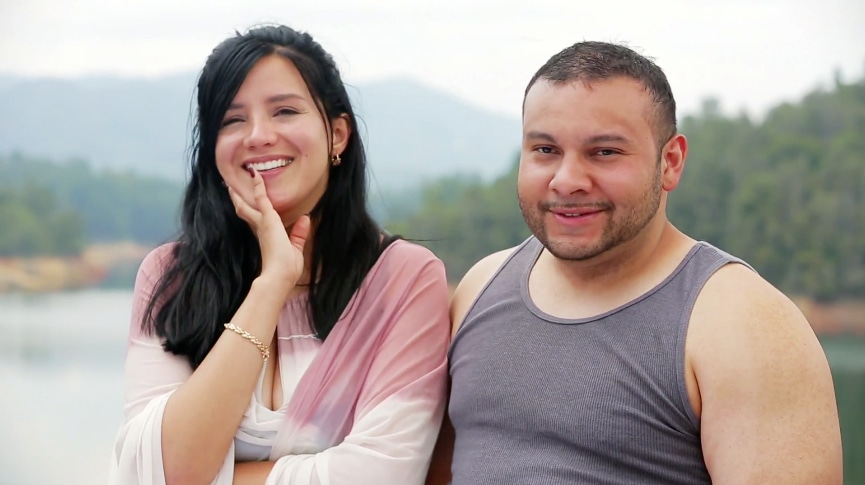 ’90 Day Fiance: Before the 90 Days’ is the second spin-off to the TLC hit original ’90 Day Fiance.’ Rather than following an international couple’s journey as they try to get married and build a life together in the U.S. after receiving the K-1, the spin-off series follows the couples as they meet for the first time after having a long-distance virtual relationship. In the series, we see that while some couples make it through every obstacle that comes their way, some connections fizzle out.

Ricky and Ximena were first introduced to us on season two of ’90 Day Fiance: Before the 90 Days.’ The then 33-year-old photographer and videographer Ricky Reyes from Ohio met Ximena Parra, a 27-year-old from Villanueva, Colombia, in her native country.

Ricky had initially traveled to Colombia to meet his online love interest Melissa, but when she didn’t show any interest in him and ended up ghosted him, Ricky contacted Ximena, and their romance started. Of course, their time together in Colombia wasn’t without surprises or drama.

Ximena was thrilled when she found out that the man she had been talking to online traveled all the way to see her. So, when Ricky came clean and told her that she was his second choice, she was obviously devastated. Ximena demanded a complete explanation about the whole situation, and the pair ended up talking things out.

Their romance continued, and the season ended with Ricky getting down on one knee to propose to Ximena with the same ring he had bought for Mellisa. She accepted his proposal, and the couple was happily engaged. If you’re wondering what happened to the pair after Ricky returned to the U.S, keep reading!

Are Ricky and Ximena Still Together?

No, they are not. During the Tell All episode of the season, Ricky revealed that he and Ximena had broken up once he went back home. He explained that the split happened after he had a conversation with his daughter, who expressed concerns about how fast he was moving.

Saying that his family and children would always come first, Ricky also revealed that he had gotten back together with his ex-wife, Natalia Reyes, and wanted to make that relationship work for the sake of his daughter. Ximena admitted that he broke her heart and that she threw out the engagement ring he had given her.

However, it looks like even Ricky and Natalia could not work on their issues as she filed for divorce in June 2019, eight months after he revealed that they were back together. From his Instagram page, it looks like Ricky is currently single and busy focusing on his work and kids.

Ximena too, seems to be focusing on herself and her family rather than being involved in a romantic relationship. Her Instagram page is full of updates with what she gets up to, including posts about her work out and the time she spends with her family.

There had been a lot of rumors and speculations about Ricky and his wife, accusing them of being together the whole time and deceiving Ximena just for the sake of fame and popularity. But, these rumors were precisely that, just rumors, as nothing was confirmed.

We do hope that Ricky and Ximena find success in both their personal and professional lives, especially taking into consideration everything that they have been through.

Read More: Are Sean And Abby From 90 Day Fiance Still Together?