Ricky Gervais begins ‘SuperNature’ by giving the audience a crash course on irony. He tells them that there will be bits of it throughout the special and encourages them to see if they can spot it. The instructions aren’t just for the audience with him in that auditorium; it also applies to those of us watching it from the comfort of our home. Gervais’ second Netflix special after ‘Humanity’ is also arguably the most controversial one in his career. That’s saying something, given who he is and the type of comedy he has produced over the years. In ‘SuperNature,’ Gervais delves deep into various facets of human existence and exposes the deeply-seated hypocrisy of today’s culture.

‘SuperNature’ isn’t a complicated routine, but it isn’t simple either. Gervais is arguably the riskiest comedian working today and believes in doing the type of comedy that always go against the norm. He deals with everything under the sun in the special — from child abuse to pedophilia to religion to death to grief to trans activism to obesity to AIDS to cancer. The comedy challenges you on a fundamental level, as you probably hold one or more of those aforementioned things sacred. And in the world of Ricky Gervais, sacred is an absurd word. 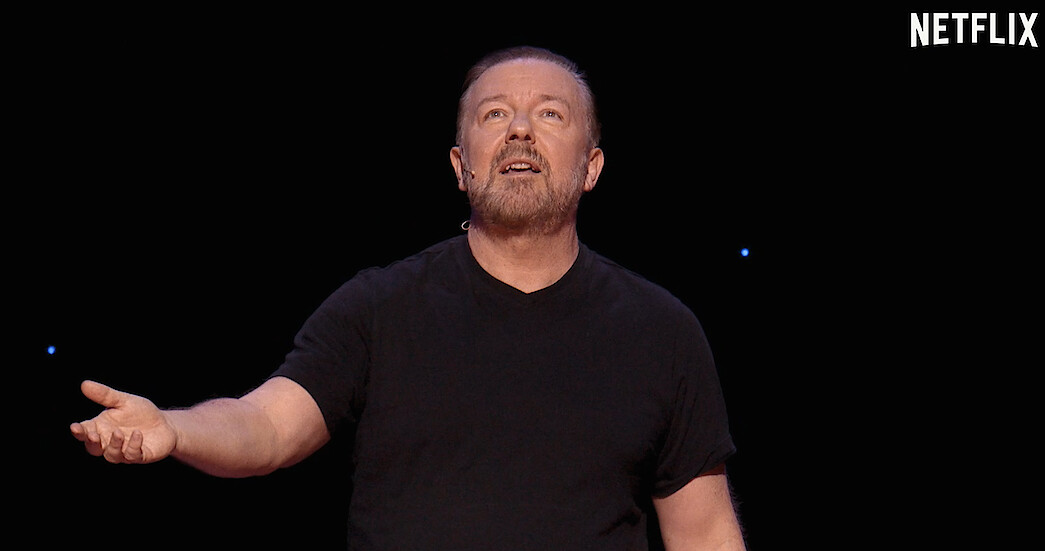 When Gervais speaks about the title of the special, he is philosophically reflective. Religion and the supernatural have always featured prominently in his works. The 2009 film ‘The Invention of Lying,’ which he co-wrote, co-directed, and starred in, is still one of the best films to question faith and religion. In ‘SuperNature,’ he speaks about the wonder that is human life and how fragile it is. The Universe has existed for 13, 14 billion years. According to Gervais, if we are really lucky, we are alive for 80, 90 years out of that. He urges his audience to make full use of it. Admittedly, it does get preachy during these bits. Faith isn’t concerned about reality; it exists despite of it. That’s why it is faith. It’s not like Gervais isn’t aware of this. At this point, his jokes about religion are getting tiresome and at times feel repetitive.

There is also an issue with crass humor. I am all for using obscenity to generate laughter. However, what Gervais often does in this special is become overdependent on it. Don’t get me wrong: the jokes are still funny but don’t live up to the standards their setups have promised.

These problems are ultimately the result of creative decisions and can be overlooked. But they are not the biggest issue with the show. Throughout the special, especially toward the ending, Gervais keeps laughing at his own jokes, sometimes even before delivering them. When that happens, it feels jarring and out of place. It makes you question whether this is the first time Gervais has delivered these jokes. 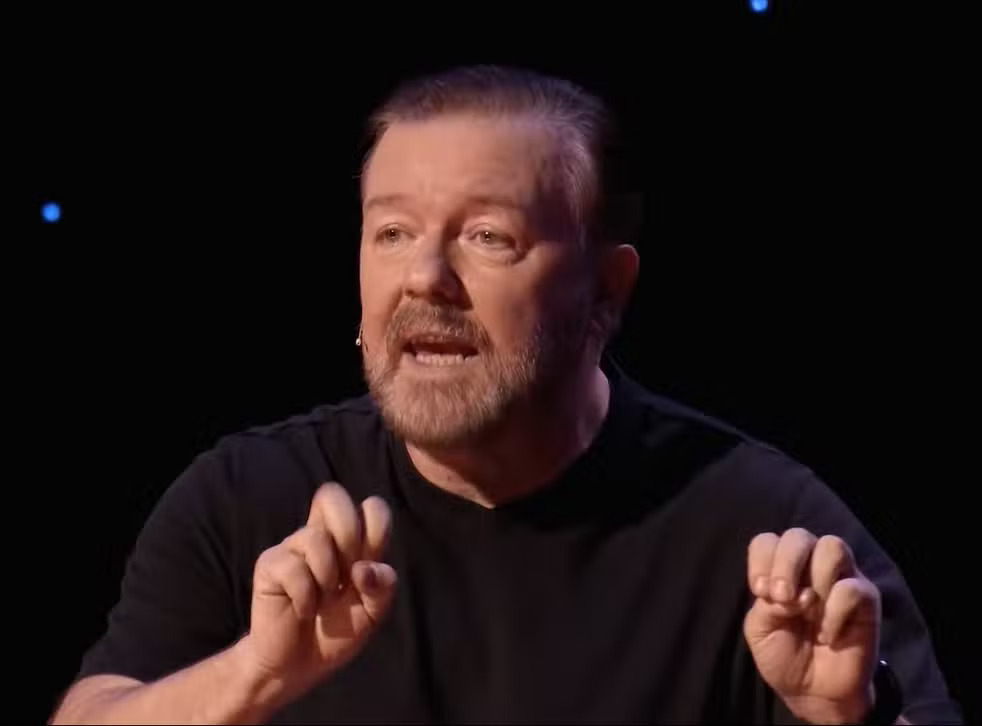 Beyond the aforementioned minor issues, ‘SuperNature’ is a smooth ride — masterfully crafted and delivered by one of the best in the business. While the jokes can be utterly savage, what comes after the punchline is often quite poignant. My favorite bit in the entire special is the joke about his friend’s dead grandmother. It’s unabashedly funny and wholesome — a rare combination to see these days. Even if you figure out where the joke is going or have it watched before, the punchline hits you like a freight train. The humor here is made even more potent because it exists like an island in the sea of tragedy. When you hear that Gervais’ friend laughed when he heard the joke, it becomes your cue to change from laughing with shock to laughing genuinely.

Gervais has been doing this for a while and knows exactly how to play with his audience. For an hour and four minutes, he makes us laugh, cry, and feel shocked and outraged on a whim. Although the special is not without its faults, the positive aspects greatly outweigh them. Furthermore, for good or bad, it has relevance in its favor. ‘SuperNature’ is a brutal commentary on post-modern society. It criticizes people on both sides of the political divide, yet Gervais refuses to be completely cynical in his approach.

Read More: Is Ricky Gervais Married? Does He Have Kids?