Where Is RJ Stern Today? 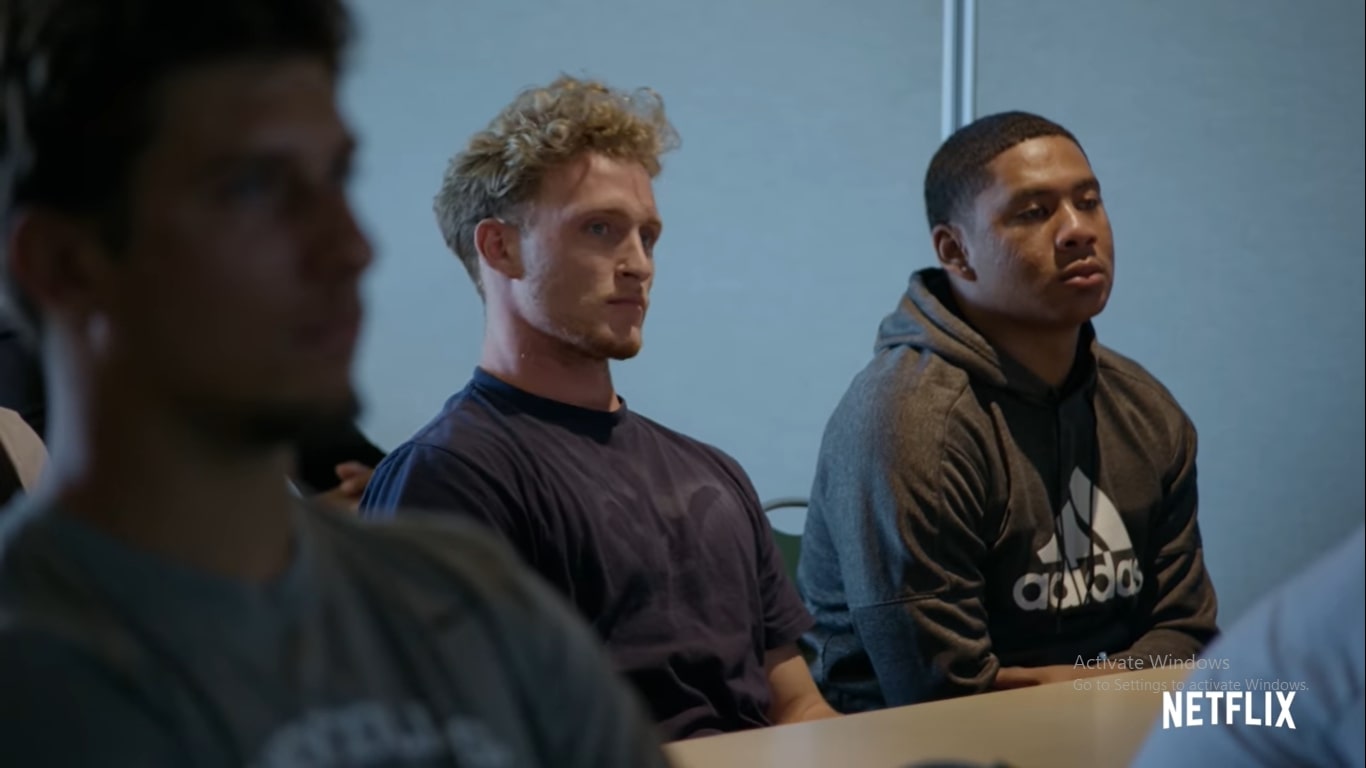 Netflix brought up a sports documentary series by the name of ‘Last Chance U’ back in 2016. And, because of the many positive reviews it got, the directors and producers were able to stretch it out for five great seasons, with the latest one, ‘Last Chance U: Laney,’ being released on July 28, 2020. Every time, it was carefully drafted so that the life journey of the individuals playing collegiate football could be presented in the form of a subtle drama. From focusing on their troubled family backgrounds to their struggle with academics, it included everything. However, the goal for these individuals always remained the same: be a successful person by following your passion. And, it was no different for RJ Stern.

Who Is RJ Stern?

Robert Stern, or RJ Stern as he prefers to go by, is a 5’11” 185 lbs Wide Receiver football player. After graduating from De Anza High School, he continued pursuing football even though it made him stand out from the rest of his family, even more than it did before, but he didn’t care, he knew where his passion and skill were. Belonging from a family of writers, with his grandmother being the author of “Mists of Avalon,” RJ has always felt overlooked and isolated, especially because of his unstable childhood. He always felt like his father didn’t care about him, and for some time, he even believed that his mother hated him.

But, fortunately, at least the latter isn’t true. His mother struggled with her mental stability because of her own past trauma of child sexual assault, coming from her own parents, so according to RJ, she just didn’t know any better. But, his father abused him when he was little, and when RJ tried to move back to California from Texas, where he was living with his mother, his father refused to take him in, considering him to be “a lost cause.” Thankfully, RJ was able to find a place to stay with his aunt, at their family house. But still, he didn’t feel as if he truly had a home, so he mostly stayed in his room and placed all his energy into making his play better or sketching.

Unluckily, even at Laney, his time wasn’t any better. For the 2018 season, when they won the State Championship, he had a sprained neck and a concussion. Then, he found out that he had a sports hernia that caused his abdomen to be ripped from his pelvic bone. RJ thought he’d never be able to play again, but, thankfully, he was able to make a full recovery. For the 2019 season, Coach Beam went hard on him, and yet, RJ felt like he was being overlooked there as well, especially because he was rarely thrown the ball. All he wanted, all he ever wanted, was for the coaches to trust him and believe in him so that he could prove his worth.

Where Is RJ Stern Now?

RJ Stern has finally moved on from Laney College in California. He had been hoping for a Division 1 university and a scholarship, but when he didn’t receive any major offers, he started trying for himself. Even though he was struggling, he never wavered from his dreams of wanting to leave a legacy, of wanting to leave a mark on this world, so, he kept trying. He ultimately got offers from Adams State and Southwestern Oklahoma State, but, when RJ got the interest of Tusculum University in Greenville, Tennessee, he enrolled there, a Division 2 university, on a scholarship. And now, he will play for the TC Tusculum Pioneers as a Wide Receiver until he graduates in 2022.

With time, we just hope that he can retrain those muscle memories of his so that he can make the technically right plays. Even though his coaches at Laney said that he makes great plays even if they’re not always correct, with the amount of hard work that he has always put into his game, we’re sure that, with the right push, he’ll be able to change at least some of his ways and genuinely thrive. Plus, if he does that, he’ll be able to prove those who said that he wasn’t “coach-able” wrong.