What Happened To Robert Buchel From My 600-lb Life? 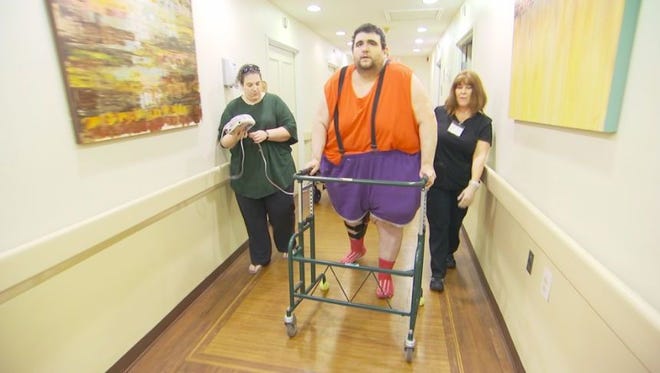 ‘My 600-lb Life’ is a TLC original that was supposed to be a five-part mini-series, but it gained so much popularity in a short amount of time that it now has more than 100 episodes spanning eight seasons. Following the journey of obese people as they battle their long-term food addiction and lose their weight with the help of Dr. Now, this series has managed to spread joy and inspiration across the globe for many years. Sadly, not everyone who has been featured on the show is able to take the strain of the challenging lifestyle changes and strict diet plans. And such was the case of season 6’s Robert Buchel.

The 41-year-old Forked River, New Jersey native, weighed 842 lbs when he appeared on ‘My 600-lb Life. His episode synopsis on the show states: “With the support of his fiancee, Kathryn, Robert turns to Dr. Nowzaradan in a final, desperate attempt to save his life. He tries to reverse a lifelong food addiction that has left him bed-bound, saddled with grotesque lymphedema, and nearly 900-lbs.”

Robert, who was completely immobile due to his massive frame, was dependent on the people closest to him to take care of him, and although he appreciated all that they did, he didn’t like it. “To carry all this weight is physically draining, mentally, emotionally taxing,” he said in his episode. “It’s not a pain or life I’d wish on anyone because I can’t do anything. I can’t do anything for anyone — especially myself, so I am completely dependent on my fiancee.”

He admitted that his dependency on food to feel happy and comfortable started when he was just a kid. He started overeating at first when he was six years old after his parents opened a fried chicken store, but when a neighbor molested him three years after that, food was his only solace. By the time he was a teenager, he had weighed more than 200 lbs. Robert even revealed that after his brother passed away from a heart attack when he was 19, he became depressed, and his addiction worsened to such an extent that he could never recover.

Wanting to get better for Kathryn and determined to make a change, Robert reached out to Dr. Now for guidance and moved to Texas to begin his weight loss journey.

After some initial trouble adjusting to Dr. Now’s program, Robert worked hard to shed his weight. In his first month itself, he lost an impressive 124 lbs, following which he went on to lose 93 more in a rehab center and began walking again. With further help from exercise and diet, he lost around 80 lbs more and was able to undergo surgery to get his lymphedema masses removed. With everything combined, Robert lost a total of 340 lbs, making his weight drop to 502.

Unfortunately, after his surgery, Robert became severely depressed, started refusing his exercises, and his unacknowledged pain killer addiction became too much to handle. He even tried ripping up his stitches in the hopes of getting some pills again. Ultimately, on November 15, 2017, he suffered a fatal heart attack in his sleep and passed away.

“He told me, “I don’t think I’ll make it through the night. I love you and I always will,”” said his fiancee, Kathryn, on the show. “I lost my best friend and the person I was supposed to spend the rest of my life with.” Even Dr. Now expressed his grief about losing Robert and called him a fighter for being able to battle his addictions for as long as he did.

Read More: What Happened To Lisa Fleming From My 600-lb Life?