Little did people in Arden, North Carolina, know that a dispute over a trashcan would explode into a gruesome murder enough to shock the city into silence. Yet, that is precisely what happened when Robert and Genise Matheson were found shot dead outside their residence. Investigation Discovery’s ‘Fear Thy Neighbor: Desperate Times, Deadly Measures’ chronicles the brutal murder and shows how the ensuing investigation brought the perpetrator to justice. If you want to know more about the case and where the murderer is today, we have you covered!

How Did Robert and Genise Matheson Die?

Robert and Genise Matheson resided in Arden, North Carolina, and the show mentioned that they had trouble fitting into the society. However, they had a happy marriage and were proud parents to their twelve-year-old child. Although the couple had a longstanding feud with one of their neighbors, they didn’t think much of it and tried their best to live life their own way.

On September 30, 2013, 911 operators in Arden got a terrifying phone call informing them of a local neighborhood shooting. It was later revealed that Robert and Genise’s neighbors heard numerous gunshots and chose to call for help. Once first responders reached the scene, they found the couple lying dead in their doorway. Surprisingly, their 12-year-old child was unharmed inside. Upon closer inspection, the medical examiner learned that Robert was shot six times with a 9mm revolver while Genise suffered eight bullet wounds. Moreover, they were both shot in the head which resulted in their deaths.

Who Killed Robert and Genise Matheson?

Even before beginning a formal investigation into the double murder, the police got their most significant lead as, according to the show, a neighbor driving home at that time stood witness to the whole murder. Moreover, the couple’s 12-year-old child had also witnessed the murder and came forward to help authorities. 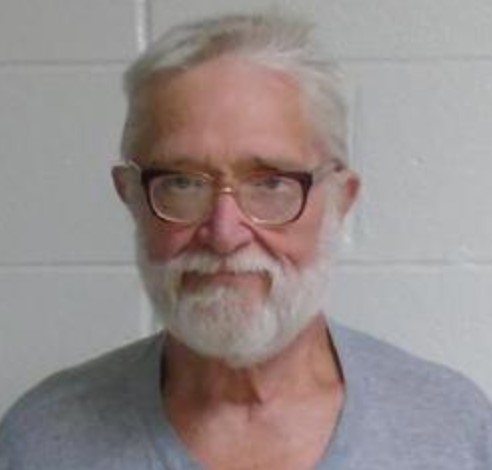 The neighbors informed police that the Mathesons had a massive feud with their neighbor, Erwin Lynn Jarvis, as he was using their government-provided trash bin. Jarvis said that he began using his neighbor’s bin after they moved away, but upon return, the Mathesons were furious. As a result, the bitter feud kept developing over the years, and the show even mentioned how the police were called to their residences multiple times. On the other hand, neighbors, as well as Jarvis’ wife, stated that the Mathesons had a husky Jarvis was afraid of, which in turn compelled him to keep a gun nearby.

On that fateful day, Jarvis was walking along the path when he got into a violent altercation with Genise. In a fit of rage, he took out his 9mm before shooting Genise and her husband multiple times till they were dead. Both the neighbor and the couple’s child attested to seeing Jarvis stand over a corpse and shoot it, which made the police sure of his involvement. Thus, once ballistics matched Jarvis’s weapon to the one used in the murder, he was arrested and charged.

Where Is Erwin Lynn Jarvis Now?

Although Erwin Lynn Jarvis was charged on two counts of first-degree murder, he reached a plea deal and pleaded guilty to two counts of second-degree murder once in court. Based on the plea, the judge considered options and decided to sentence Jarvis to 32 to 40 years in prison. Thus, with no parole still in sight, Jarvis remains incarcerated at the Harnett Correctional Institution in Lillington, North Carolina.