Who Were Rodney Alcala Victims? How Many People Did He Kill? 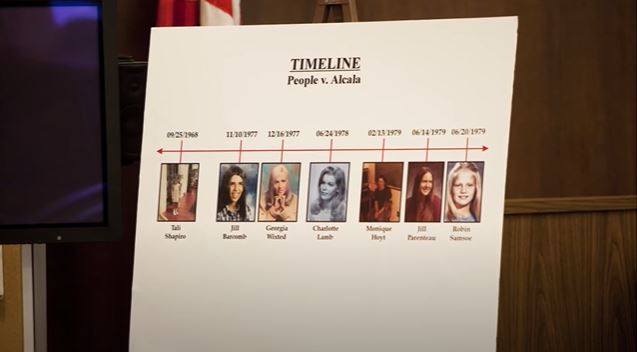 ABC’s ’20/20: The Dating Game Killer’ is a harrowing episode that focuses on Rodney James Alcala, a convicted rapist and serial killer, who, starting in the late 60s, traveled across the country for more than a decade to lure out his victims. However, his most daring move, the one that earned him the moniker of the “Dating Game Killer,” came in 1978 (during the time he was active), when he went on the popular game show ‘The Dating Game’ and won. Soon after, though, he was apprehended. And yet, his true victim count remains unknown, with some speculating that it could be as high as 130. Curious to know more about his crimes, his ways, and his victims? We’ve got you covered.

Back in 1968, an eyewitness in Los Angeles called 911 after watching Rodney lure an 8-year-old girl named Tali Shapiro into his Hollywood apartment. Unfortunately, though, by the time the police arrived at the scene and kicked down his front door, Tali had already been raped and brutally beaten with a steel bar. And while the positive part was that she was still alive and breathing, Rodney had fled the scene, never to return again. Moreover, to escape the ensuing warrant against him, he had fled to New York under the presumed name of “John Berger.”

In 1971, Rodney was included in the FBI’s Most Wanted list. A few people recognized him, which led to his arrest and extradition, leading to his first-ever conviction as a sex offender. However, what no one knew at that point was that in June 1971, Rodney had killed 23-year-old Cornelia Crilley, a flight attendant, in her Manhattan apartment. She had been raped and strangled with her own stockings. Fast forward to 1974, and while Rodney was on parole, he was re-arrested for assaulting a 13-year-old girl identified as “Julie J.” in court records, who had accepted what she thought would be a ride to school from him.

In 1977, after Rodney’s second release, he was somehow allowed by his Los Angeles parole officer to travel to New York City. This happened despite the fact that he was a repeat offender and was also deemed to be a flight risk. And now, investigators believe that Rodney killed 23-year-old Ellen Jane Hover and buried her remains in the Rockefeller Estate grounds in Westchester County after a week of his arrival in the city. Ellen had disappeared on July 15, 1977, leaving behind nothing but a calendar note that stated she was meeting with “John Berger” that day. Her remains were recovered almost a year later, in 1978.

During this time, Rodney somehow convinced hundreds of young people that he was a professional photographer, luring them to unknowingly become his victims. His “portfolio,” apparently his victim list, was found by the police in July 1979 in a Seattle storage locker following his initial arrest for the disappearance and murder of 12-year-old Robin Samsoe. The hundreds of photos it included, which have since been made public, were mostly sexually explicit. The police fear that some of the subjects may be Rodney’s other yet to be identified victims. After all, a later testimony proved that he did, in fact, exploit his position.

Robin Samsoe, a pre-teen from Huntington Beach, disappeared on June 20, 1979. Her decomposing body was found 12 days later in the Los Angeles foothills. When the investigations into the matter proceeded, one of her friends told the officers that a stranger had approached them on the beach that day, asking to take their pictures. And once a composite sketch was created, he was identified to be none other than Rodney Alcala. This recognition turned into a probe on him, which led to the discovery of the Seattle locker, consisting not only of Rodney’s portfolio but also a pair of Robin’s earrings.

When the authorities were preparing for the case against Rodney regarding this matter in 2003, they discovered that his DNA samples matched the evidence left at the murder scenes of four other women in California. They were: Jill Barcomb, 18, found “rolled up like a ball” in a Los Angeles ravine in 1977; Georgia Wixted, 27, raped and bludgeoned to death (possibly with a hammer) in her Malibu apartment in 1977; Charlotte Lamb, 31, raped, beaten, strangled, and left in the laundry room of an El Segundo apartment complex in 1978; and Jill Parenteau, 21, killed in her own Burbank apartment in 1979.

In 2016, Rodney was charged with his eighth murder, the 1977 Wyoming killing of 28-year-old Christine Thornton. However, the state’s prosecutors opted not to extradite him to Wyoming for a trial, although it is pertinent to note that the charges against him have not been dropped. The authorities additionally believe that he is responsible for Pamela Lambson’s 1977 slaying in the San Francisco Bay Area. But as there is no concrete evidence that can tie him to the case, he has never been charged for it. Furthermore, Rodney has been named as a person of interest in the Washington unsolved murders of Antoinette Wittaker, 13, and Joyce Gaunt, 17, which transpired in July 1977 and February 1978, respectively.