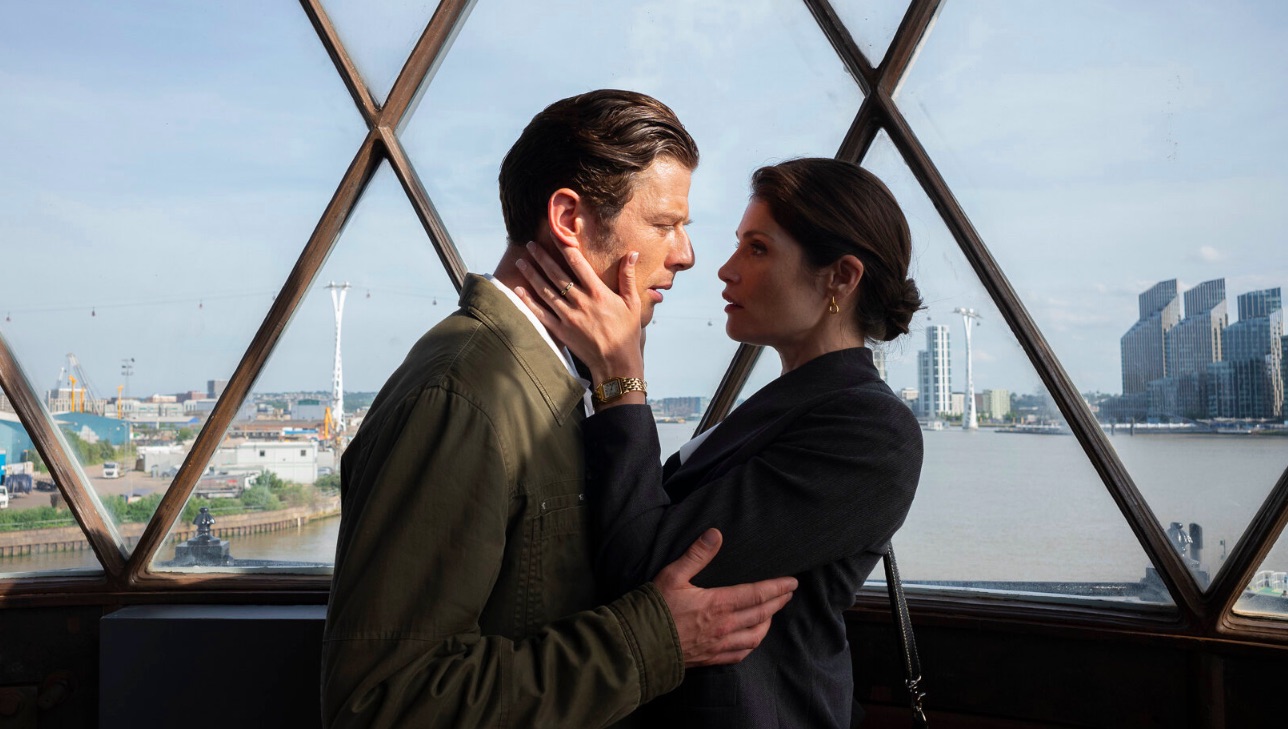 AMC+’s ‘Rogue Agent’ is a crime drama that tells the story of a dangerous criminal who goes by the name of Robert Freegard. He has the ability to manipulate people so strongly that they are ready to believe whatever he says. He sticks to his time-tested methods through which he cons a lot of people over the years, stealing their money. But things change when he crosses paths with Alice Archer. When duped, she is not the kind of person who’ll accept defeat and move on. She decides to go into the depths of Robert’s story and find out who he really is. What she discovers paints a very horrific picture of a man she’d fallen for. How does she catch up with him? Is Robert Freegard brought to justice? Let’s find out. SPOILERS AHEAD

In 1993, when the IRA is brewing up trouble for Britain, a man named Robert Freegard, claiming to be working for the British Secret Services, convinces a young man and two women into becoming his eyes and ears at the college. For months, he trains them for their mission, which doesn’t yield anything. Then, in the middle of the night, he takes them away, saying that their covers have been blown and now the IRA is after them.

Almost a decade later, we find Robert working as a car salesman where a young solicitor, Alice Archer, catches his eye. He woos her into going out for a date, and soon, she is captivated by him. Still, something feels off, so she runs a background check on him, which reveals that Robert Freegard is a ghost. He explains it away by saying that he is a spy. Alice falls for it and starts to make plans for their future. But then, something new comes up about Robert’s past, which reveals that Robert is not who he says. He is not a spy but a criminal. Things become more personal when he runs away with her money and kidnaps an American woman, which alerts the FBI, who joins forces with Alice to catch him.

One of the things that kept Robert Freegard from being held accountable for his actions was the lack of resources on the part of his victims. While he had brainwashed Sophie, Ian, and Mae into believing anything that he said, their families couldn’t do much to bring their children back home. They filed police reports, but when the children called home, the cops washed their hands of the situation, saying that they had left of their own accord and it was not the case of a kidnapping. Interestingly, a similar argument much later resulted in the two kidnapping cases being thrown out and turning Freegard a free man.

This is where Alice Archer stood out. She is a solicitor and very resourceful at that. She has the resources to dig up all kinds of information on people, things that even slip the attention of her bosses. She has an ex-cop, named Phil, who does the required research for her and successfully finds whatever dirt Archer wants him to. So, when she finds Robert Hansen’s behavior suspicious, she turns toward Phil to find out more about him. He comes through, though it’s already too late for her by then.

Later, we find Alice drawing up her same resourcefulness and dedication to catch Robert. She employs the help of a cop, named Sonny Chandra, who takes her as far as to find Mae Hansen, one of the girls that Robert had kidnapped in 1993. It turns out that he’d been using her surname to go around. To her utter shock, Alice discovers that Mae has two kids with Robert, and even after a decade of hearing his lies, Mae still believes that Robert is a spy and is out and about in the world doing important stuff. This is when Alice realizes that she can’t talk to Robert’s victims normally. She can’t upend his ruse because it is too deeply seated in the heads of the people that he has manipulated over the course of so many years.

Alice uses his trick to get Mae into giving up Robert’s diary which has a list of burner phone numbers. The fact that there are so, so many numbers on the list suggests just how long the list of his victims really is. Much like Sophie, he kidnapped and manipulated many people. When done with them, he left them to fend for themselves, convincing them not to contact anyone for help. His hold on these people is confirmed by the fact that Sophie spends so many days living in the streets and eating meagrely, but she doesn’t call home, even when she is completely free to do so.

Sophie’s situation also gives us an answer to the fate of Julie Harper, the girl that Robert had duped by saying that he’ll marry her, the one he called an alcoholic, and the one who never came back home. He must have manipulated her similarly and left her on the streets, convincing her that this is just another test, and when she passes it, she will be recruited by MI5. Sophie is found because her burner phone is recent and can still take calls. The same can’t be said for Julie. There is no way of knowing what happened to her on the streets and if she even survived living like this. And even if she did, maybe she is still trying to pass the test, waiting to be found by MI5.

Alice knows what Sophie believes and she uses that to get the girl to talk about Robert’s safe houses. They zero in on a location that feels like the most suitable for him to take his new victim. Turns out that all the faux techniques that Robert had been teaching them are actually used by Sophie, and she uses them to correctly locate the safe house. Alice, Chandra, and Special Agent Sandy Harland arrive there just in time to catch Robert, who still tries to manipulate Alice.

Knowing that his fate lies in her hands now, he tries to talk her into running away with him. Even with all that’s happened, he almost succeeds in getting into Alice’s head. He probably would have if the others hadn’t shown up. So, he is caught and brought to trial, where Alice and all the other victims show up to testify against him. He is sentenced to life in prison, but even there, he can’t let go of his habit. As predicted by Phil, he can’t stop lying and manipulating, and he does the same with the inmates as well as the guards in his prison. For a moment, it looks like he’ll get into their heads too and find a way to escape. But he doesn’t have to do that.

It is revealed that a few years into his imprisonment, an appeal to a higher court led the two kidnapping cases to be dropped by the court. The argument goes that the people were not being held against their will. They could have gone back home anytime they wanted. On this technicality, he manages to wiggle his way out of the justice system and set out and about in the world.