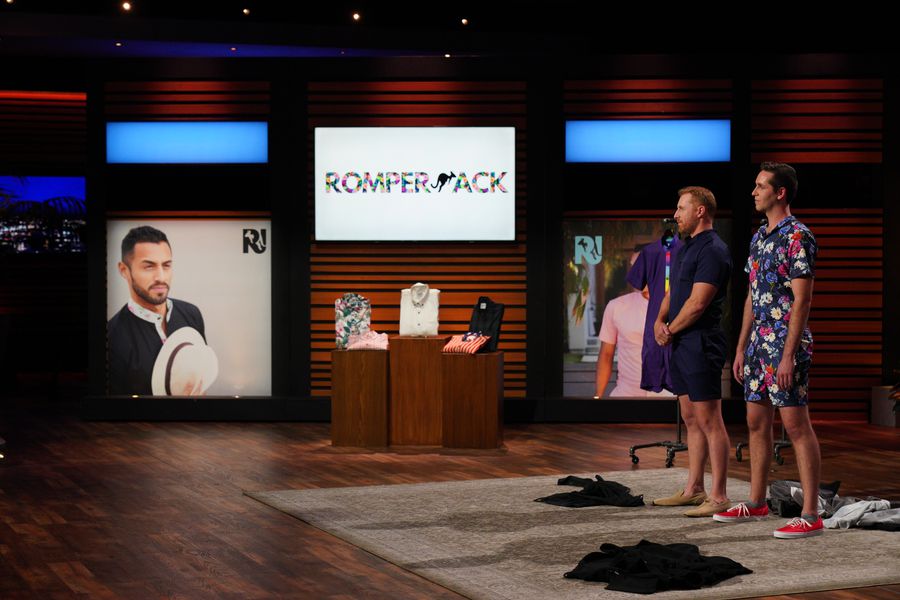 ‘Shark Tank’ season 13 episode 11 saw entrepreneurs Justin Clark and Wyatt Thompson present their company, RomperJack, hoping for a Shark to jump in with an investment. RomperJack prides itself on making colorful, dynamic, yet perfectly-fitting rompers for men, with their target audience being the people of the LGBTQ+ community. The interesting product sure drew our attention, and here is everything we found out about the company and its growth since appearing on the show!

RomperJack: Who Are They and What Do They Do?

Justin Clark is immensely experienced when it comes to establishing and running his own companies. During and after completing his Bachelor of Science degree in Public Health Education and Promotion from the California State University, Northridge, Justin was employed as a Lab Assistant in the medical field as he prepared himself for medical school. However, after co-finding the mobile and web app Whiz Tutor in 2015, Justin realized his knack for entrepreneurship and decided to stay in the field.

A few months later, in December 2015, he co-founded his second joint venture, Iuvo Technologies LLC, a company that helped design, develop, and build mobile and web applications. Apart from working as a Marketing Consultant for Xirsys and a Consultant VP of Sales And Marketing for Millicast, Justin also helped co-establish RomperJack in 2017 and UVO Health in 2019.

On the other hand, Wyatt Thompson completed his Associate’s Degree from the College of the Canyons before studying Entrepreneurship and Sociology at the University of California, Los Angeles. Since then, Wyatt has had an impressive professional career and has worked as a Product Manager for top brands like Dollar Shave Club and Tesla. After helping Justin co-establish RomperJack in 2017, Wyatt has also gone on to become a Senior Product Manager at Stealth Startup in 2022.

Incidentally, Justin was scrolling through Kickstarter campaigns when he suddenly came across a product called RompHim. The product fascinated him, and he immediately got in touch with Wyatt Thompson and Wes Daggett with an idea for a business. The three men wasted no time putting their own designs into practice, came up with their Rompers, built a website, and were ready with their first batch of products by mid-2017.

While Rompers are essentially a one-piece outfit combining a buttoned-up shirt and shorts together, RomperJack put its own twist to the apparel by introducing a massive variety in colors and style. Additionally, although there is quite a bit of competition in the field, the entrepreneurs mentioned that RomperJack stands out from the crowd due to its quality and fittings.

When launching RomperJack, Justin, Wyatt, and Wes knew that the product would be well received among the people of the LGBTQ+ community. The plan worked perfectly, and the company found great success in making the queer community, especially gay men, their target audience. According to the entrepreneurs, RomperJack produces a specific kind of apparel that is extremely difficult to find at regular clothing stores, thus giving them an edge over similar products in the market.

With growing demand and a significantly large customer base, the trio also began expanding their catalog, which includes jumpsuits, overalls, shirts, shorts, caps, gloves, and fanny packs. At present, RomperJack products can be purchased off their website, and each Romper will set one back from $59 to $169.

Similarly, other items of clothing, including jumpsuits, overalls, swim shorts, and golf wear, all cost between $35 to $99. Furthermore, with their site offering a detailed size chart as well as occasional discounts on products and shipping, it seems like shopping at RomperJack is an incredible experience for all.