Investigation Discovery’s ‘Broken Trust: Lust for Death’ delves into the murder of Ron Hiiri, a successful salesman out of Stonington, Connecticut. In May 1988, Ron was found shot to death at his home in Stonington by his mother. The authorities felt like the evidence at the scene didn’t add up at the time, and they were right. The investigation eventually led them to Ron’s stockbroker. So, if you’re wondering what happened in this case, we’ve got you covered.

How Did Ron Hiiri Die?

Ronald W. Hiiri was a 42-year-old ball-bearing salesman living alone in Stonington. People who knew Ron described him as outgoing, friendly, and intelligent. He often had friends over and was known to have a good time. Life seemed to be looking up for Ron, but on May 20, 1988, his mother made a horrific discovery. Earlier, Ron was supposed to meet his mother for lunch, but he didn’t show up. Neither could she get a hold of him over the phone.

So, Ron’s mother went to check on him only to find him dead on the floor in his house. He was shot twice — once in the back and another time in his heart at point-blank range. Ron was killed with a .22-caliber handgun. The authorities believed that the body had been there for more than a day. While his wallet was missing, other valuables were still in the house. The police also found pornographic magazines and a sex toy at the scene, leading them to consider the possibility of a sexually motivated crime.

After ruling out a few persons of interest, the authorities set their sights on Frank Vandever, who was Ron’s stockbroker at the time. Ron’s family told the police that the two had a meeting scheduled on the day Ron was killed. Investigators learned that Frank was a married man with two children with seemingly no criminal history. However, just days before the murder, he was fired from the stockbroking firm where he worked. The company found out that he had taken more than $40,000 from a client’s account and transferred the funds into his account. 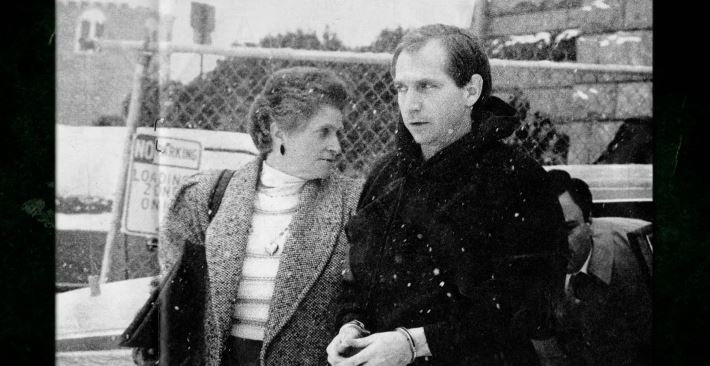 Ron had received a letter from the firm stating that Frank had been fired, which led to Ron setting up a meeting with Frank. At the time, Ron had suspected his stockbroker of embezzling funds from his investments as well. The authorities believed that Frank killed Ron because he was about to report these misgivings. A jeweler called the police with information that a man bought a ring using Ron’s credit card at around 1 pm on the day his body was found. After looking at the surveillance footage, Ron’s loved ones identified that person as Frank.

By the time the police got an arrest warrant for Frank, he had disappeared. However, Frank was arrested in August 1988 in Orangetown, New York. At the time, he was working as a used car salesman in New Jersey and was about to meet his family at a hotel. The authorities caught onto him when he used a stolen credit card to pay for the room. As per the show, the police also found .22-caliber bullets at Frank’s home.

Where is Frank Vandever Now?

In May 1990, Frank, then 36-years-old, took an Alford plea, acknowledging that the prosecution had enough evidence to convict him if the case went to court. He also admitted to placing the magazine and the sex toy at Ron’s home to misdirect the authorities. Frank was sentenced to 40 years in prison in August 1990.

However, on New Year’s Eve in 1991, Frank escaped jail with another inmate, only to be captured about 19 days later in New York. The show stated that he was sentenced to an additional 25 years as a result. As per prison records, he remains incarcerated at the Corrigan-Radgowski Correctional Center in Uncasville, Connecticut.