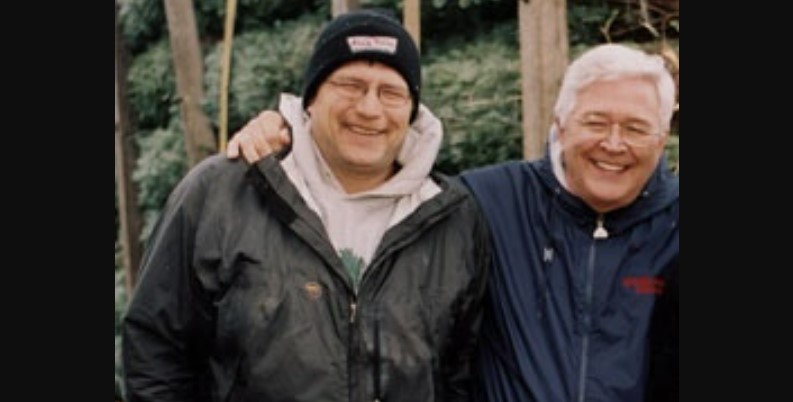 A triple homicide at a secluded house in Grayson County, Virginia, stunned the local community. The victims were Ronald Hudler and his son, Frederick, along with an employee of theirs, John Miller. Investigation Discovery’s ‘Stranger Among Us: Horror on the Homestead’ chronicles how the authorities solved the botched robbery and eventually arrested the killer. So, if you’re curious about the events surrounding this triple murder, we’ve got you covered.

How Did Ronald and Frederick Hudler Die?

Ronald was a retired business executive who began the second phase in his life as a successful businessman. The 74-year-old ran the Hudler Carolina Tree Farms, a wildly successful enterprise, along with his three sons. Apart from working with his dad, Frederick was also a fishing guide who enjoyed coaching his sons’ sports teams. On the day of the incident, Frederick had been working with 25-year-old John Miller at the tree farm.

After taking care of a few things, 44-year-old Frederick and John headed to Ronald’s house, not knowing what horror awaited them there. At around 11:53 AM on January 24, 2008, Ron’s other son, Bill, called 911 to report two dead bodies. Frederick was lying on the driveway with a gunshot wound to the head while Ron was dead from a similar injury inside the house. The authorities later found John in the garage; he was shot twice in his temple.

Who Killed Ronald and Frederick Hudler?

The authorities noticed shell casings at the scene and a safe in the garage open and moved out of place. While most of the guns inside were still there, about $10,000 was missing. They surmised that Frederick and John interrupted a burglary in progress and were fatally shot for it. Ronald, who was back home early from a business trip, was killed when he came out to check what the commotion was about.

It was known to many people that Ronald kept a large amount of money in the house, which meant that the suspect pool could have been massive. But through the investigation, they came across someone who used to work for Ronald Hudler: Frederick Phillip Hammer. The authorities found out that he did some construction work for Ronald and had a firewood business.

Hammer also had a questionable past. As a teenager, he was convicted of killing an off-duty police officer in Philadelphia, Pennsylvania, in 1978 before being acquitted a few years later. After that, Hammer moved to North Carolina to escape his past. The police found out that he asked around regarding Ronald and had known about his business trip. Hammer was questioned on the night of the murder but denied having anything to do with the crime. He claimed to have been on a construction job about 30 miles from the crime scene when the murders took place.

However, Hammer’s alibi began to fall apart when a witness claimed to have seen him near the Hudler farm shortly after 9 AM on January 24. Soon, Hammer was arrested in Florida, where he fled after the interview. While in prison, he implicated himself in the killings in conversations with an inmate. Hammer told a fellow inmate about burying the $10,000 in a campground in Cripple Creek, Virginia. He added the murder weapon was in the same area.

Hammer offered the inmate $2000 if he got rid of the rifle. Seemingly agreeing to the deal, this inmate wrote a letter to his girlfriend, alluding to getting money after being released. While he threw the letter away, the correctional officers found it and questioned him. So, the inmate told them about Hammer’s offer. In May 2009, the authorities went to the campground and found a bag full of money, cigar boxes with rolled coins, and a .22-magnum rifle that was the murder weapon.

Where is Frederick Phillip Hammer Now?

The authorities confirmed that the rifle’s broken scope matched the debris found at Ron’s door. Furthermore, paint chips from Hammer’s hand truck were consistent with the paint found on the safe. Two witnesses from a store in Elk Creek, Virginia, saw him fueling up on the road from Cripple Creek back to North Carolina on January 24. In May 2009, faced with ample evidence pointing to his guilt, Hammer decided to avoid the death penalty by making a deal.

Then 49, Hammer pleaded guilty to five counts of capital murder and one count each of robbery, breaking and entering, and a few other charges. He received seven life sentences, of which five were to run consecutively, in addition to 23 years in prison. Later on, Hammer confessed to killing Jimmy Blevins, his nephew, who had been missing since 2007. He led the authorities to his body and was convicted for the murder in 2010.

Hammer also claimed responsibility for two other murders: Timothy Shatley was killed in 2005 and Julie Lovette had been missing since 2001. At one point, Hammer told an inmate that he was responsible for killing 17 people. However, the authorities have expressed doubt regarding the veracity of his claims. Prison records indicate that he remains incarcerated at the Red Onion State Prison in Pound, Virginia.

Read More: How Did Nancy Ludwig and Margarette Eby Die?