The unexplained disappearance of Rosemary Christensen in August 1999 was a devastating blow to her loved ones. But they had to wait for close to a decade before learning what happened to the loving mother of two. The second half of Investigation Discovery’s ‘Deadly Affairs: Betrayed By Love: Sour Notes’ focuses on the events leading up to Rosemary’s disappearance and how a confession led to the case being solved. So, let’s find out how it all unfolded then, shall we?

How Did Rosemary Christensen Die?

Rosemary Anne Christensen was originally from Australia. Before moving to the United States, she was married to a European diplomat and they had two sons. Rosemary moved to Florida in 1996 after meeting Robert Temple in an online chatroom, and they were married within a year. The 43-year-old eventually got a real estate license, and the couple lived at a condo in Belleair, Florida. The last time Rosemary was seen was on August 26, 1999. She met a client at around 5 pm.

However, Rosemary didn’t show up to work after that, leading to worried co-workers reporting her missing on August 30, 1999. A desperate search for the realtor didn’t turn up anything. But through additional information that came almost a decade later, Rosemary’s remains were discovered along the Suwannee River in Gilchrist County, Florida. On September 8, 2008, the authorities found a large plastic container buried in a wooded area. Inside, they found Rosemary’s decomposing remains in a fetal position. She was believed to have at least one stab wound to her abdomen.

When Rosemary’s husband, Robert Temple, was questioned, he claimed to have seen Rosemary on August 26, 1999, sometime between 6:30 to 7 pm. The authorities then learned that Robert had an affair with a co-worker named Leslie Stewart. As per the show, Rosemary found out about it and contemplated getting a divorce. On August 27, Robert said he went to Decatur, Illinois, with Leslie to visit family.

Robert also contended that he and Rosemary were swingers and thought his wife left with another man. While there was no evidence to indicate that, suspicion regarding Robert’s involvement only increased. The police learned that he bought several odd items like cleaning supplies, towels, garbage bags, tape, scrubs, ammonia, and a storage container. They believed these could have been used to clean up any incriminating evidence.

Furthermore, it was stated on the show that when the police visited Rosemary’s condo, the carpeting in the bedroom had been removed in its entirety. However, without a body and a lack of evidence, the case went cold. Robert, in the meantime, continued his relationship with Leslie. It wasn’t until 2008 that there was a massive break in the case. Leslie, then 31-years-old, contacted the authorities while visiting family in Washington. At the time, she had been living with Robert and their 3-year-old daughter in Redding, California.

Leslie told the police that one night in August 1999, Robert asked her to come home. After a rambling conversation, she claimed to have seen Rosemary lying in a pool of blood in the bedroom. According to Leslie, Robert explained that his wife lunged at him with a knife, but the blade injured her in the ensuing struggle. Leslie admitted to helping clean up the crime scene because Robert told her she would be implicated in the crime because of their relationship.

Leslie said they took the body to her father’s property in Gilchrist County, where Robert dug a grave. She admitted to holding a flashlight while the plastic container holding Rosemary’s body was dumped into the hole. Leslie eventually went to the police after Robert threatened to kill her and their daughter. She led the police to where Rosemary’s body was buried, marking the beginning of the end of a long-unsolved case. Ultimately, Leslie was not prosecuted for her involvement in exchange for her cooperation.

Is Robert Temple Dead or Alive? 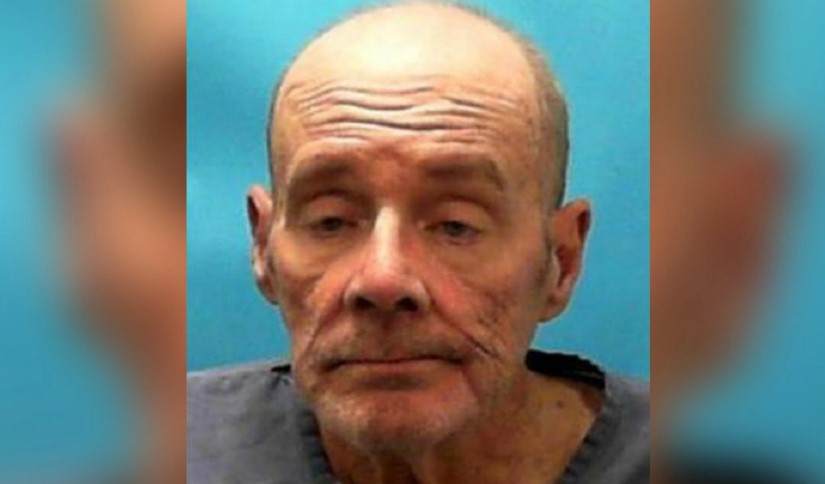 At Robert Temple’s trial in 2011, he claimed his innocence and represented himself. The prosecution garnered a conviction thanks to a combination of circumstantial evidence and Leslie Stewart’s testimony. Robert was found guilty of first-degree murder and was sentenced to life behind bars. Prison records indicated that he died on December 11, 2018, while serving his sentence at a correctional facility in Florida. A cause of death was not made public, but Robert had been dealing with many health issues since his arrest. He was about 68-years-old at the time of his passing.