Where Are Roslyn Pilmar and Evan Wald Now? 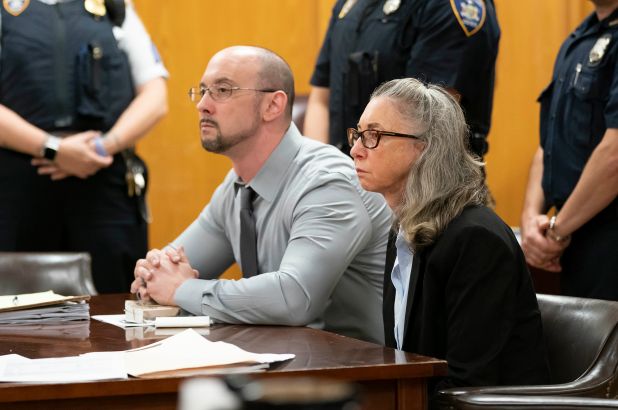 ‘48 Hours’ focuses on the brutal murder of Howard Pilmar who was stabbed to death over 40 times and was found outside his office, on 21 March 1996. The successful New York businessman’s death was quickly investigated, but no evidence directly indicted anyone till a re-opening of the case almost two decades after his death brought forward crucial links that would eventually lead to two of his close family members.

Who Are Roslyn Pilmar and Evan Wald?

Roslyn Pilmar was Howard Pilmar’s wife at the time of his death. Evan Wald is Roslyn’s brother. The two were held as suspects in the first bout of investigation that occurred immediately after Howard’s death. This is because, Howard was stabbed around 40 times, and the murder occurred after his security guard had retired for the night. Hence, the police suspected that whoever committed the crime was close enough to only have such a level of hatred for Howard but to also have known his day-to-day schedule to such precision. Furthermore, the $ 200 in his wallet was untouched.

The police detectives also learned that after Howard’s death, Roslyn stood to inherit more than a million dollars through life insurance benefits. They also observed a cut on Wald’s hand. However, upon asking he stated that it was inflicted while he was working in the coffee shop his sister was made in charge of by her husband.

As almost two decades flew by after the case, case detectives found enough evidence to charge and arrest Roslyn Pilmar and Evan Wald in August 2017. The prosecution team presented Roslyn and Evan as ‘greedy siblings’ who murdered Howard Pilmar to profit out of his tragedy. The prosecution alleged that Roslyn wanted Howard dead so that she could inherit his money and put an end to the financial crisis she was facing.

The lead prosecutor, Elizabeth Lederer said that the whole plan was laid out as a trap from which Howard could not escape. Roslyn was allegedly caught stealing $ 160,000 from the dentist’s office she previously worked at. Based on statements, she kept this matter a secret from her husband. The prosecutors alleged that before the death of her husband, the pressure regarding her embezzlement crime was on the rise. Furthermore, it was stated that she also owed the government $ 14,000 in unpaid taxes. While financial problems were highly stressed upon during the trial, matters did not end here. This is because the prosecution also posited that Howard had taken legal advice from a divorce lawyer concerning his marriage with Roslyn.

They also stated the oddity of affairs as Roslyn inherited not only her husband’s insurance but also his businesses and Upper East Side apartment, which she sold just months after his death. It was alleged that Wald was determined to do anything for his sister and that the report of the killer being left-handed and the cuts on his left hand were not a chance occurrence. It was also stated that the blood from the crime scene matched with his DNA. Daniel Gotlin, Wald’s defense attorney said that his client had led a good life being the father of a disabled child. And, Roslyn’s son, Philip Pilmar, a federal prosecutor pleaded in court to go easy on his mother. After the nine-week trial in Manhattan Supreme Court, the jury found them guilty of second-degree murder. Thus, they were sentenced to 25 years to life each.

Where Are Roslyn Pilmar and Evan Wald Now?

Both Roslyn Pilmar and Evan Wald are serving their prison sentence at the moment. Though Roslyn Pilmar’s defense attorney spoke about filing an appeal, no details of it have yet been made public. (Feature Image Credit: Steven Hirsch/ NYPost.com)