In May 2019, a group of friends headed out to celebrate the start of summer, only to be involved in a brutal shooting. Teenagers Royal Abram and Matrell Johnson were shot to death in an act of senseless violence that left everyone reeling. Investigation Discovery’s ‘See No Evil: Smoke Shop Fugitive’ focuses on how the killer was identified through surveillance videos. So, if you’re curious to find out more, we’ve got you covered.

How Did Royal Abram and Matrell Johnson Die?

Royal Abram was born in March 2001 in Cedar Rapids, Iowa. He was a music lover and part of the local church choir. The 18-year-old was known for helping anyone in need and had started a project with his father to supply fresh fruit and vegetables to the community in Waterloo, Iowa. His friend, Matrell Johnson, was also 18 and had graduated from school just months before the incident. He loved basketball and was close to his siblings.

Royal and Matrell planned to go out on May 17, 2019, with two other friends, Kayla Panos-Blackcloud and Booker McKinney. The four left for a party in Kayla’s car that evening. At around 1:21 am on May 18, 2019, the authorities learned of a shooting outside a smoke shop in Kirkwood, Iowa. There, they discovered Royal and Matrell shot several times in the back of the car, with Kayla injured as well. Initially, Booker wasn’t in the car but was later tracked down to a hospital; he had gunshot injuries too.

With Kayla and Booker in surgery and Royal and Matrell gone, the authorities turned to find out who was responsible for this heinous crime. Surveillance video from the smoke shop provided crucial information and recorded what happened during the attack. As per the show, a white car arrived in the parking lot minutes before the incident. When Kayla’s SUV pulled up beside it, the suspect emerged from the white vehicle wearing a hoodie and firing several times before fleeing the scene.

The white car was driven by someone else, and another person was seen getting into that vehicle before it took off. In the time leading up to the shooting, the authorities noticed that the suspect had bought something at the store, and the cameras captured his face, helping identify him along the way. The car was traced to a woman named Alexandra Smith, and the other person getting into the vehicle was identified as DeShawn Hull. According to the authorities, Alexandra drove the car with DeShawn, the suspect, and two others inside.

Alexandra was later brought in for questioning, and as per the show, she identified the fifth person in the car as Andre Richardson. By then, the police had already found DeShawn’s Facebook account and identified Andre as the shooter through photographs uploaded on that day. While Alexandra did admit to Andre being there, the police felt she wasn’t being entirely honest. According to the show, her bank records showed transactions in Missouri after the shooting, and surveillance from a Walmart there recorded her with Andre.

The authorities looked into Andre and realized he had an extensive criminal record. He was previously convicted of assault, theft, possession of a weapon, and forgery, among other things. So, the hunt for this dangerous criminal ended in June 2019 after the police found him hiding in a garage after a short foot chase. While the suspect was in custody, the reason behind his actions shocked everyone.

Where is Andre Richardson Now?

Andre later stated that a few weeks before the smoke shop incident, someone had shot up a house where he was with his girlfriend. So, in the time leading up to the shooting in Kirkwood, Andre claimed to have seen a photograph on Facebook that he thought was of the person who shot at the house. There was an SUV in that picture, and Andre thought Kayla’s car that pulled into the parking lot was the same one, and he ended up firing into that vehicle. 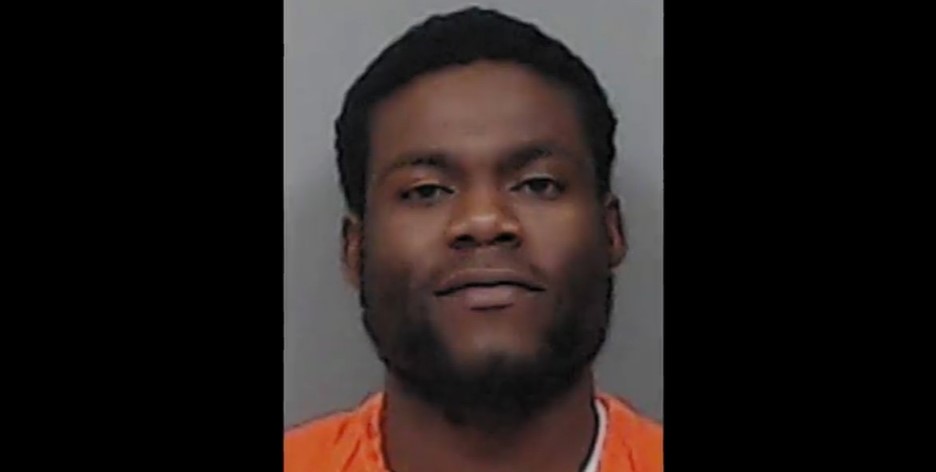 Andre ultimately pled guilty to two counts each of second-degree murder, attempted murder, and willful injury causing serious injury. In addition, he pled guilty to one count each of intimidation with a dangerous weapon and possession of a firearm as a felon. In September 2020, then 27, Andre received a total of 75 years behind bars. For Alexandra’s part in the crime, she was convicted of being an accessory after the fact. Prison records indicate that Andre remains incarcerated at the Iowa State Penitentiary in Fort Madison, Lee County. He will have to serve at least 35 years before being eligible for parole.