Is HBO’s Run Based on a True Story? 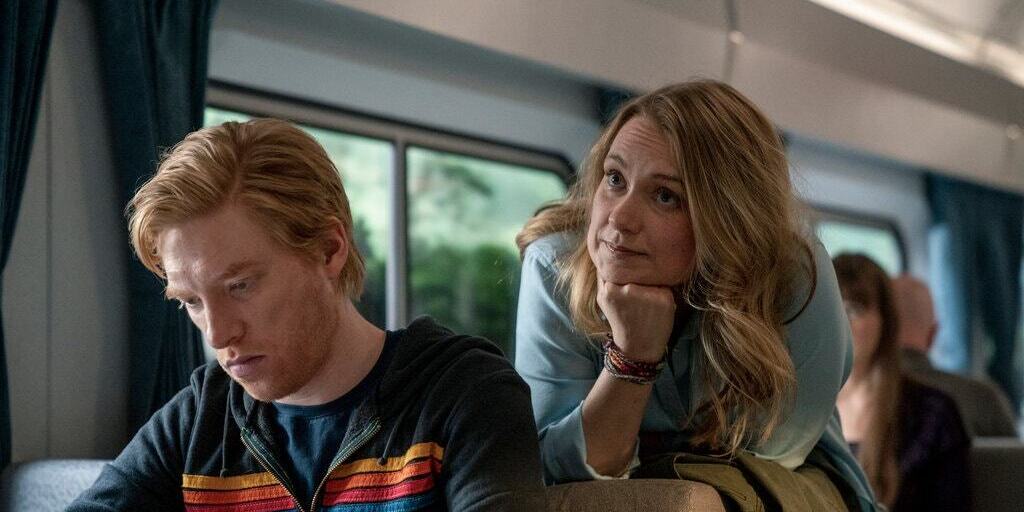 HBO’s ‘Run’ follows the story of two ex-lovers who find themselves back with each other owing to a pact they had made a long time ago. Merritt Wever and Domhnall Gleeson play the role of Ruby and Billy. Ruby is married, and Billy is a life guru. It has been a long time since they last saw each other. One day, Ruby receives a message from Billy that says “RUN”. She writes “RUN” back, and they soon find each other at the Grand Central Station.

‘Run’ takes a dip in different genres but the undercurrent of it rests on a dreamy romantic pact. Watching the show, the audience indeed wonders whether they can make a pact such as this and if someone really did make it. Is ‘Run’ based on actual events? Here’s the answer.

Is Run Based on a True Story?

No, ‘Run’ is not based on a true story. It is a comedy thriller created by Vicky Jones. Taking a break from her past work, she wanted to do something different. “I really wanted to write a romance. I’d written two stories about fucked-up love, and I wanted to write something a bit more emotional…and I guess more optimistic, ’cause I was feeling optimistic,” she said.

Exploring various ideas, she eventually ended up on something from her own life. A long time ago, she had made a pact with someone. However, unlike in the show, it was not with her ex-boyfriend. In fact, she made it with her longtime collaborator, Phoebe Waller-Bridge. It was still the pre-Fleabag era before they broke out into the television world. As often happens, they would find themselves stuck in a situation, be it at work or somewhere else, that they wanted a desperate escape from.

It had started out as a joke, but they decided that if ever, one of them, or both of them, found themselves in an uncomfortable situation, one of them would say “Run” and if the other said “Run”, they would both leave everything at hand and run. The pact encompassed everything, from a boring party to lacklustre love life. While it sounds like something that they would do just for fun or to escape boredom, it meant much more than that.

“It wasn’t something we really did — that would have been embarrassing,” Jones explained, “but it was an idea that we nurtured, that made us feel safe. There was always someone you could run away with, someone you would rather be with than anyone else in the world.”

Even though the pact technically stands to date, they have exercised it just once. It was at a festival when they decided that they needed to run. So they did, and it felt liberating. But it wasn’t exactly the act than the idea behind it that comforted them the most. “Simply knowing that we could run and that we would always do it together was enough to feel free wherever we were,” said Waller-Bridge.

Jones also believed that mining something from her own life brought a realistic character to the story. “I’ve had this ambition to write something that’s got elements of that jaggedness, but is closer to reality,” Jones said. “Something where you can actually see the love and feel the love between these people.”

Waller-Bridge agreed with her idea and observed that “usually we try and hide those parts of ourselves from the person we are romancing, but Vicky put this couple on a train, across tiny tables and in tiny cabins, where there is nowhere to hide.” Indeed, the friction between the characters and the tension in the story stems from the closed spaces that don’t provide any escape for Billy and Ruby.