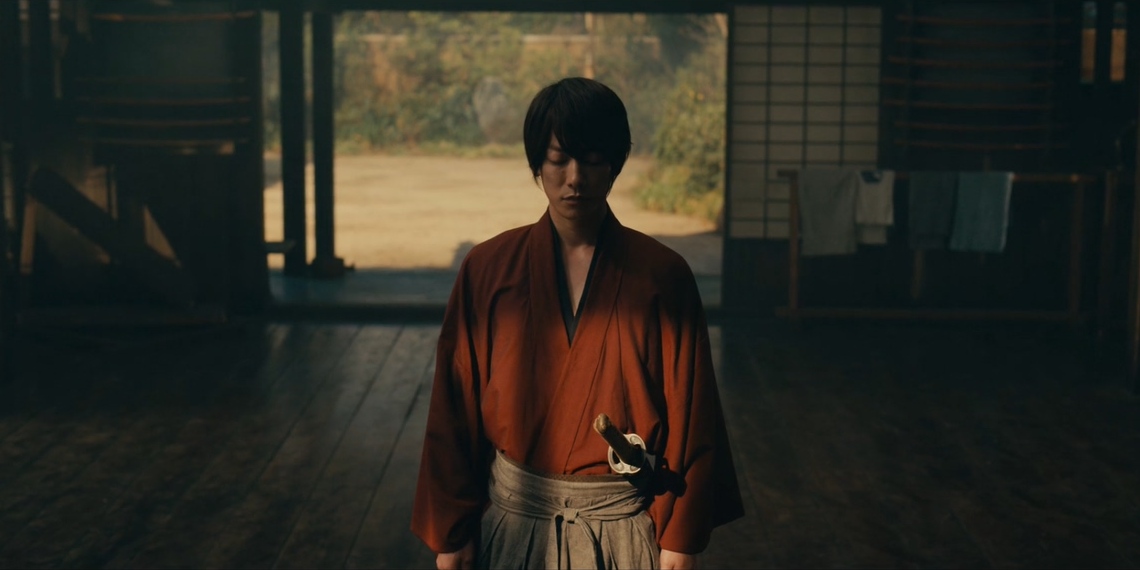 The fifth chapter of the live-action adaptation of the famous manga series by Nobuhiro Watsuki, action-romance epic ‘Rurouni Kenshin: The Final,’ puts an end to a major story arc. Past scores are settled, and the story is given an overarching closure. Enishi seeks to avenge her sister’s death at the hands of the notorious Battosai, and as the Shanghai mafia enters the city of Tokyo, Kenshin and his friends find the city up in flames.

In the end, past scores are settled, Enishi goes to prison, and Kenshin and Kaoru begin a life together in the Kamiya Kasshin Ryu Dojo. Miraculously, none of the major characters are dead, as hand in hand, they emerge victorious in the mayhem. But some questions are bound to be evoked as we revisit the story in our memory. Let us begin dissecting the finality of events, shall we? SPOILERS AHEAD.

The narrative begins in 1879, in the 12th year of the Meiji era. It is seemingly a time of social and political transition. A mysterious man named Enishi Yukishiro reaches Tokyo to look for Battosai the Killer, the man with a scar on his face. After a well-choreographed fight scene, where Enishi beats up a bunch of policemen, he turns himself in to officer Hajime Saito while confessing his dealing of weapons with Shishio. Enishi is well-connected with the Shanghai Mafia, and the treaty between Japan and China allows him to get away scot-free. 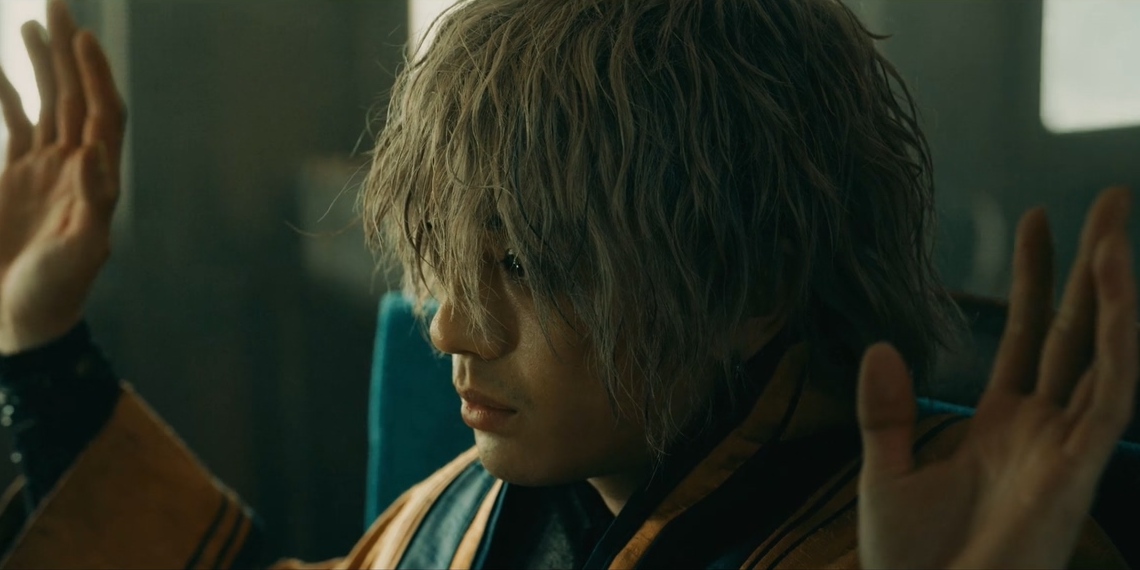 Officer Saito is introduced to Edo, one of Shishio’s Ten Swords, who is working undercover for the government. The legendary assassin Battosai, however, has become Kenshin Himura, who lives a peaceful life in the Kamiya Kasshin Ryu Dojo, with a vow not to kill. Enishi and his men blow up the Akabeko restaurant shortly after Kenshin walks out of that place. Kenshin and Sanosuke reach to meet officer Saito, where they find an inscription on a piece of cloth: “Man judges.”

They get the news that the thugs are targeting the Maekawa Dojo and officer Uramura’s house. Kenshin goes to Uramura’s house and learns that someone wants to settle past scores with him.  Sanosuke reaches Maekawa Dojo, but he is late, and the leader of the dojo is killed. Enishi and Kenshin have a momentary encounter, and Enishi reminds Kenshin that he needs to atone for the killing of Enishi’s sister. The story keeps going back to the past to reveal the relationship between Kenshin and Enishi’s sister, Tomoe.

In the present, the night turns to hellfire as Enishi’s men blow up the city with cannons. Aoshi Shinomori, the Captain of the Edo Hidden Watchers, and his associate, Misao, reach the Kamiya Kasshin Ryu Dojo to help their past acquaintance Kenshin in the fight and to give his late wife’s diary to him. Shinomori is heavily injured in the fight, and in the absence of Kenshin, Enishi comes to the Dojo. Sanosuke invites him for a fight, but he is beaten up, and Enishi leaves with Kaoru.

On the other hand, Cho sends Officer Saito to the house of Wu Heixing in Yokohama, but the address turns out to be a trap. In the end, with ample lives lost and others in tatters, Kenshin gets ready to encounter Enishi and receive the “judgment of man” for his past sins. But some battles need to be fought before Kenshin can go to Enishi, and he gets help from his friends and past associates.

In a past sequence, we see Kenshin killing Kaoru. As it happens before Enishi’s own eyes, all he wants is to avenge his sister’s death by fighting Kenshin. Seeingly, the story goes far into the past, and if you have seen all the films of the franchise, you may have a comprehensive idea about the events that lead to the present rupture. However, for those who do not, the story is quite tethered to Japan’s intriguing history of the Shogunate and its gradual transition to a westernized society. 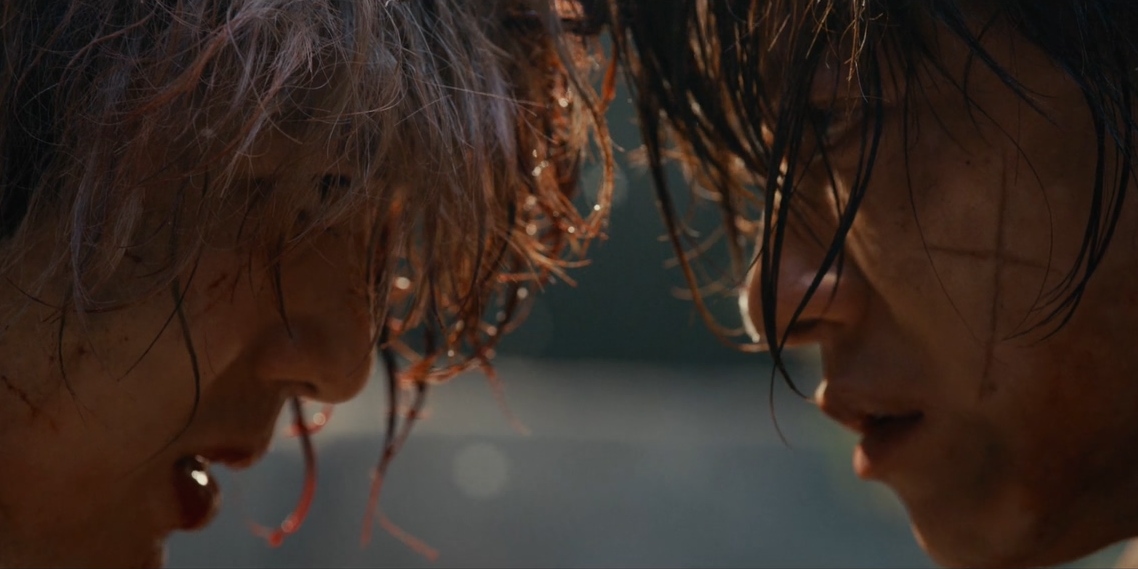 The story begins in the years following the Meiji Restoration, which is touted in history as an era of peace. The history collides with Japan’s rise as an imperial nation and its consequential progression towards becoming a central power in international politics. But the scope of the story goes back to the final years of the Edo era characterized by the conflict between pro-imperial and pro-Shogunate forces, otherwise known as “Bakumatsu.” Tomoe, as divulged in the film, was a pro-Shogunate spy appointed to betray Kenshin.

Kenshin is indeed the notorious Battosai, a hitokiri samurai of the Bakumatsu. Hitokiri samurais openly expressed their dissent against the Tokugawa shogunate. Initially, Tomoe wanted to avenge the death of Akira Kiyosato, Tomoe’s fiancé, who was killed by Kenshin. But in the finality of the film, as Enishi begins to read the diary sent to him by Kaoru, we get the idea that Tomoe really fell in love with Kenshin and changed sides.

In the end, she became a willing martyr to save Kenshin from the pro-shogunate forces. As the scene of the murder is revealed through Kenshin’s rumination, we see that Kenshin wanted to kill the other man, and Tomoe merely became a victim. The finality of the film suggests that she wanted to preserve Kenshin. Tomoe’s love for Kenshin is revealed in the moments before her death when she gives Kenshin the scar and smiles before dying. Kenshin also atones for the death of Tomoe by his own sword, and he takes the vow not to kill another soul. In the finality, then, he hands Enishi over to the police.

Why Does Enishi Not Kill Kaoru?

Enishi is tormented by the death of Tomoe and wants to avenge her death. In his memory, Tomoe never smiles, and when he wants to kill Kenshin and his dear ones, he wants to see Tomoe smile. But Enishi is righteous in heart, and he stops before killing Kaoru. When in the process of suffocating Kaoru, Enishi does not see Tomoe smiling but encounters a sad-faced Tomoe. And that makes him stop before his hands can take Kaoru’s life. 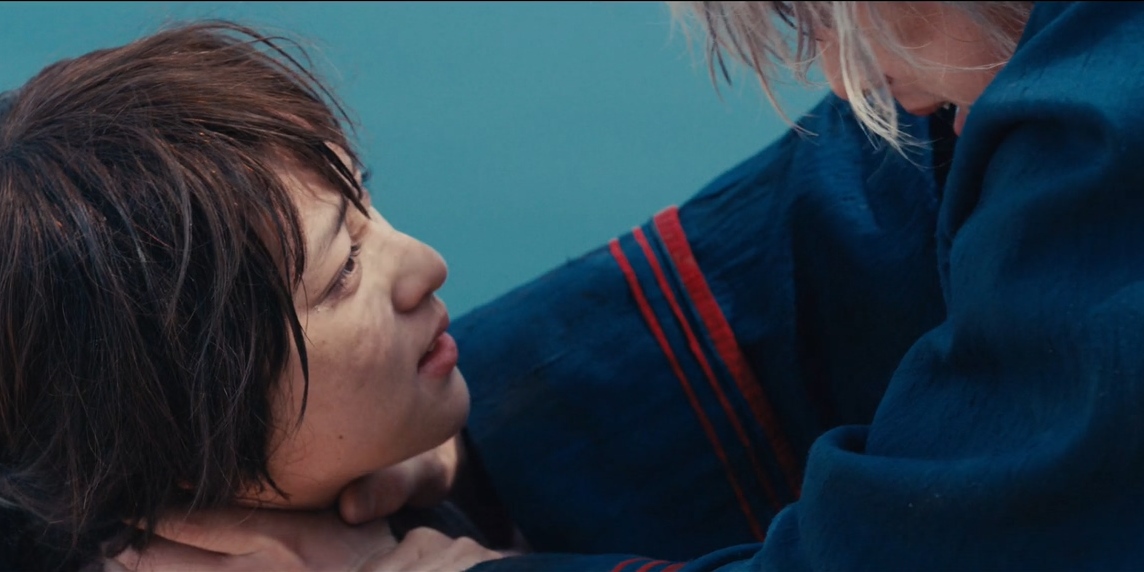 During the showdown, Enishi falls short of killing Kenshin even after giving him a hand battle. Wu Heixing, the Shanghai mafia mogul, shoots Enishi, but a wounded Enishi still possesses enough energy to beat Wu senseless. In the epilogue, Enishi goes to prison to serve his sentence for his crimes in the new era of governance. In the past, the Shogunate would be self-ordained to pass judgment on behalf of divinity, but in the present, as Kenshin tells Kaoru, Enishi has to atone by living his life.

Who Is Sojiro Seta?

When Kenshin reaches the Shanghai mafia den, he encounters Sojiro Seta, a man appointed by Wu Heixing to fight Kenshin. The greatest among Shishio’s Ten Swords, Sojiro Seta is an acclaimed samurai swordsman. But as his confession reveals, Seta was defeated by Kenshin, and as a consequence, he became a wanderer samurai without a clan. Therefore, in finality, he decides to fight on the side of Kenshin, and the mafia henchmen take a hard beating at the hands of the duo.