Ryan Tedder From Songland: Everything We Know 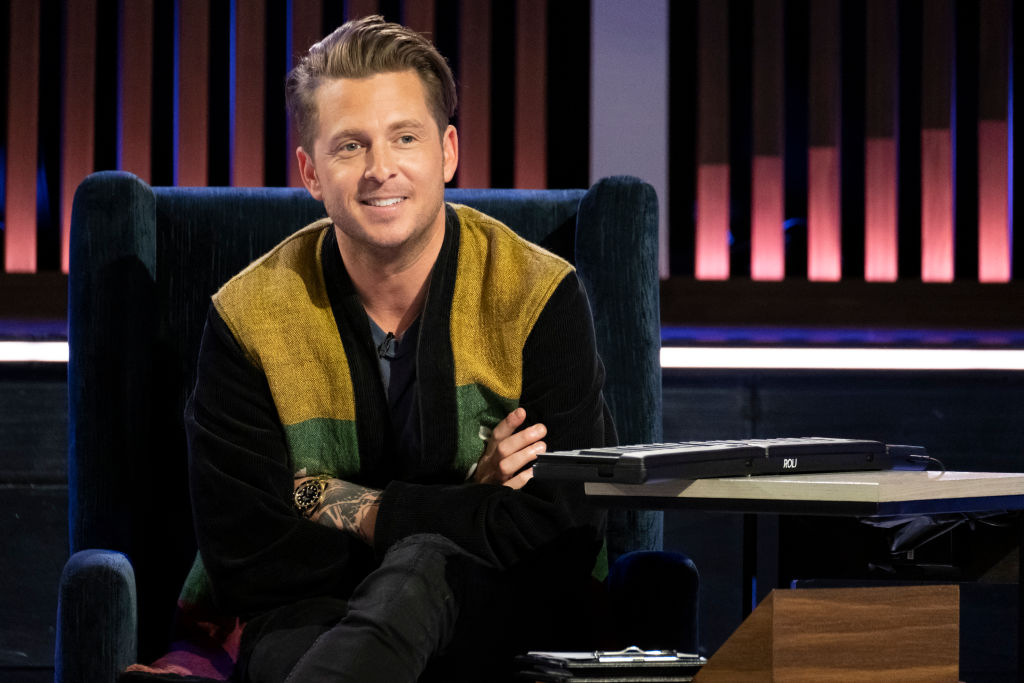 ‘Songland‘ is a brilliant NBC original series that puts the spotlight on undiscovered songwriters and gives us a behind the scenes look into the process of a song is created. With a panel of some of the most renowned music producers and a chart-topping guest artist, the songwriters get a once in a lifetime collaboration opportunity, if they can impress them with their lyrics and melody. One of the producers on the panel in this series is none other than Ryan Tedder.

Who Is Ryan Tedder?

Ryan Benjamin Tedder, born June 26, 1979, in Tulsa, Oklahoma, is an American singer, songwriter, musician, and record producer. The artist was born to Gary Tedder, a musician, and Marlene Cunningham, a teacher, and was raised by an extended family of missionaries and pastors in a Christian church. He learned how to play the piano at the age of three and used to practice it in exchange for candy from his parents.

At the age of 7, he taught himself how to sing by imitating the famous recording artists whose songs were playing on the radio at the time, and after that, he just never stopped being around music. Every opportunity he got, he performed, whether it be through the church, through the school, or through personally formed bands. Ryan has admitted that even though he is Christian, he doesn’t want to be seen as just a Christian artist.

Even though Ryan is quite private about his personal life, he doesn’t mind showing off his own family from time to time. When Ryan was in college, at the Oral Roberts University in Tulsa, where he studied public relations and advertising, he met Genevieve. The two just clicked and they have been together ever since, dealing with the ups and downs and Ryan’s massive success in the music industry.

It was in 2004 that they tied the knot, and when in 2007, Ryan’s band released their first album, he acknowledged and expressed his gratitude towards his wife in its liner notes. Together they have two sons, Copeland Cruz Tedder, born August 2010, followed by Miles Tedder, who was born in September of 2014. In an interview with People, Ryan admitted that his sons have gotten quite obsessed with music and have very strong opinions about some of his own songs.

After Ryan moved from his hometown to Colorado Springs, Colorado for his senior year, he met and became friends with Zach Filkins, who later on became the guitarist of his band OneRepublic. For years, Ryan worked small jobs but when he finally secured an internship at DreamWorks in Nashville, he started singing on demos to start his music career and began producing songs for different writers and labels.

At the age of 21, he entered an MTV singer-songwriter competition, where he performed an original song by the name of “The Look,” in front of millions of viewers and won a record and publishing deal. However, nothing became of it as he never released a song and it was later revealed that the contract itself was not finalized. But, because of the exposure, he caught the attention of Timbaland, who helped him kick start his career.

Not bound by genre, Ryan Tedder became a hit in the music industry by writing and releasing songs that appealed to everyone. He became the front-man of the pop-rock band OneRepublic alongside guitarists Zach Filkins and Drew Brown, bassist Brent Kutzle, and drummer Eddie Fisher with whom he has released 5 EPs and 4 studio albums till now. Some of his hit songs with the band include the global hit “Apologize,” “Good Life,” “Rescue Me,” “Let’s Hurt Tonight,” and “Counting Stars.”

Along with his successful career as a recording artist with OneRepublic, Ryan Tedder is also an amazing producer and songwriter with credits in songs like “Bleeding Love” and “Halo.” Along with that, he has also written and produced for artists like Adele, Ed Sheeran, Lady Gaga, Maroon 5, 5 Seconds of Summer, One Direction, and Taylor Swift. Ryan has even won three Grammy Awards for Album of the Year, thanks to his production credits on Adele’s albums “21” and “25,” and Taylor Swift’s “1989.” So, with all of this combined, it is no surprise that Ryan Tedder’s net worth as of 2020 is estimated to be around $45 million.