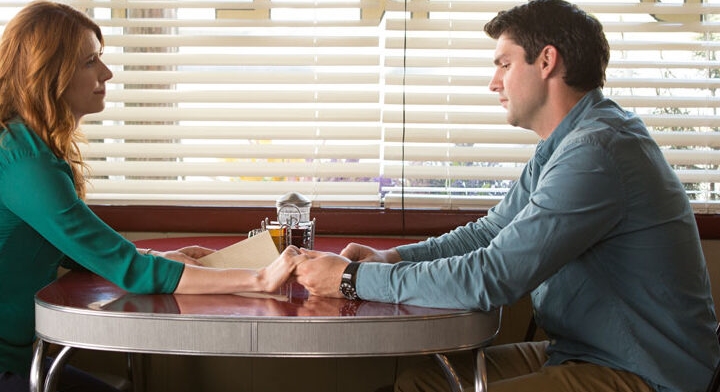 Life often gives us second chances if we know where to look. The latest addition to Up Tv’s roster of romantic content – ‘Same Time Next Week’ – bears this message. The title of the film itself is a promise of continuity and stability and inspires hope. We learn that healing is possible, even from the gravest losses, if we can lean on each other for support and love. The premise follows a man and a woman trying to cope with the deaths of their partners when they find each other and discover a new reason to live.

The love story plays out against a fantastic backdrop as the characters process their emotions. Curious to know where the movie has been filmed? We have got you covered and will also introduce you to the cast.

‘Same Time Next Week’ has been shot in Langley and Vancouver, in British Columbia, in Canada. There are several advantages to filming on location. Firstly, there are numerous financial incentives for filming here, including tax exemptions. It helps smaller productions stay within budget. The stunning vistas are definitely a draw too, and there are professional teams available who can help in the post-production and filming process.

Coming to specifics, we know that scenes have been shot around 200th Street and Logan Avenue, Mc Burney Coffee & Tea House, Hilltop Cafe near Fraser Highway, and the Redwoods Golf Course at Langley. You can check out a tweet about it below.

Here’s also a peek at the scene being shot in the diner.

The main cast of ‘Same Time Next Week’ includes Travis Milne and Jewel Staite. They play the roles of Ryan and Sarah, the two people at the center of the romance that unfurls. Both Ryan and Sarah have to process loss while they also find love. It is a tough ask from any actor since the two emotions are at opposite ends of the spectrum. Luckily both Travis and Jewel are talented actors who will be sure to prove their mettle.

Milne’s name is George Travis Darold Milne XI, and he’s of mixed ancestry. Born in Fort McMurray, George participated in several extracurricular activities as a kid. Among these was the theater program, and he caught the eye of a teacher who recommended he join theater school. He trained rigorously for three years at the RDC Theatre and Film program, before getting his first agent. The starting was not too easy, since George only worked as a part-time actor and full-time carpenter. He’s been a part of television movies and small features, but one can safely say that Milne’s claim to fame is being associated with ‘Rookie Blue.’ You can see Milne during the filming.

Jewel is a relative newcomer to the industry. Born in White Rock, British Columbia, she spent the first three years of her life in Maui. Though Jewel started with modeling, she was recommended to act at the age of six. She’s won the best actor for ‘Meeting Dad,’ a short film from the Vancouver Film School. You can see her with the film’s crew below.

Thus, ‘Same Time Next Week’ has a laudable cast on board, and the locations are only bound to heighten the experience in this touching tale of love and loss.