‘Sanju’: Here’s Why You Should Not Watch It 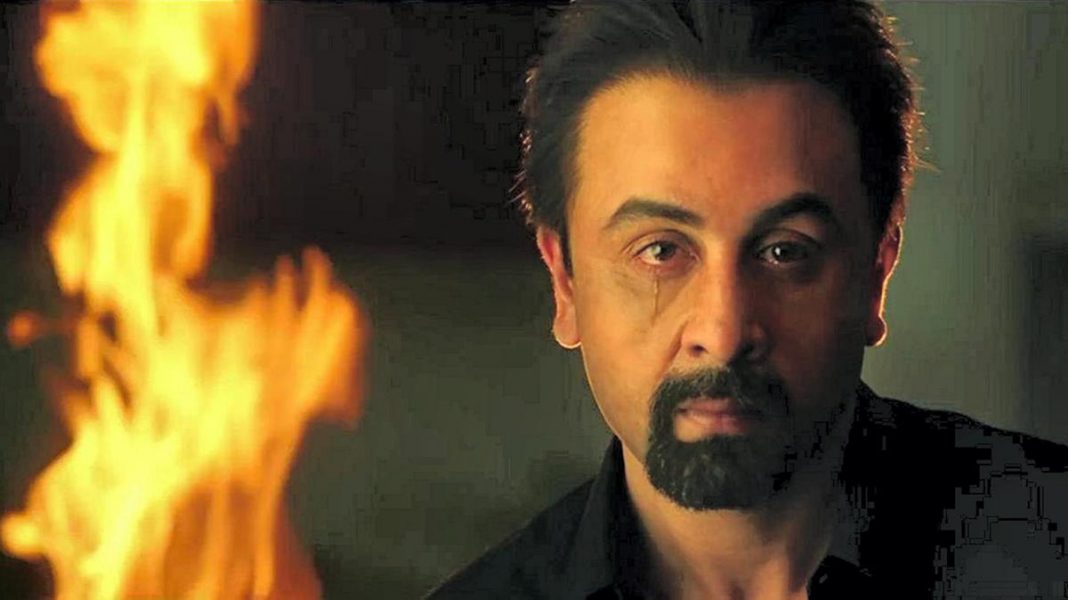 Rajkumar Hirani – the name is synonymous with blockbusters within the Hindi film industry. His films make you laugh, cry and understand the value of family, friends and general goodwill. But is he getting too comfortable in his own skin?

All his films have a similar tone – a feel good family film that teaches you to laugh at yourself and love yourself at all costs. And this formula has worked wonderfully for him till date but in the case of ‘Sanju’ it feels contrived and caricaturish, to some extent. It feels like he made the film to appeal to the middle-class movie going Indian audiences whose only purpose of watching a film is to laugh a little and live a little; without getting bored. Accordingly ‘Sanju’ tries to cater to your funny bones right from the first scene and the first words that come out of Ranbir Kapoor’s mouth. To state the obvious, it does take time getting used to the fact that Ranbir is playing Sanjay Dutt, no matter how brilliantly on his part. ‘Sanju’ is a typical Rajkumar Hirani film alright, but it lacks the straight from the heart appeal of his earlier offerings. The first half of the film can be aptly titled as ‘How to be a drug addict 101?’ as it deals with that tumultuous phase of his life when he was just starting out as a newbie in the film industry with an ailing mother making his job tougher than it already is.

There are a few things that you always notice in a Hirani film – happy-go-lucky elderly people, a radio set, and goons who undergoes a massive change of heart after being lectured on the virtues of being good and doing good. And ‘Sanju’ is no exception, which is not necessarily a good thing because it emanates the feeling of being uninspired and shamelessly cashing in on the novelty of an allegedly true story of an individual whose life is full of natural drama and scandal.

Music has never been the strongest aspect in the films of Rajkumar Hirani or rather it would be best to say that he has no good taste in music. The ‘all-is-well’ types of songs are clearly a misfit in the tale of an actor who led a glamourous life and whose high profile affairs with top heroines were chronicled in numerous film magazines of the 90s. Talking about affairs, not a single reference to real-life romance was mentioned in the film. The director must have decided to do so with good intentions in his heart but dropping a name or two might have added to the authenticity of the film.

The camaraderie between Ranbir Kapoor and Vicky Kaushal (Kamli) is something that will stay with you for a long time. The latter even overshadows the titular hero in solo scenes and through them, Hirani satisfies his fetish of coming up with a new catchphrase every time – ghapaghap, meaning sex. If the screenplay of ‘Sanju’ suffers from not knowing when to make the audiences feel happy or sad, the solid performances of the actors make up for that drawback. No superlatives can do justice to the chameleon-like talent of Ranbir Kapoor who even breathes like Sanjay Dutt in the film. Paresh Rawal and Manisha Koirala in the role of his legendary parents are flawless. Anushka Sharma for some odd reason is obsessed with blue eye lenses here. As the official biographer of Sanjay Dutt, she is quite professional and rather boring.

In his last film ‘PK’, Hirani failed to hide the signs of lacking originality and in ‘Sanju’ we finally get a sense of his own strengths going against him, despite having a solid material in his hand. There are quite a few good scenes that touch your heart and Ranbir makes sure that every time he is on screen, he is nothing short of a miracle. At its best ‘Sanju’ is a tear-jerker but is it good enough to satisfy the ever-evolving and world cinema watching Indian audiences? Probably Not!