Sarah and Carl Collier Murders: Where Are Holly Harvey and Sandy Ketchum Now?

Kevin Collier was devastated to find his adoptive parents murdered in their home in Fayetteville, Georgia. Right away, he knew exactly who was responsible. Investigation Discovery’s ‘Twisted Love: Hell to Pay’ chronicles how Sarah and Carl Collier became the victims of a couple who refused to stay apart. So, if you’re wondering what happened and how the shocking crime was solved, we’ve got you covered.

How Did Sarah and Carl Collier Die?

Sarah and Carl Collier shared a home in the small city of Fayetteville, not too far from Atlanta, Georgia. While 73-year-old Sarah was a homemaker, 74-year-old David worked most of his life for Delta airlines and later switched to painting houses. Everyone knew them as the hardworking couple that regularly went to church. They had adopted two children many decades ago and had their granddaughter, Holly Ann Harvey, staying with them at the time of the incident.

On the evening of August 2, 2004, Kevin received a call from a family friend and went down to his parents’ home. There, he discovered a bloody crime scene. Carl was stabbed to death in the kitchen while Sarah was in the basement and suffered a similar fate. The Colliers’ car was missing, and the authorities knew right away who to look for. However, the story of what happened remained a horrifying one.

Who Killed Sarah and Carl Collier?

Kevin told the authorities about Holly and her girlfriend, Sandy Ketchum. Both teenagers grew up in a challenging environment at the time. Holly’s mother, Carla, had trouble with drugs and crime, meaning Holly constantly moved around. On the other hand, Sandy’s father married many times, and some of the women were abusive toward the teenager. Both of them were rebellious and had met at school. Holly’s grandparents eventually took her in, and she lived in the basement. Despite their reluctance at Holly dating Sandy, the couple continued to see each other.

The police knew the girls were driving the Colliers’ car. Eventually, they were taken into custody the next day at Tybee Island, Georgia. While Sandy cooperated immediately, it wasn’t the same with Holly. However, in a deal with the prosecution, the latter agreed to describe the events from August 2, 2004, as they unfolded. The girls had been smoking and listening to music in the basement when they decided to buy something to calm them down.

But to get to a dealer, they needed a vehicle and felt her grandparents’ car would work just fine. Figuring they wouldn’t lend the car to the teenagers, Holly thought they should kill her grandparents. After talking about hitting them in the head with a lamp, they zeroed in on stabbing Sarah and Carl. So, the girls picked up some knives and tested them to see if they were sharp enough for stabbing.

Then, they began smoking marijuana in the basement, hoping the grandparents would come downstairs. Sarah and Carl eventually came down to pick up a suitcase, at which point Holly stabbed her grandmother in the back. As Carl pinned her down, she stabbed him in the chest. Then, Holly followed her grandfather as he retreated upstairs, hoping to call for help. At that point, she ripped the telephone cord out. Carl had a knife in his hand that Holly said she grabbed and then stabbed him multiple times.

In the meantime, Sandy stabbed Sarah downstairs. The girls then collected the murder weapons and drove off in the car. They were tracked through cell phones; Holly still held on to her grandmother’s cell phone. After the arrest, the authorities found a bag of bloody clothes and knives on the girls. In the house, they found a poem that mentioned how Holly was depressed and just wanted to kill. Another thing that caught everyone’s attention was a checklist on Holly’s hand in ink that said, “Kill, keys, money, jewelry.”

Where Are Holly Ann Harvey and Sandy Ketchum Now?

Holly was 15, and Sandy was 16 when they committed the murders. Holly later stated that she killed her grandparents to be with Sandy. The teenager further added that Sarah called her a slut and didn’t treat her well and that her grandfather used to hit her. In April 2005, Holly pleaded guilty to two counts of malice murder and was handed down two consecutive life sentences. 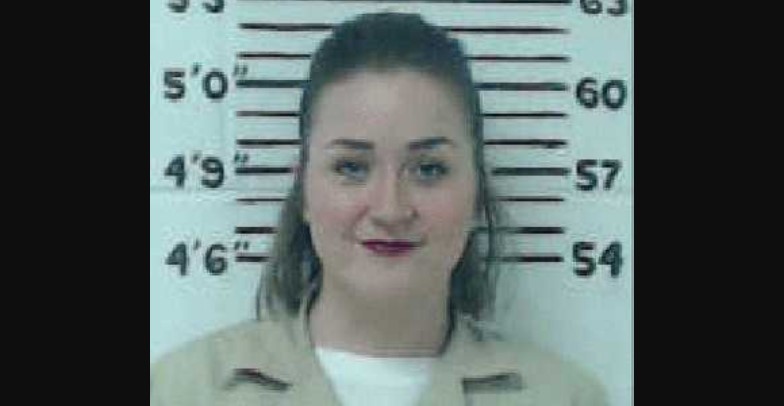 Sandy pleaded guilty to murder and armed robbery and was sentenced to three concurrent life terms. She was eligible for parole after 14 years and has since been released from prison, from what we can tell. Sandy has maintained a low profile considering the circumstances, and her last known location is Georgia. As for Holly, she remains incarcerated at Lee Arrendale State Prison in Alto, Georgia. Holly will be eligible for parole in 2024.