Where is Sarah Goode’s Daughter Now? 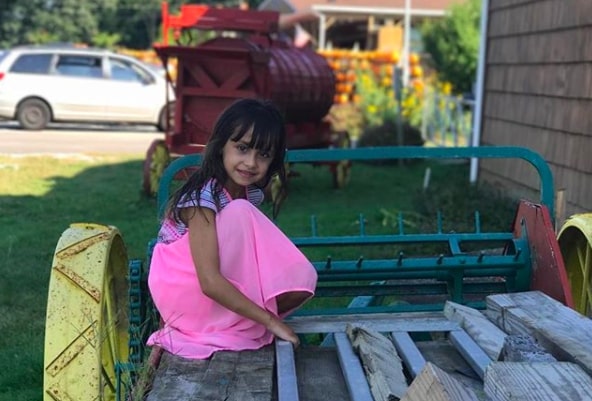 Sarah Goode was 21 years old when she was raped and brutally murdered. The subsequent aftermath of the crime saw a charged Goode family seeking justice. Whether it be arranging search parties or appearing at court trials, they were present. Sarah Goode comes from a family of 9 children, and being the youngest, she was always dotted on. As a teenager, she got pregnant and gave birth to her daughter. Her relatives and friends remember her as a highly affectionate and capable mother. NBC Dateline’s latest episode tries to shed more light on the life of Sarah Goode before it was cut short.

Jocelyn is Sarah Goode’s daughter, who was four years old when her mother was killed. Goode gave birth to her when she was just a teenager. She was in a relationship with a boy from school who eventually went to the army. However, things did not work out when he returned back home. Thus, Goode ended up being a single mom to her daughter. Though all her siblings and parents helped her with raising Jocelyn, the family ascertains that Goode was a really capable mother. They believe it is because she grew up in such a large household. One of her friends said: “…She had so much experience you know. Her sisters and brothers having so many kids. She was always baby sitter number one.”

Goode did not even drop out of school just because she got pregnant. She went on to college and graduated to eventually become a medical technician. The family was doing pretty well before the tragedy struck.

After Goode was killed, there was a Go fund me page that was set up for willing people to contribute money that would go into Goode’s funeral expenses. It read: “Money raised through the site will go to pay for funeral and burial costs, and any additional funds raised beyond that will be used to support Sarah’s four-year-old daughter, Jocelyn.”

In addition to this, Goode’s family also set up a Facebook page that aims to keep Goode alive even though she is no longer with them. The page’s last post was in 2016 when they told the public that Jocelyn is celebrating another birthday without her mother.

Where is Jocelyn Now?

Jocelyn now seems to be under the care of her mother’s family, but mostly with one of Goode’s sister and her husband, Nick. This is because Nick Giannetto’s Instagram page is filled with pictures of a young Jocelyn.

Their photos together surely make it seem like he has stepped into the role of both an uncle and a father for Jocelyn.

In any case, though her mother is no longer there to support and watch her grow, she seems to have a caring family who will step into her shoes to raise her daughter. (Featured Image Credit: instagram.com/nick.g9409)