Are Savannah & Nic From Growing Up Chrisley Still Together? 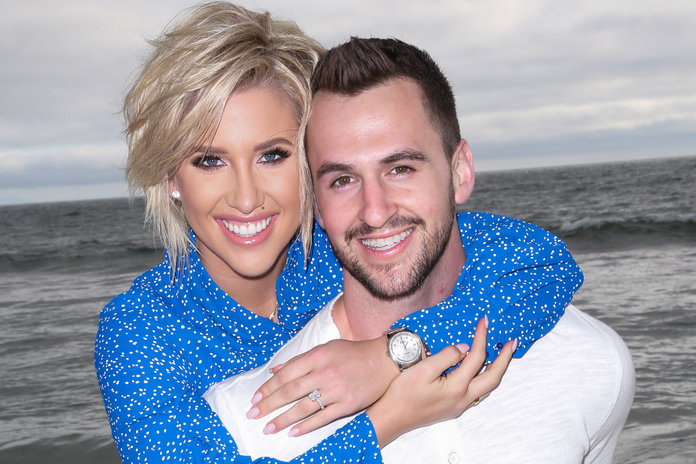 The star of ‘Chrisley Knows Best’, Savannah Chrisley, who proceeded to launch her own show, ‘Growing Up Chrisley’, alongside brother Chase, turned heads when she got engaged with beau Nic Kerdiles in Christmas 2018. The daughter of real estate tycoon Todd Chrisley has had her share of trials and tribulations in her relationship with the former NHL hockey player. So have they managed to get ahead of their problems? In other words, are they still together? Read on!

Nic is a native from Texas and played hockey for the Anaheim Ducks before joining the Winnipeg Jets. However, he had to retire early due to multiple injuries and currently, works as a licensed real estate agent in Nashville. He met Savannah on Instagram and the two started dating in November 2017.

In December 2018, Nic popped the question to Savannah, and she immediately accepted. The news was announced in public in April 2019. However, in October 2019, Savannah said in an interview with E! News that she and Nic were “taking some steps back” and had decided to focus on their “God-centered” relationship. And the statements instantly sparked rumors that the couple might have broken up. But are the speculations true? Let’s find out.

Are Nic And Savannah Still Together?

YES! The lovebirds are very much together and still a lot in love. Refuting all rumors, Nic explained during an interview in Todd Chrisley’s podcast ‘Chrisley Confessionals’: “I mean, we’re together. Savannah and I are fine. We are working on ourselves every single day and our relationship. And listen, it’s not a perfect road like we go through ups and downs. There’s a lot of stuff that I need to work on, there’s a lot of things that she needs to work on, and communication being one of them. So, we are very happy. We are in a good place.”

A scroll through their Instagram handles and you will come across multiple posts, which prove that the couple is enjoying the days before the upcoming nuptials. In one of the posts, Nic addresses Savannah as special and says: “This one is something special… I am not sure how I got this lucky to have found my best friend so early in my life” …

Nic also admits that the couple has faced multiple tests but in the end, their love has never wavered. He even thanks Savannah for her unconditional love and praises her for the woman she’s become. And can you see Savannah’s adorable reply on the caption? She says: “I love you kid ❤️.”

So what about an upcoming wedding? Well, both the stars have confirmed that they are taking time to figure things out and work together. They still need to understand each other more.

Savannah discussed her wedding plans with People, saying: “Whatever I want, he’s [her fiance] good with. I mean, I don’t think I would be a bridezilla, but I probably will. I have my wedding dress picked out, I want a huge cake — there are so many different things that I want. But dad and I were on the same page, so I think we’ll be good.”

Read More: Are Jax and Brittany From Vanderpump Rules Still Together?