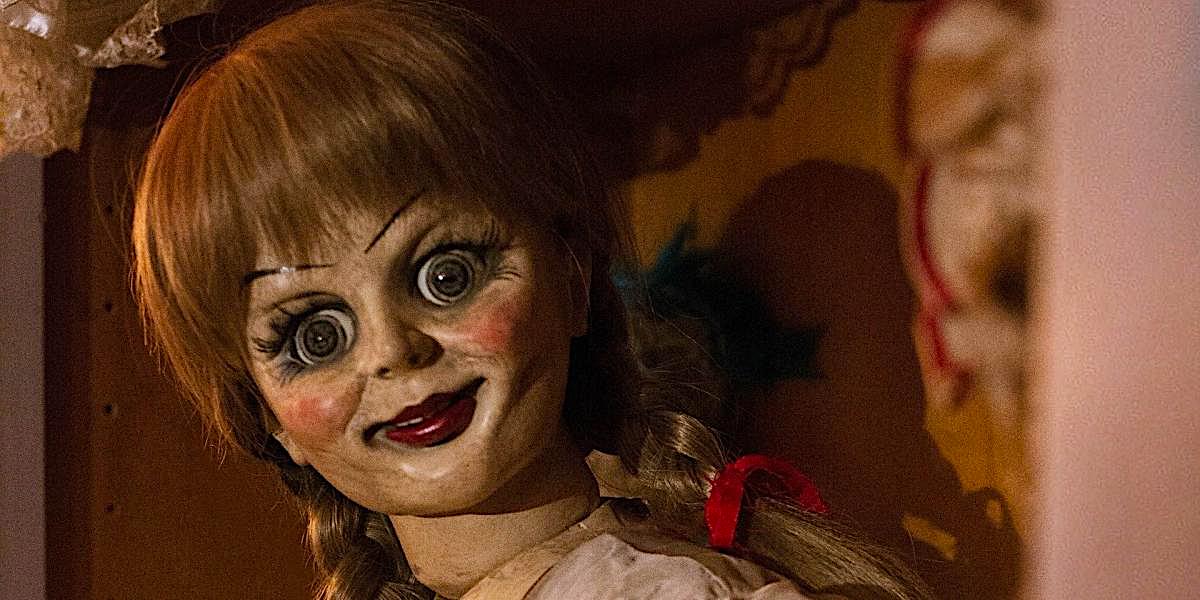 Let’s face it, dolls are creepy! They have dead eyes, blank expressions and while we might have liked them as kids, every time I imagine a doll staring at me it gives me the heebie-jeebies. There have been many killer dolls in movies over the years that have only gone to strengthen my aversion, and prove me right. Here are a list of top 10 doll horror movies. The killer dolls in the movie are going to scare the sh*t out of you. You can watch some of these best doll horror movies on Netflix or Amazon Prime or Hulu. 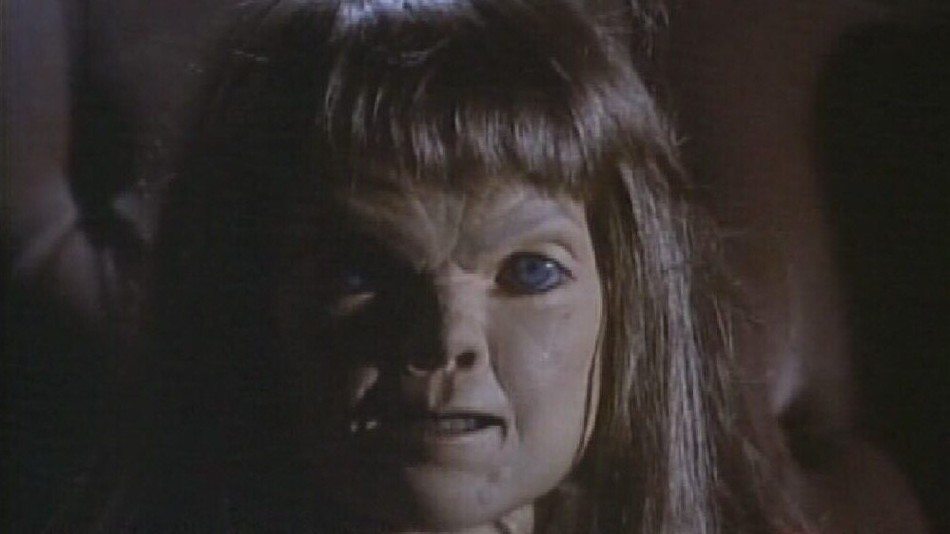 This doll is possessed by a Mayan spirit Sanzia. The plot is pretty similar to Child’s Play except for the fact that it is based in Mexico. Directed by Maria Lease, the film follows the possession of the doll and the interaction of the doll with the child. The escalating violent behavior and the disturbing actions of the doll itself, accompanied by the scary screen presence that the doll had in the movie all go to make this one of the memorable killer dolls in history. 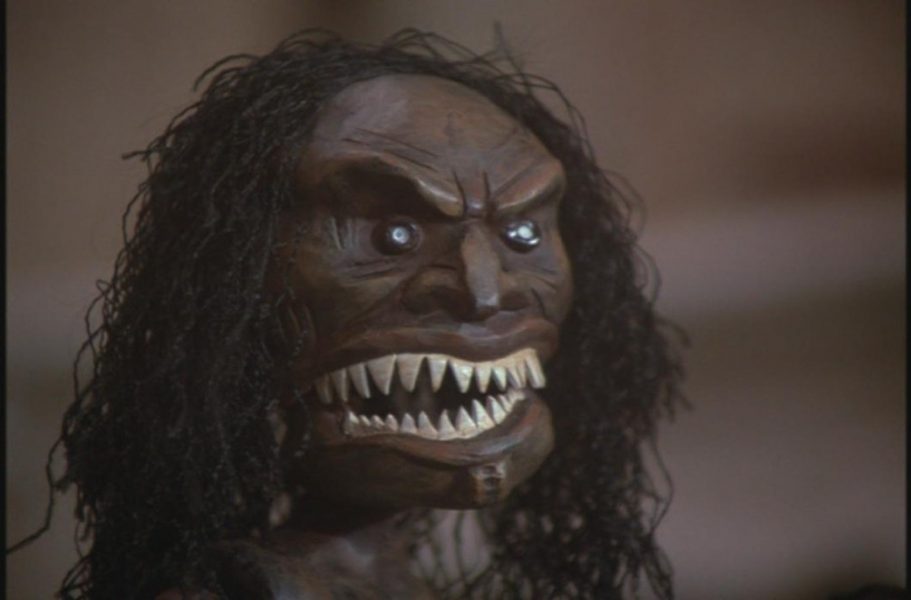 This doll is possessed by the spirit of a demon known as He Who Kills. The doll made an appearance in a not so popular American horror anthology made for television. However, for cult horror lovers, this doll holds an integral position. A small but fiercely evil and persistent spirit, it is bound within the doll to prevent escape. However, Amelia, the woman in possession of the doll misplaces the binding and is found being chased around the house by this malevolent spirit. The ferocity despite the size is what is unnerving about the doll as it seeks Amelia out repeatedly in attempts to murder her. The tale ends in a twist with the spirit ending up possessing Amelia’s body. The Zuni Doll has remained one of the popular icons of cult horror for a long time. 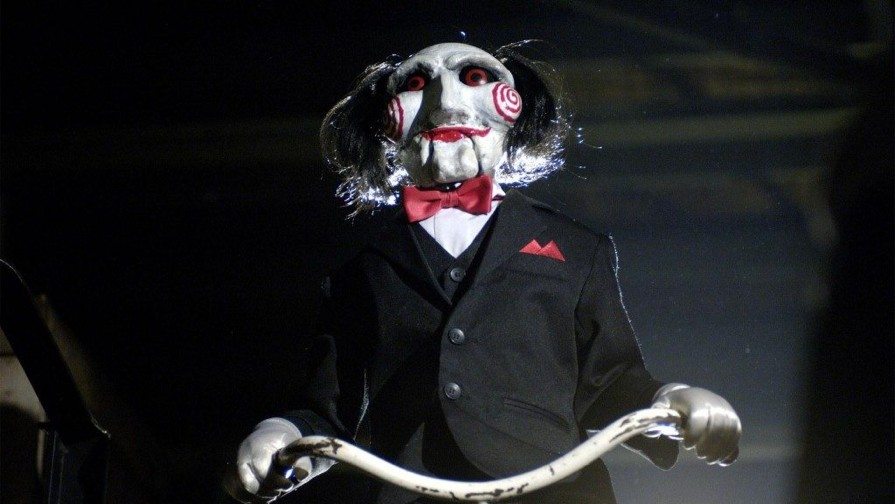 Not to be confused with the Billy from Dead Silence, this Billy is perhaps even more famous. Created by James Wan, Billy is the puppet that appears on screen in the Saw franchise to communicate messages and explain the game rules. While Billy itself does not commit any crimes to be honest, yet, by association with a deranged serial killer called the Jigsaw killer, Billy has become an inherently scary sight in the movies. Whenever Billy appears on the screen, there’s one certainty – terrible things are about to happen. 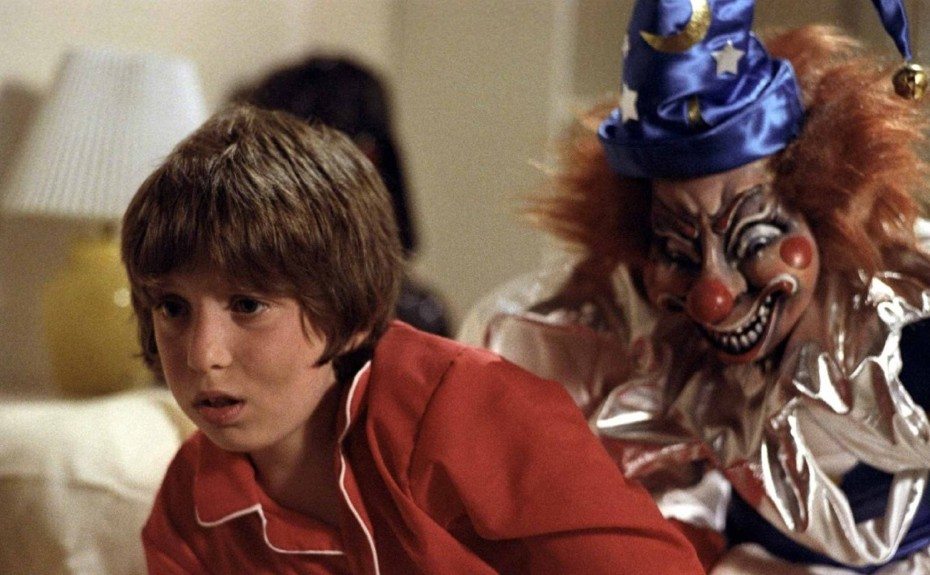 This doll from the Poltergeist movie has received some unfair hatred. To be clear from the offset the doll itself was not evil, and while I am no huge fan of clown dolls, I have to admit that the doll was only temporarily possessed by spirits to serve as a distraction while the actual abduction took place in the movie. However, the on screen presence of the doll had become so terrifying and in fact the clown doll scene became one of the scariest moments in the Poltergeist film, meriting it a place on the list. The way the doll drags Robbie under the bed until Robbie manages to tear the stuffing out of the doll will remain with viewers over many nights and several nightmares. 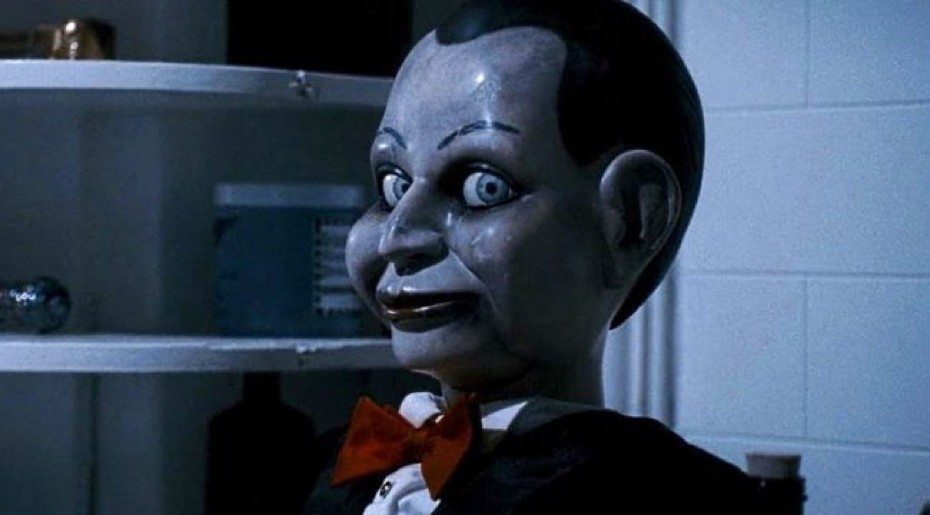 Billy from Dead Silence was a memorably creepy doll in a movie where there was no dearth of creepy dolls. While Billy, the doll itself is not a killer, the slicked back hair and blank expressions on the doll’s face is a creepy enough and well, Billy happens to be controlled by a demonic ventriloquist who kills people who scream. This is definitely a toy one would want to keep out of children’s hands, and anyone’s hands in general. The supernaturally controlled Billy serves as a medium for the ventriloquist and the appearance on screen is enough to send shivers down our spines. 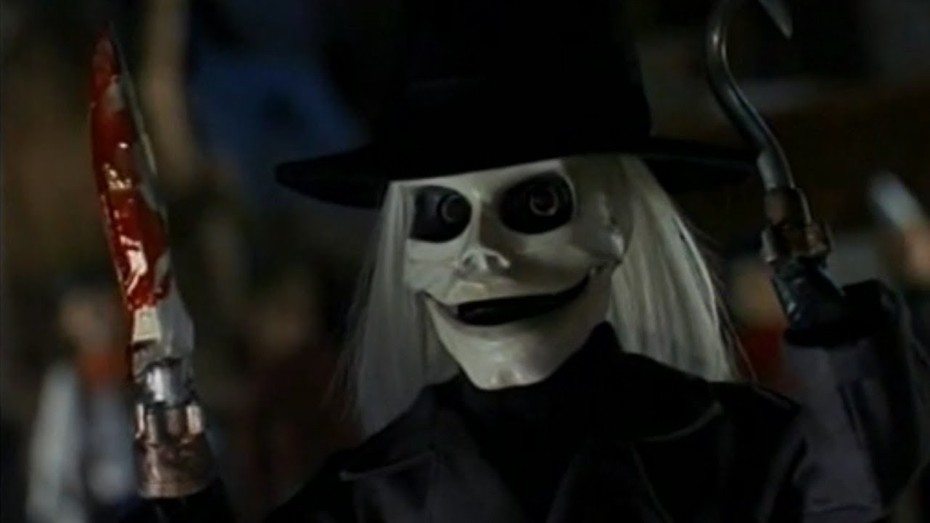 Although the Puppet Master movie series itself is long drawn out and often slips from poor horror to outright comedy, Blade remains one of the spookier dolls to have appeared in this series. Created by Andre Toulon and designed after a Gestapo Major Krauss, the doll has the soul of a German scientist and medical doctor named Dr. Hess. Blade appears to be the leader of the marionettes and with weapons for hands and blank face with piercing eyes, Blade is definitely one of the most memorable killer dolls guaranteed to give viewers a few sleepless nights. 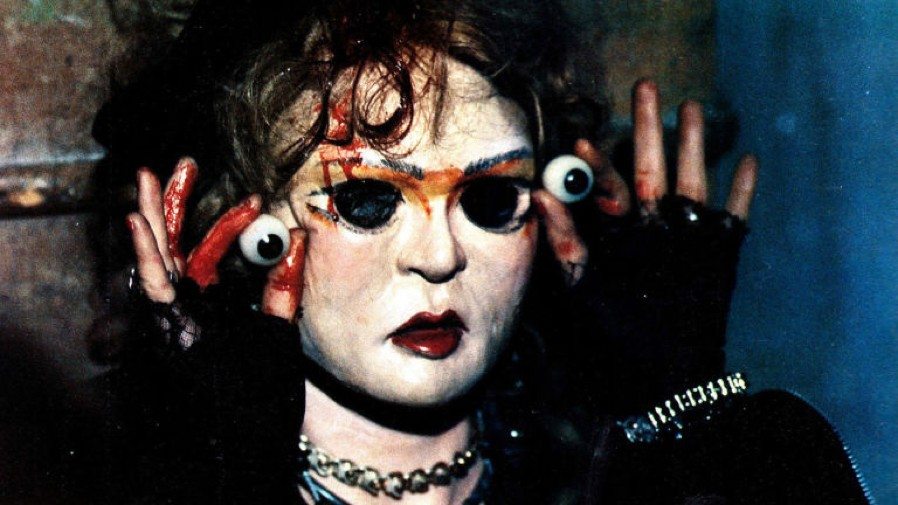 Okay, so there are no particular dolls in this film that are scary, but what’s worse is that all the dolls in this film are scary. Stuart Gordon’s film titled Dolls, is probably what set off the horror dolls genre to a proper start. Although the film itself was never a commercial success, the idea of dolls being possessed by evil spirits seemed to resonate with the viewers and other filmmakers. As for the dolls in the film itself, they were all filled with spirits of immoral people as a form of punishment. That is one doll collection I’d steer clear of. 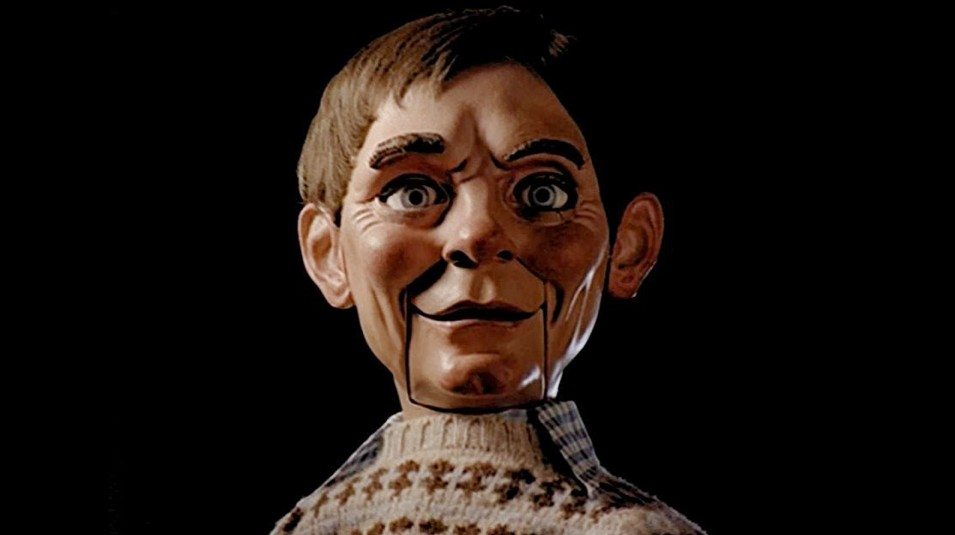 Fats is one of the finest killer dolls on this list, and perhaps the only one not possessed by some evil spirit. The infamous doll from Richard Attenborough’s psychological thriller, Magic, Fats is a doll which becomes a manifestation of its owner’s id. The owner, Corky, played by Sir Anthony Hopkins, seems to be controlled increasingly by Fats due to his mental health issues and at a point of time the doll gains complete control over his life. This comes much later, of course, the doll already having convinced him to commit multiple murders. The apparent jealousy of the doll, the acts of horror and the fine ending of the film all go to make Fats one of the scariest killer dolls in cinema. 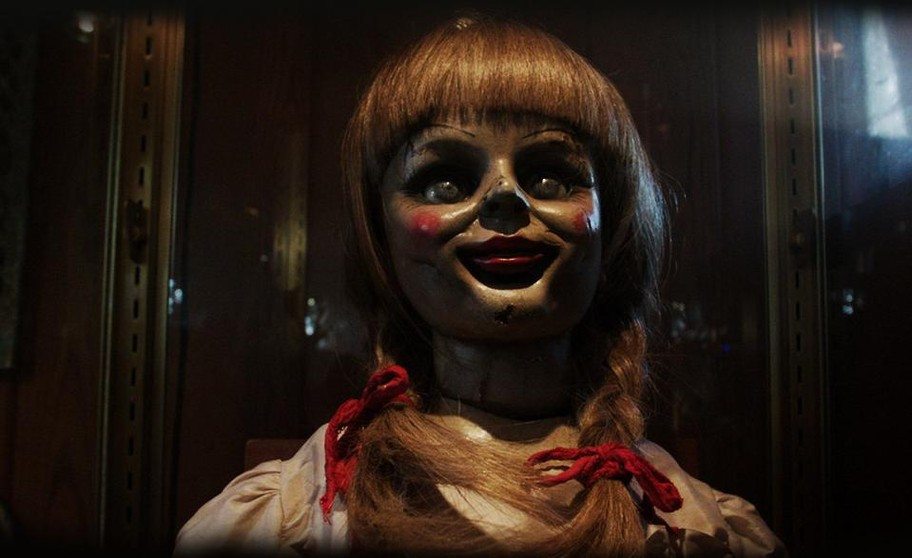 Remember what I said about how I hope I never come across these dolls in real life? Well, this doll exists in real life. The film version of Annabelle was actually based off the real haunted raggedy Ann doll that is safely locked up in the Warrens’ museum. The name Warren will be familiar to those that have watched the Conjuring. The Annabelle doll is extremely scary in the movies. The face embodies evil and doll which happens to be infested by a malevolent demon embodies evil just as much. Throughout the course of the three movies that Annabelle has appeared in, the doll has managed to plague its victims to death and has risen swiftly in the ranks to become one of the most popularly recognized and one of the scariest dolls in cinematic history. 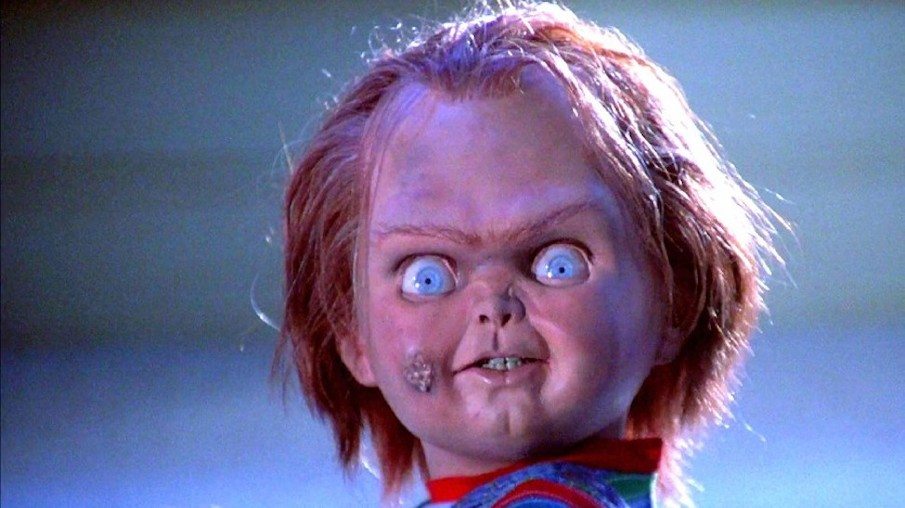 The main antagonist from the Child’s Play horror film series, this doll tops the list as one of the first dolls from the movies that would send shivers down viewers’ spines. Created by Tom Holland and voiced by Brad Dourif, the doll’s story is that it is inhabited by the soul of a serial killer who used voodoo and the doll is always on the quest of transferring the soul to a human body. Recognized as one of the most famous horror icons of all time alongside the likes of Freddy Krueger and Leatherface, Chucky is a doll no one in their right minds would want on their doll racks.