Scary Stories to Tell in the Dark Ending, Explained 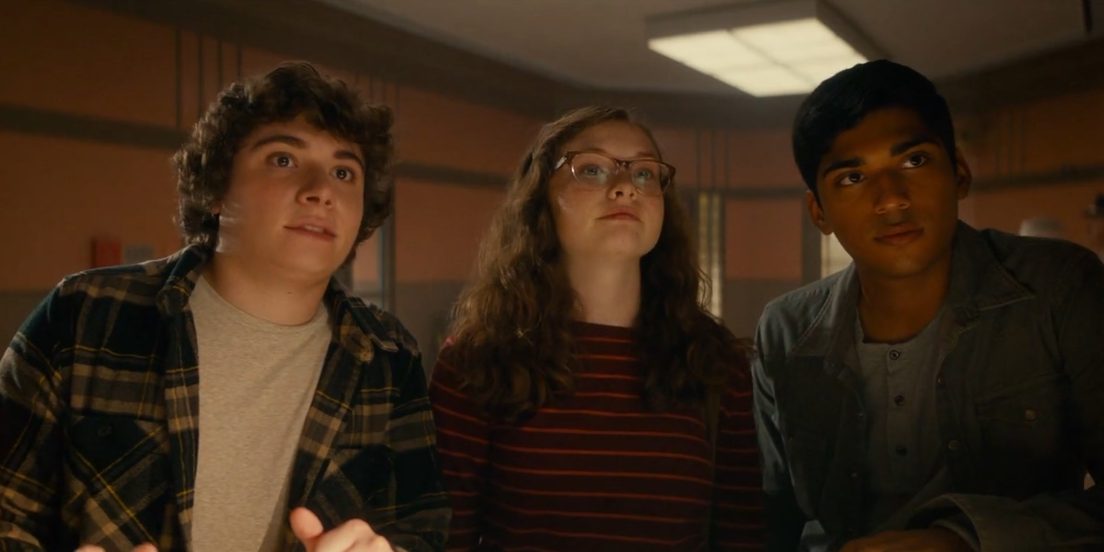 Stories hurt. Stories heal. And if you reiterate them long enough, stories become real. André Øvredal of ‘The Autopsy of Jane Doe’ fame raises hell through the power of storytelling in the dark and chilling horror movie ‘Scary Stories to Tell in the Dark.’ Friends Chuck, Auggie, and Stella meet a mysterious charmer, Ramon, in the process of fleeing a bully gang. They end up at a haunted house, and the spook starts unraveling. However, as the story is intricately told, the ending may be confusing. If you are still scratching your forehead, let us put an end to your questions. SPOILERS AHEAD.

Scary Stories to Tell in the Dark Plot Synopsis

It’s a volatile time with the Vietnam War raging in far-flung frontiers. In the small township of Mill Valley, lifelong friends Chuck, Auggie, and Stella are gearing up for the year’s Halloween. Meanwhile, they want revenge on the bully gang led by Tommy Milner and his two sidekicks. Stella does not want to go out on Halloween, but Chuck and Auggie convince her. Tommy may not be in the town the following year, and this is seemingly their final chance to square things out. 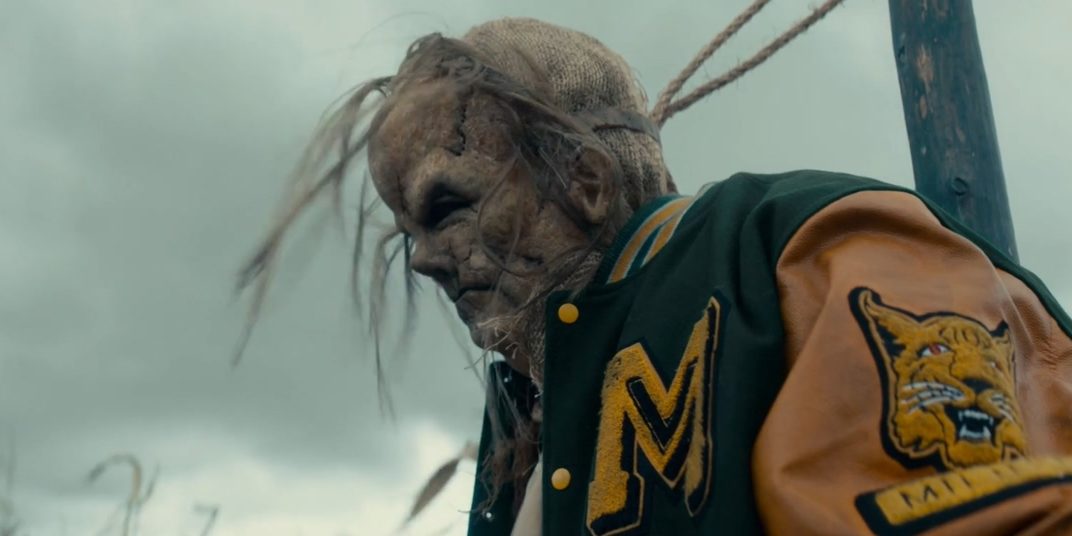 After trick-or-treating, the trio discovers Tommy’s car. Like every year, Tommy and the gang snatch away their bounty, only to find stale undies. Chuck, Stella, and Auggie start hurling eggs. When that is not enough, they resort to impromptu Molotov cocktails. Tommy’s car crashes on a fence, and to Chuck’s dismay, Chuck’s sister Ruth is out on a date with Tommy. When chased by the bully gang, Chuck, Auggie, and Stella run to a drive-in theatre. They hop into the car of Ramon. While Chuck is a bit too nosey, Stella and Ramon bond over ‘Night of the Living Dead.’

The bully gang catches up, but thanks to cold hostility from Ramon and outrage from the fellow theatergoers, they have to leave. Stella leads the party to a haunted house, which should have been pretty lit on Halloween, but the disappearance of some children has compelled the authorities to put up a large fence around the property. A girl named Sarah lived in the house, which is supposed to be haunted. Not much is known about Sarah apart from her flair for macabre stories. As they find the mythical book, a series of horrific events start to unravel with stories writing themselves.

Scary Stories to Tell in the Dark Ending: Did Sarah Really Kill The Children? What Happens To Sarah’s Book?

Early in the story, the friends sneak past the fence and enter the haunted house. The house belonged to the Bellows, one of the first families to settle in the town in the late 19th century. Their paper mill put the town on the map and possibly gave it its name.  Thanks to Ramon’s lock-picking skill, they get into the building in no time. The Bellows had a daughter named Sarah, who never came out of the house.

Little is known about her since the family erased her from every picture. After sighting a dog and a woman in a black gown, Chuck becomes scared. Tommy locks them inside, but Stella finds the book of Sarah Bellows. She asks Sarah’s ghost to tell a story, but nothing happens for the time. The door unlocks by itself, and on the way out, they discover Tommy and his gang have wrecked Ramon’s car. 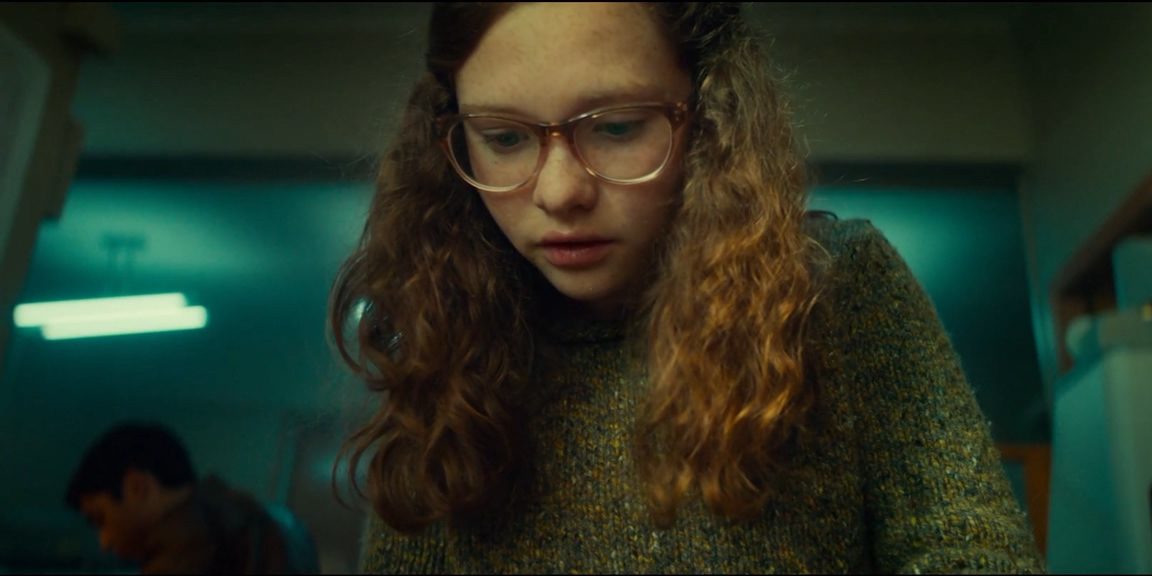 Stella offers Ramon a place in the basement. Ramon checks out Stella’s collection of scary magazines. Meanwhile, the book starts writing a story called ‘Harold.’ The story is about Tommy’s encounter with a walking scarecrow, the one Tommy was bashing earlier. The following morning, Tommy goes missing while Ramon faces profiling from the police. Investigating the crime scene, Stella discovers the scarecrow named Harold wearing the baseball jacket of Tommy.

After Auggie’s disappearance, the friends meet and attempt to burn the book. However, the book seems to be indestructible. They head to the office of Mill Valley Gazette to dig into the archives. The Bellows family fired slaves Sylvie Baptiste and her daughter Lou Lou, for they allegedly taught Sarah black magic. Sarah hung herself in 1898, and all the family members mysteriously disappeared after that.

The father, Deodat Bellows, left without selling the paper mill, and another son of the family, Ephraim Bellows, also disappeared. Stella finds that Sarah has written stories about her family members, triggering the deaths. While Lou Lou confirms Sarah’s existence, she cannot help much. They head to the Pennhurst Hospital for more clues. The classified data would take six weeks to process, but they do not have the time.

Stella and Ramon break into the R.E.D. Room to find documents about Sarah. Ramon discovers a wax cylinder, which makes the picture clearer. Sarah had a condition called achromasia albinism (lack of melatonin that results in pale skin), but there is no mention of a mental illness or disability. Digging deeper, they find that Ephraim Bellows, Sarah’s brother, was also the doctor assigned to the case.

As it turns out, Sarah did not kill the children. Sarah’s family poisoned the water with mercury from the mill. That is how the children died, and because Sarah was vocal, her family needed to silence her. In the end, Sarah gives Stella a glimpse of her life in the darkness, and after luring Stella into her confinement chamber, Sarah seeks to end Stella, much like Auggie and Chuck.

But Stella tells her that she will let the world know of the truth. Sarah gives Stella her fountain pen and asks her to write with her blood. As Stella utters the real story behind the myth, Sarah possibly makes amends with the past woes. Following a diabolical scream, Sarah withers, while Stella presumably leaves the diary at the haunted house. The following scene sees Stella writing with her typewriter, and we get the idea that she has abandoned the journal.

Are Stella And Ramon Dead or Alive? What Happens to Chuck and Auggie?

The first story, ‘Harold,’ takes the life of Tommy. The friends realize that people do not read Sarah’s book. The book instead reads people. The following story, ‘The Big Toe,’ is about Auggie bumping into a bucket of toe stew, and consequentially, a ghastly specter looking for its lost toe. The story turns true, and Auggie disappears from the picture. Next in line is Chuck. While they are looking at newspaper archives, the diary starts writing another story, ‘The Red Spot.’ 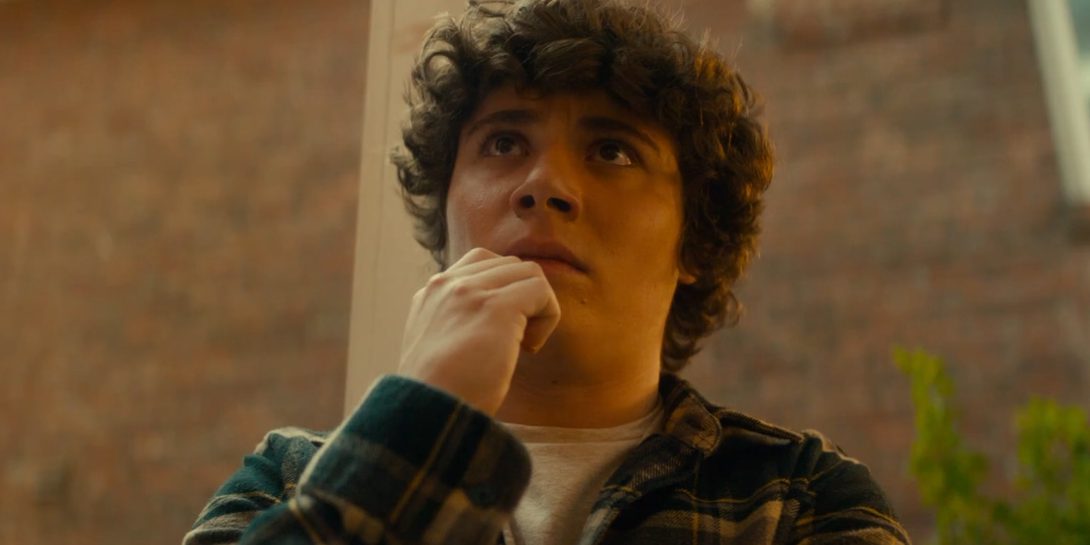 Although Chuck is scared looking at the sauce stain on his shirt, the story’s protagonist is his sister Ruth. Ruth has developed a lump on her cheek before the show and retreats to the washroom. To her dismay, spiders start to come out of the swelling, but thankfully, the trio arrives and contains the situation. Stella spots the ghost of Sarah in the bathroom. Ruth is taken to the hospital while Stella, Chuck, and Ramon track down Lou Lou. They visit her home at 220 Goldshire Road.

Lou Lou is not of much help, but she gives Ramon the idea of looking into patient records. Meanwhile, Chuck dreams about being locked with a ghastly fat woman in a red room. The lady at the hospital reception tells them that the old records are kept in the R.E.D. Room. The R.E.D. stands for Research and Evaluation Department, but the wordplay cannot help Chuck. He separates from Stella and Ramon, only to appear in an actual red room. Four spooky specters corner him, and one imbibes Chuck into its body. In the end, Auggie and Chuck do not return. However, after making amends with Sarah’s ghost, Stella and Ramon escape the nightmare alive.

Read More: Is Scary Stories to Tell in the Dark A True Story?