Is Scary Stories to Tell in the Dark Based on a True Story? 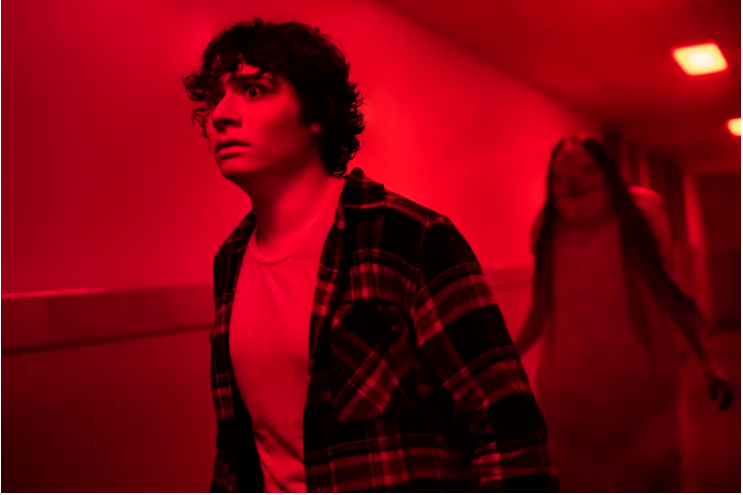 Director André Øvredal unveils a world where stories come true in the nerve-racking horror movie ‘Scary Stories to Tell in the Dark.’ The story follows lifelong friends Chuck, Auggie, and Stella, as the night of their 1968 Halloween blows out of proportion. The friends initially intend to teach Tommy and his bully gang a lesson. But the plan backfires, and they hide in the car of dreamy guy Ramon. Escaping Tommy, the quartet heads to a local haunted house.

Although the house looks benign for the time, their tour unleashes a series of horrific events in town. The past seeps into the present, while the truth gets obscured amidst myths and legends. Zoe Margaret Colletti, Michael Garza, Gabriel Rush, and Austin Zajur deliver commendable performances, and the dreadful ambiance can make you hide under the blanket. However, does the story have a basis in reality? If this question is bugging you, let us decode the mystery.

Is Scary Stories to Tell in the Dark Based on A True Story?

No, ‘Scary Stories to Tell in the Dark’ is not based on a true story. However, while ghosts may or may not be real, stories certainly are, the film seems to suggest. Horror movie director André Øvredal of ‘Trollhunter (2010)’ fame directed the film from a screenplay penned by Dan Hageman and Kevin Hageman. The screenwriters based the tale on a screen story produced by Guillermo del Toro, Patrick Melton, and Marcus Dunstan.

However, the basis of the story is the homonymous children’s book series by Alvin Schwartz. Stephen Gammell did the original charcoal-and-ink illustrations, and his macabre depiction created a lot of uproar in the media. While penning the stories, Schwartz borrowed heavily from old American folklore and urban legends. The three books of the series have collectively sold over seven million copies. The books scared people so much – not only children but also their parents – that there were attempts to ban them from school libraries.

The Chicago Tribune ran a story in 1993 about the controversy surrounding the books. A schoolteacher even claimed that if the books were made into movies, the movies would undoubtedly get an R-Rating for the violence and macabre elements. However, despite the controversies and allegations, the series has made its mark in the cultural canon. And thankfully, due to the remarkable treatment by Øvredal, the movie adaptation could manage a PG-13 rating.

However, most parts of the story remain fictional, including the Mill Valley Township. The name could refer to Downingtown, Pennsylvania, originally named Milltown. The township, much like Mill Valley in the movie, made a name for its paper mills, but the industry dwindled over the years. Sarah’s town being in this area would also make sense since Pennhurst, the hospital that admitted Sarah in the story, is about a half hour’s drive from Downingtown.

CBS acquired the rights of the novels in 2013. In 2016, CBS announced that Guillermo del Toro would develop the story for the movie. The auteur director sought coherent storytelling rather than an anthology movie. He was also on board to direct the film. However, the responsibility ultimately went to André Øvredal, while Del Toro served as the producer. The creative team combined several stories to give the movie its form. While the first story, ‘Harold,’ figures in the third book, the title track, “The Hearse Song,” takes the name from an account in the first volume. Apart from Ruth, they changed the names of all the characters. In finality, the movie enhances the horror by placing the story within a realistic setting.