Schitt’s Creek S06 E14: Everything we Know About the Finale 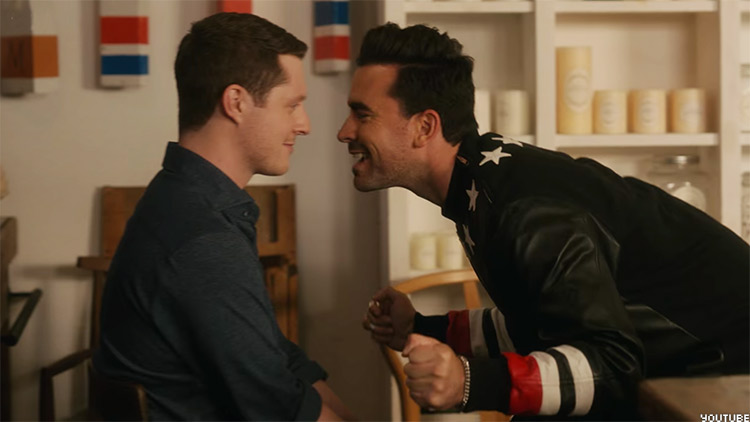 It is that time of the year again: a bitter moment of one’s favorite television series coming to an end. This week, fans will be mulling over their relationship with ‘Schitt’s Creek’ with a heavy heart. The Canadian sitcom has turned out to be one of the warmest comedies in modern times.

Over the course of six seasons, ‘Schitt’s Creek’ has charted the journey of the Rose family as they went from wealthy to bankrupt, forced to move into the titular ugly village. The journeys of each of the characters on the show have been nothing less than extraordinary and one thing is certain: none of them are the same people that viewers observed in the first frame of the series.

Schitt’s Creek Season 6 Episode 14 Release Date: When Does it Premiere?

The fourteenth episode of the sixth season of ‘Schitt’s Creek’ is scheduled to premiere on April 7, 2020 at 8/7c on Pop TV. The episode is titled ‘Happy Ending’ and returns one week after the thirteenth episode of the season was aired. ‘Happy Ending,’ as mentioned earlier is the series finale. It will be followed by a behind-the-scenes special titled ‘Best Wishes, Warmest Regards: A Schitt’s Creek Farewell’ directly at 8:30/7:30c.

You can watch the fourteenth episode of the sixth season of ‘Schitt’s Creek’ by tuning into Pop TV during the time slot mentioned above. Otherwise, you can also catch it on the Pop TV website or the Pop Now app if you have a valid cable provider’s login.

The Roses’ plans of moving to New York City seem to change in the thirteenth episode of the sixth season. Moira gets a delivery from Tippy. The latter has sent her a diamond bracelet that she had asked for and a note. Tippy informs Moira that the producers of ‘Sunrise Bay’ have agreed to all of her demands. Apart from the bracelet, she will be paid a hefty fee and her co-star Clifton will not be a part of the show. However, this entails Moira having to move to Los Angeles.

Johnny decides to set up the Rosebud Motel headquarters in Los Angeles instead of New York as he had earlier decided. Then, Moira goes for her last Jazzagals rehearsal which turns out to be quite emotional.

Meanwhile, Stevie tells David that she would not be moving to New York City. Roland and she would be staying in Schitt’s Creek. Stevie would be traveling a lot to set up Rosebud motels. She also ends up telling David that Patrick has made a purchase offer for a house that he (David) really liked. Patrick tells David that he made an offer because the latter had really liked it.

David and Stevie drive to the house to see it. David breaks down because he cannot believe that someone would do such a nice thing for him. Stevie asks David why wants to go back to New York when the place has given him so much pain. David confesses that he feels the need to show his old friends that he has won in life. Stevie tells David that he also already won.

The Rose family gathers for dinner where David announces his plans of staying in Schitt’s Creek. Moira and Johnny tell their kids about their change in plans. Alexis says that she prefers going to New York as opposed to accompanying Moira and David to Los Angeles as she wants to live her life truly independently.

Previously on the episode, Twyla and Alexis share a moment. Twyla tells Alexis that she had won a $92 million lottery with another person but continued working at the cafe because it makes her smile. Upon Alexis’ insistence, Twyla decides to splurge on herself and buys the cafe. Twyla offers to pay Alexis back for her dresses, but Alexis refuses. Towards the end, David takes Patrick to the house and tells him that he does not wish to go anywhere Patrick does not want to….Nah…we are not ready for this show to end!

Read More: Shows Like Schitt’s Creek To Fill The Void