Science Fell in Love, So I Tried to Prove It Season 3: Renewed or Cancelled? 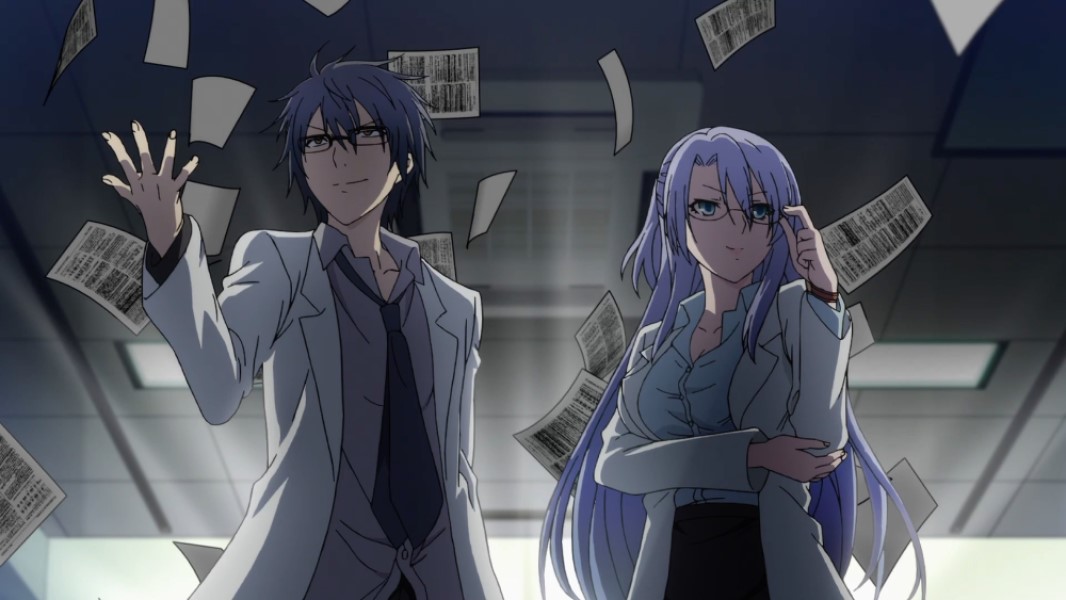 ‘Science Fell in Love, So I Tried to Prove It’ or ‘Rikei ga Koi ni Ochita no de Shoumei shitemita’ is a romantic comedy anime inspired by Alifred Yamamoto’s namesake Japanese manga series. The show revolves around Shinya Yukimura and Ayame Himuro, two level-headed scientists working at the Saitama University as researchers. However, when Ayame confesses to Shinya about her feelings for him, they decide to use it as a scientific opportunity to analyze emotions using data. The hilarious drama that unfolds has entertained fans of the show since January 11, 2020, when its first episode officially premiered.

Although ‘Science Fell in Love, So I Tried to Prove It r=1-sinθ’ has failed to create the same hype as the first installment of the show, the anime still has a good overall rating. After the conclusion of the second season, viewers are eager to learn whether the anime will return for another season or not. In case you find yourself wondering the same, we have got you covered.

Science Fell in Love, So I Tried to Prove It Season 3 Release Date

As far as the third installment of the anime is concerned, unfortunately, fans do appear to have a long wait ahead of themselves. Zero-G is yet to renew the anime for season 3, and it seems that it won’t happen anytime soon. The latest installment has failed to create a similar hype as the first season, but it does have good overall ratings.

However, the future of ‘Science Fell in Love, So I Tried to Prove It’ appears uncertain as of now because of the unavailability of the source material. Alifred Yamamoto’s ongoing manga series has 13 volumes, out of which 11 have already been covered in the first two seasons. Therefore, the anime production committee won’t be able to greenlight the show until there are enough volumes of the manga.

Therefore, even if the good ratings or the popularity of the show does warrant another season in the eyes of the creators, fans still have a multi-year wait ahead of themselves. Assuming things do pan out favorably in the coming years and manga release is not delayed, we can expect ‘Science Fell in Love, So I Tried to Prove It’ season 3 to premiere sometime in late 2024 or early 2025.

Science Fell in Love, So I Tried to Prove It Season 3 Plot: What It Can Be About?

Season 3 of the anime will primarily focus on the love triangle of Yukimura, Himudo, and Kanade. Although Yukimura loves Himudo, the latter is not romantically interested in the former. On the other hand, Himudo’s friendship with Kanade has complicated over time, and she has become conscious of the fact that she is probably in love with her. Unfortunately, Kanade is not interested in Himudo romantically, but she has developed feelings for Yukimura.

The romantic life of the trio, which initially was just purely a subject of scientific experiments, has developed over time. Now, they face some tough choices. As the trio tries to navigate their complicated love life, they will also learn some valuable lessons along the way that will change everything.