Review: A Secret Love is a Moving Documentary

‘A Secret Love’ is a documentary film that takes its viewers to the life of an old couple that has a big secret to share. The documentary is a much-required insight to explore the LGBT genre that is emerging to be a trend. After all this time, we might be witnessing an age, where hidden chests of historical, yet personal accounts are seeing the light of the day, unfiltered.

The documentary opens itself to an old and gutsy lesbian couple who just came out with the truth of their relationship after 65 years of being together. Even though the family didn’t see it coming, they are happy for the two. The two then begin to narrate their epic love story that saw its first snow in Moose Jaw in Canada.

Terry Donahue and Pat Henschel met in an ice hockey event in Moose Jaw. They were instantly taken with each other. Though Henschel was once engaged to a man, he passed away real soon. Similar unfortunate fate awaited all the men Henschel dated. It is after this that she met Donahue, who was nothing short of a star by then. Donahue was a baseball player for the Peoria Redwings. As the catcher of the team, she earned them quite the number of wins. The two met in their hometown, Henschel wrote a brief confession of love, and the rest, as we see, is history, quite literally.

Captured in their old age, we see them struggling with their health issues due to the onset of old age. After a teary intervention from Terry’s niece, the very reluctant Henschel and relived Donahue starts living in a facility for senior citizens. It is over here that the two finally get married. Eventually, they have to shift to Canada and be close to Terry’s family due to the deterioration of their health. The documentary ebbs to its final tide as Henschel is left as the only surviving member of their marriage.

A Secret Love is a pleasant insight into the hidden 65 years of a lesbian couple’s relationship.  As the beloved old couple recalls their life from the past with intense nostalgia, it is also an account of a dangerous time that existed for anyone who didn’t play by the normative rules. Having fallen in love in a small city like Moose Jaw, in Canada, the threat of standing out was very real. In a town, where everyone knows everybody, scandals are quick to rise and difficult to vanish. And hence, telling their family was not even a choice. As it is, ‘homosexuality’ was seen as a punishable crime in the most developed of nations at the time.

A rural background in the 1950s would be the last place to even attempt to understand this. As Donahue’s brother tells her niece, the discriminating mentality against lesbian women could be summed up in one horrific sentence: “She needs to be fucked by a big black guy, set her straight.” 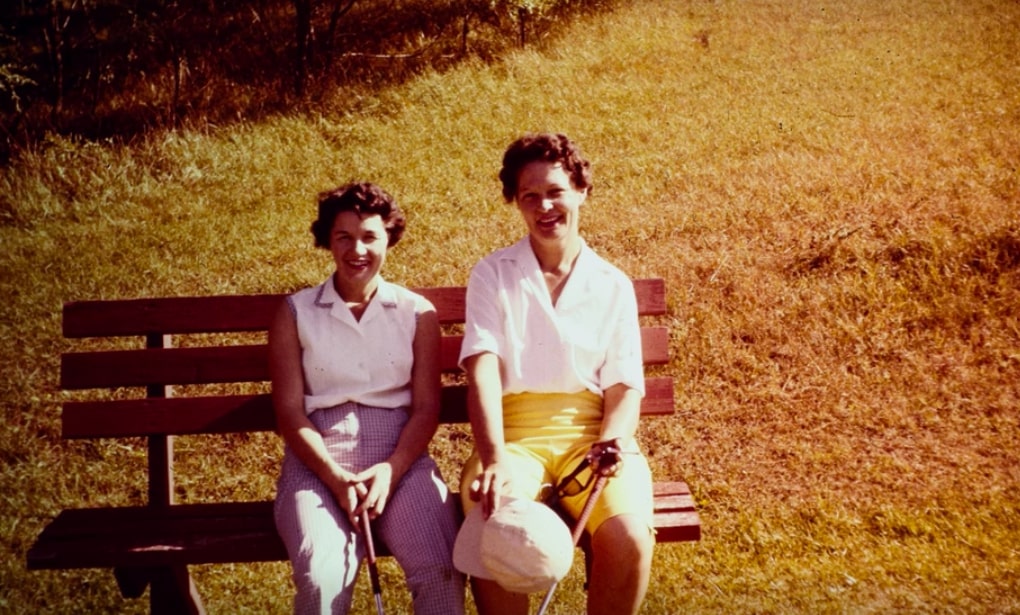 Hence, misconceptions regarding lesbian women were seen as an error in judgment where they were either brainwashed or rebelling against the system by resorting to being ‘queer.’ The couple’s decision to leave is hence the fear of a bias they didn’t want to know, let alone a be part of.

As they step as immigrants into Chicago in the 1950s, they were in many ways at the onset of the Second Wave Feminism that was yet to come in the 1960s. As they lived through these ages, they have seen first hand the damage it does to merely be ‘true to yourself’ in public. The fear that led them to dress as best as they could like ‘cultured straight women’ helped them survive. They lived as nothing else but cousins and friends who pooled in to share an apartment in an expensive city.

While this was the era that saw the rise of the ‘butch-femme’ dynamics, Donahue and Henschel talk about their added burden of living in the shadows as they were always faced with the threat of being deported. If being a citizen and a lesbian is a direct ticket to jail, one could only imagine what being a lesbian immigrant meant. In other words, due to being an immigrant lesbian couple, they were doubly marginalized in the community. While keeping to themselves by not going to lesbian/gay bars and wearing pants, it was not a weakness they exhibited but a deep-rooted urge to survive longer.

The threat was genuine with ‘conversion therapists’ that often lobotomized lesbian women and used gruesome methods like forcing someone to have sex with a man in hopes it will reverse their ‘mental condition.’ Hence, surviving being different was a constant struggle, and the documentary makes a good effort to showcase that without making it seem too dark to ingest.

Though it is a cheesy sentence to use in a documentary that is very real, it is perhaps good in a way that the documentary focuses on their love as their beacon out of the hard times. Love, in their case, symbolizes hope to grapple with the stigma of social injustice. Though we now live in a more tolerable society, at least with regards to the law that is willing to accept these differences, the fear of stigma and bias they tried to hide from could only be left behind now.

As Donahue and Henschel get married amidst their close friends, we cannot help but feel the intensity of their vows. The prior generations, more so than others, believed in the concept of marriage than its contemporary counterparts, and Donahue and Henschel fall under this category. Hence, their marriage becomes an added moment of liberation. This is because, though they were always grounded in the roots of commitment towards each other, they had no means to hold hands or kiss in public. As brave as they could get was to steal a kiss in a splitting sandstorm. The documentary also captures the essence of their small struggles to come to a mutual domestic decision, keeping it important but also real.

The documentary does its audience a great justice in capturing what may seem on the outside like a simple romance that withstood time. However, through the mere act of documenting it, this is an addition to the LGBT documentary canon, that needs its dose of lesbian history and struggle. Patriarchy does the community a great disservice even when talking about people who stray away from its supposed righteousness. It may be a bit complex but consider it. Gay men have been more vocal and heavily represented in anything that is not normatively straight than women who follow the same path.

A classic example of this is the rising awareness about Drag Queen culture while remaining clueless about Drag Kings. In other words, the documentary shows the double-walled barrier; women need to break not only as a lesbian but also as a woman in a world that still likes to favor men over women. In this regard, the documentary tends to stand out. And the beauty of it is when it unfolds at its own pace.