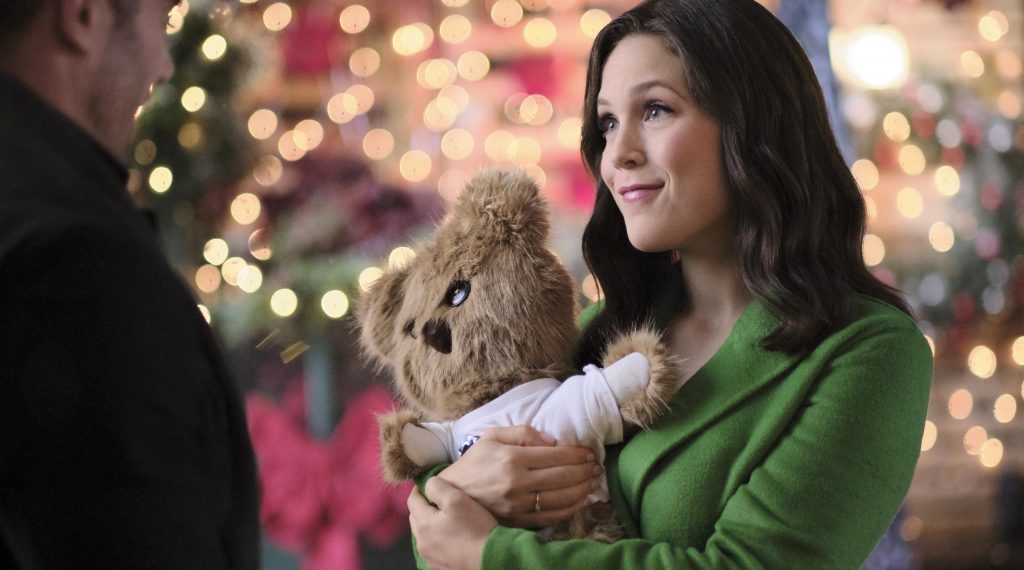 ‘Sense, Sensibility & Snowmen’ is a Hallmark Channel holiday movie that puts a modern, festive spin on Jane Austen’s classic ‘Sense and Sensibility.’ The Dashwood sisters – Ella and Marianne – love Christmas and have turned their passion and enthusiasm for the festivities into a party-planning business. Too bad that they don’t exactly see eye to eye with the surly Edward Ferris, the CEO of a toy company that is the Dashwoods’ newest client.

While working together on an upcoming event for the toy company, Ella and Edward clash repeatedly. But as Christmas draws ever so close, they realize they have more in common than they had originally thought. In the warm glow of the festive lights, Ella soon starts seeing Edward in a different way. Curious to know where ‘Sense, Sensibility & Snowmen’ was filmed and who is in the cast? Here is all that you need to know about this film.

‘Sense, Sensibility & Snowmen’ was filmed entirely in Canada. Filming was done all through July 2019. Here are more specific details about the places where this movie was filmed. 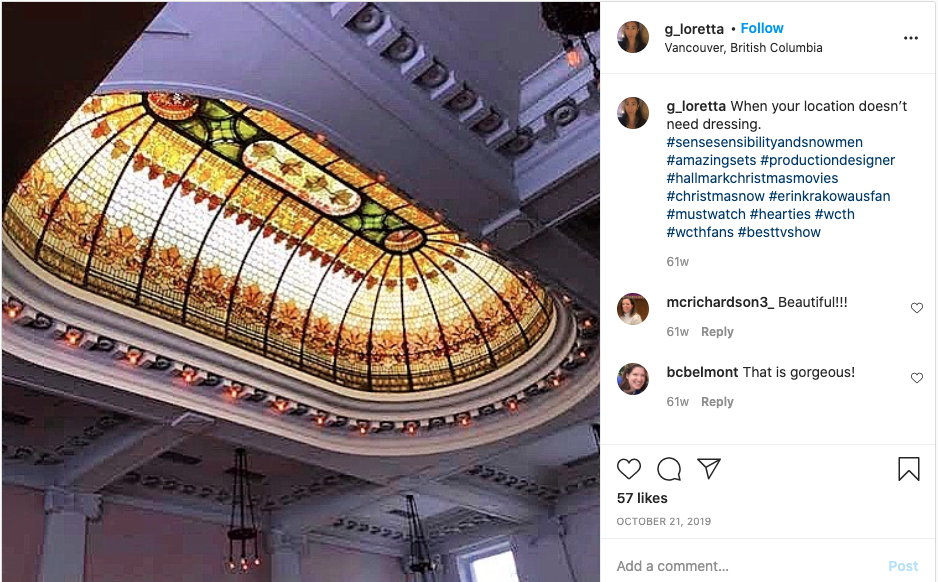 An elaborate marketplace set was created at the Warehouse Studio, a multi-media recording facility and photography studio that’s owned by Bryan Adams, located at 100 Powell St. Moreover, given that Vancouver has some rather stellar tax incentives for filmmakers, the city seems like quite the obvious choice for shooting purposes. Below are more on-set photos by Ginna Scotto that you can check out. 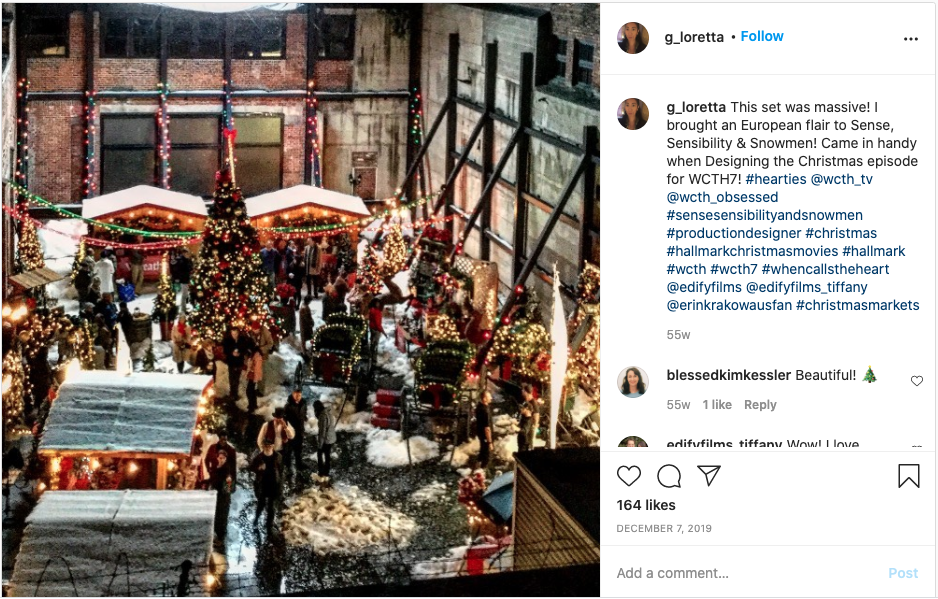 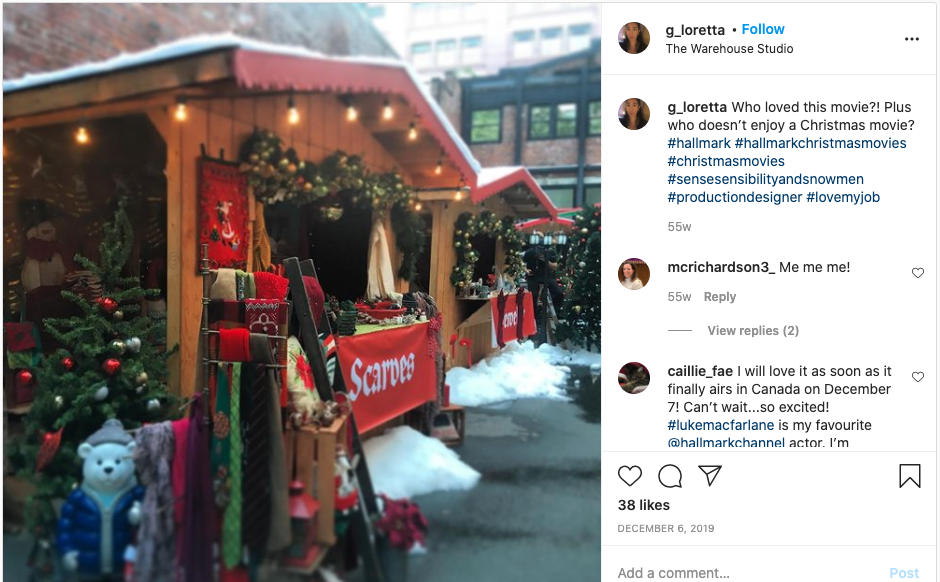 Lead star Erin Krakow has also shared a few photos detailing their behind-the-scenes fun. Check them out below. 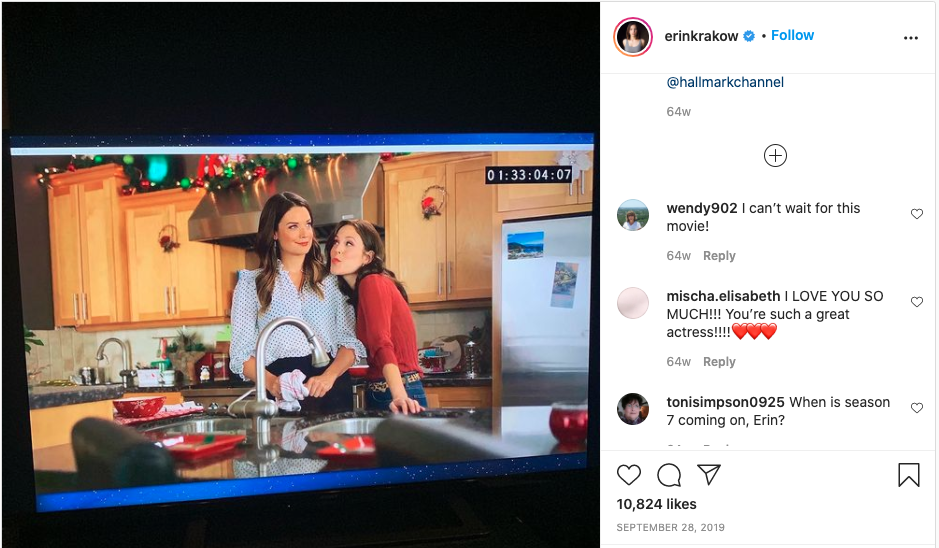 Hallmark Channel fixture Erin Krakow plays the role of Ella Dashwood. She is best known for the main role as Elizabeth Thatcher-Thornton in ‘When Calls the Heart.’ She has also acted in ‘Army Wives’ and ‘NCIS: Los Angeles.’ Starring opposite her as Edward Ferris is Luke Macfarlane (best known as D’avin Jaqobis in ‘Killjoys’).