Seriously Slime on Shark Tank: Everything We Know 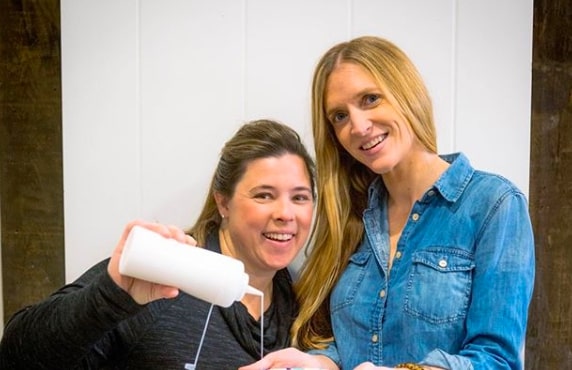 ‘Shark Tank’ on ABC is a show that has inspired and given a business platform to many leading and upcoming entrepreneurs. The reality TV show has been the route to success for many companies in varying degrees. Some companies still continue to grow with one of the investors they bagged from the panel. Interestingly, business entrepreneurs also witness a boom in their business due to what is known as the ‘Shark Tank effect.’ The show serves as a mediated platform for many of these aspiring companies to feature their brand and product. This leads to an uptake of curiosity on the side of the viewers. As a result, a business boom!

The series, since its debut in 2009, has changed the notion of business and investment for its many viewers who do not even work as an entrepreneur. It has helped people get acquainted with terms like ‘equity,’ ‘stakes,’ ‘crowdfunding,’ etc. Seasons after seasons, people continue to be interested in the various kinds of business pitches that flood in.

Seriously Slime: Who Are They?

‘Seriously Slime’ is a mere observation that was turned into a business by Sarah McDermott and Shannon Valko. The two moms, overwhelmed with the pressure of cleaning up after their children, who play with slime, came up with what they believe is a permanent solution to this problem. Though they understand that these days, kids taking the initiative to play rather than watch TV is a good thing, they also know that with such good things come the exhaustion of having to clean up.

The duo, who founded the company, aims to provide a space for slime making that helps promote this recreational hobby and take it to new heights.

Seriously Slime: What Do They Do?

‘Seriously Slime’ expands itself at various fronts. The first one is in providing a space where slime parties and events can be organized. Their website has an option through which you can book rooms for such events. They also take responsibility for providing the cake and food for the scheduled events. This is designed with an aim to help parents who otherwise have to deal with this mess at home. The parents can bring their children to these centers and let them be creative without worrying about cleaning up.

The second option it offers is in selling their slime kits and products through their website. This then makes it an all-inclusive company that intends to also promote slime culture through their merchandise. Their products range from plushie pouches for storing slime to DIY slime kits. They also sell their own slime that is less sticky and easily removable.

In addition to all this, the company also provides club membership offers, that is inclusive of kits, goodies, and videos that can make you a part of it from wherever you are in the world. The company that started as an idea from kids’ playtime has serious plans for its future as a brand. Check out their YouTube video below.

Read More: Muvez on Shark Tank: Everything We Know