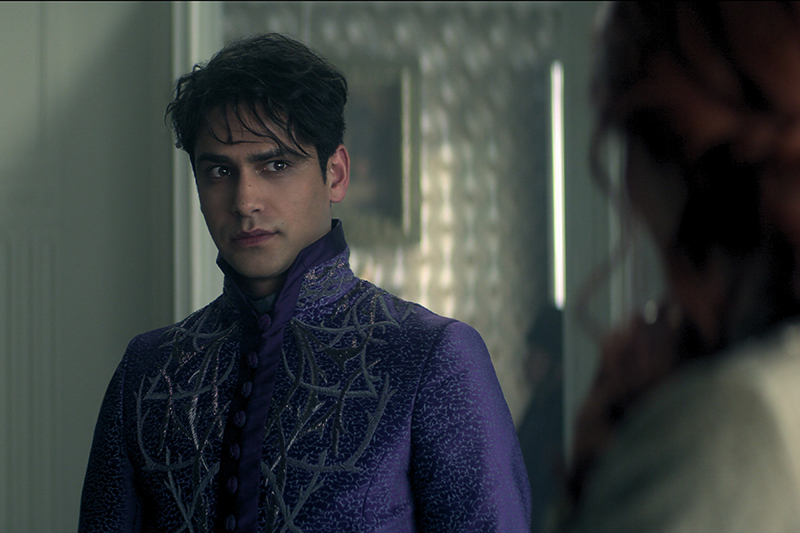 Netflix’s ‘Shadow and Bone’ is a gunpowder fantasy adventure series developed by Eric Heisserer (‘Arrival’). It is based on the Israeli-American author Leigh Bardugo’s ‘Grisha’ trilogy and ‘Six of Crows’ duology. The story is predominantly set in Ravka, a kingdom that has been greatly influenced by the Tsarist Russia of the early 1800s. A few hundred years earlier, a swath of darkness called the Fold appeared right in the middle of Ravka, splitting the kingdom in two and causing its people great misery and suffering. The world suddenly changes when it is revealed that Alina Starkov (Jessie Mei Li), an ordinary cartographer of mixed parentage, is the Sun Summoner, a rare Grisha who can potentially destroy the Fold.

In episode 5, titled ‘Show Me Who You Are,’ Mal (Archie Renaux) arrives at the Little Palace with the information about Morozova’s Stag and hopes to see Alina again. Kaz (Freddy Carter) infiltrates the Little Palace to kidnap the Sun Summoner. Alina grows close to General Kirigan (Ben Barnes) but soon learns some disturbing truths about him. Here is everything you need to know about the ending of episode 5. SPOILERS AHEAD.

Despite the injuries he received during his fight with the Fjerdans, Mal convinces Bohdan to let him go to the Little Palace to deliver the information about the Stag. Unbeknownst to him, Alina has become enamored with Kirigan and even started wearing his colors. While Inej (Amita Suman), Jesper (Kit Young), and Arken (Howard Charles) get into the Little Palace premise along with the Pomdrakon Players, Kaz disguises himself as a guard to do the same. Once inside, Jesper finds what Alina looks like when he overhears her conversation with Genya Safin (Daisy Head). 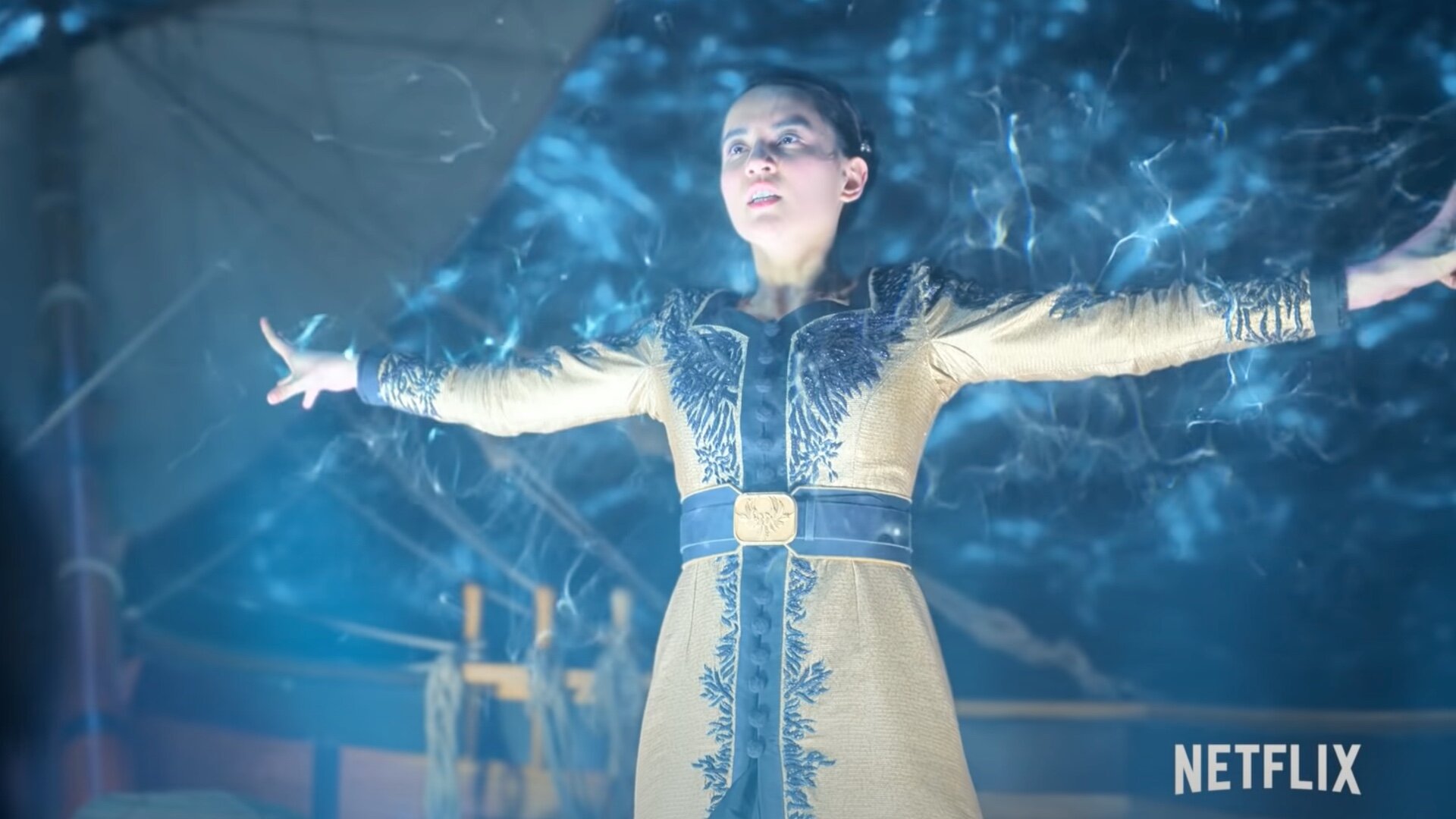 Kaz discovers that the Grisha is using a decoy for Alina and sends Arken after her without revealing to him that his target is a decoy. In the meantime, Kaz and Inej focus on the real Alina. After Mal arrives at the Little Palace, he is nearly killed by a Grisha loyal to Baghra (Zoë Wanamaker). Alina decides to escape from the Little Palace after speaking to Baghra and happens to hide inside the carriage that Jesper has secured for his crew’s operation. Jesper sees this, and when Kaz and Inej return with the news of their failure, they can’t figure out the reason for Jesper’s excitement.

Shadow and Bone Season 1 Episode 5 Ending: Are the Dark Heretic and General Kirigan the Same Person?

Yes, they are. Kirigan earlier told Alina to call him Aleksander when they are in private. This turns out to be his real name. According to Baghra, Aleksander created the Fold because of his greed for power, and with Alina’s help, he plans to turn it into a weapon. But when the Fold manifested, it had some side effects that even Aleksander didn’t foresee. He didn’t think about the people who were already living in the region. The fold turned all the men, women, and children living there into the Volcra. Over the centuries, he had gone by numerous aliases, serving various tsars, and faking deaths when an alias needed to die.

The reason that Baghra knows so much about the Darkling is that she is his mother. They are a family of immortals. Baghra seems to have the same shadow summoning abilities as her son. According to her, she even warned her son about the potential dangers of the Fold before he created it, but he didn’t listen. When she learns that Mal has found Morozova’s Stag, she tasks one of her trusted Grisha to kill him before he divulges the information to Kirigan, who wants to slaughter all of Morozova’s creatures and harness their powers for the Grisha.

Why Does Alina Escape from the Little Palace?

After telling Alina about who Kirigan truly is, Baghra asks her to wait at a rendezvous point for her trusted Grisha. But Alina, after some hesitation, decides to escape the Little Palace on her own. She realizes that she has become a pawn in a much larger game than she can comprehend. Kirigan has seduced her with the promises of power, relevance, camaraderie, and even love.

And Alina, in all her naivety, has easily fallen for it. Although Baghra’s actions seem well-intentioned, she can be extremely ruthless while executing them, as is shown when she orders Mal’s death. As things stand now, Alina seems to have made the right decision by not trusting anyone in the Little Palace and finding her own path to escape.

Why Does Arken Kill Alina’s Decoy?

When Kaz and his crew were in West Ravka, Kaz spotted Arken speaking with General Zlatan, the First Army leader on that side of the Fold and the face of a brewing rebellion. As Kaz correctly points out to Inej, Zlatan and Arken are two of the very few people who have profited off the Fold. Alina’s very existence threatens Arken’s livelihood and Zlatan’s ambition. If the Fold is taken down, then the two Ravkas will unite, which will mean the end of the rebellion. 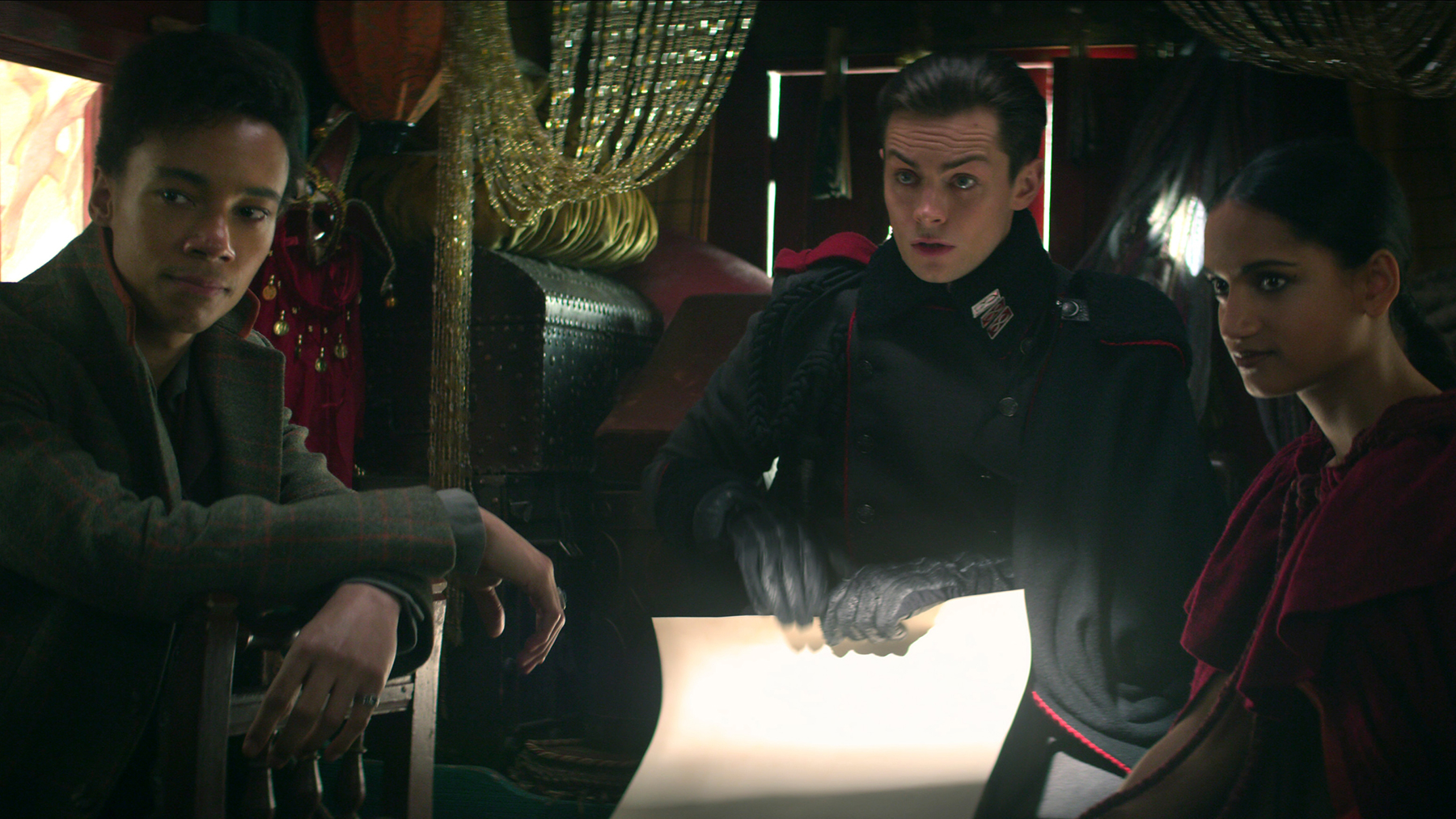 Arken makes himself extremely useful while traveling with Kaz and his crew. Ironically, this is what makes Kaz suspicious about him. Even in episode 5, Arken happens to have the correct tool to unlock a Fabrikator-built door. However, because of Kaz’s plans, Arken ends up killing Marie (Jasmine Blackborow), who was made to look like Alina by Genya, before the guards apprehend him.