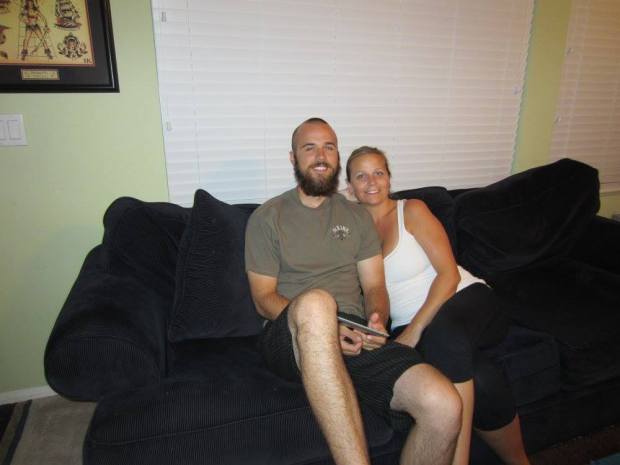 Investigation Discovery’s ‘Primal Instinct: Old Flames Die Hard’ follows the brutal murder of Sharmon Intili in her Corona home in Riverside County, California, in November 2016. The investigators were able to catch the perpetrator within months of the murder after receiving several helpful tips from friends and family regarding the homicide. If you’re interested in the case and the killer’s identity and current whereabouts, we’ve you covered. Let’s begin then, shall we?

How Did Sharmon Intili Die?

46-year-old Sharmon Jay Intili was a single mother, raising two girls, aged 17 and 19, on her own in Corona, California. She graduated from Norco High School and was the social glue that held her group of high school together since graduation. Her friends described her as the life of the party, with her high schoolmate Dave Rike reminiscing, “To see her without a smile was rare. When we would get lost in the moment, she was always the one that would say, ‘You know, you’re right. This is awesome. Check out how much fun we’re having.'”

According to family sources, she was financially struggling but was recently employed at a Riverside customer service center with a raise and health care benefits. Sharmon’s on-off boyfriend since 2010, Mike Seiler, stated how much she loved her girls, saying they were her entire world. He added, “She would do anything for those girls. If she was broke, she would go even more broke just to make sure they were happy.”

Thus it was tragic when her 17-year-old daughter found Sharmon lying unresponsive in their home in the 1000 block of E. Grand Boulevard between 10th and S. Howard Streets at approximately 7:00 pm. When the emergency respondents arrived at the scene, she was still unconscious, lying on the floor in a pool of blood. She never regained consciousness and was pronounced dead at the scene. She had suffered multiple stab wounds.

The investigators interviewed Sharmon’s friends and family to learn she had recently broken up with her boyfriend, Mark Aaron Brierley, then 42, of Riverside, about two weeks before the murder. The detectives also learned from her co-workers that Sharmon feared he was stalking her and even changed the locks to her residence to safeguard her and her children from him. He immediately became a person of interest in the murder. The police followed several leads and executed more than 20 search warrants throughout the investigation, leading to the retrieval of several critical pieces of evidence. 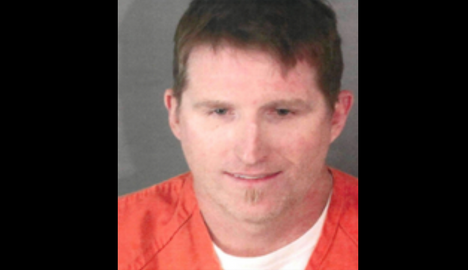 After forensic analysis of the evidence collected, the police were confident that Mark was involved in his ex-girlfriend’s homicide. According to court documents, Mark’s former wife filed a domestic violence restraining order against him following his erratic activities in the weeks following Sharmon’s murder. They had been divorced in 2012 and shared custody of their two daughters.

Court documents show the ex-wife stated in her petition for the restraining order how Mark was supposed to have custody of their daughters on November 21-22. However, he never arrived to collect them and contacted her to state “something came up.” She also claimed to call Mark after learning about Sharmon’s murder on November 24. She wrote how he repeatedly apologized to her on the phone, which sent a shiver down her spine.

According to local news reports, Mark was detained on a mental-health hold on December 1, 2016. The former wife alleged he called her the following day, “and he confessed to me that he told detectives ‘I didn’t mean to do it. I just snapped.'” He also asked her to bring their daughters to the mental health facility, and the ex-wife filed a restraining order to protect her and the daughters from him. Mark was arrested on June 15, 2017, on a warrant for failing to return and pay for a pickup truck he had rented on December 8, 2016.

The Riverside police recovered the vehicle around three months later when he checked himself into a hospital. As per police reports, the officers discovered a loaded pistol with its serial number scrapped inside the automobile. After he was arrested, the investigators also declared him a suspect in Sharmon’s murder and filed charges against him. He was booked into the Riverside County Jail on suspicion of homicide and was held on a $3 million bond.

Where is Mark Aaron Brierley Today?

Initially, Mark pleaded not guilty to the homicide charge and refused to discuss the case details with the authorities. According to local news reports, he could also face the death penalty because of special circumstance allegations. However, a couple of months inside a prison cell made him change his mind, and he pleaded guilty to the murder on October 27, 2017. He confessed to the investigators he had been stalking Sharmon for days and was waiting for her to return from Thanksgiving grocery shopping.

He stabbed her with a knife multiple times and fled the scene, hiding the murder weapon in a nearby bush. The Corona Police Department stated in their news release, “Brierley confessed to Intili’s murder and told investigators where to locate outstanding evidence he had hidden, which was then recovered.”  One of the investigators added, “This investigation has been our highest priority. As this case comes to a close, we hope this outcome can provide the Intili family a measure of justice for Sharmon.”

Mark accepted a plea deal on November 3, 2017, that sentenced him to life in prison with no parole. He had also waived all appeals and would serve his entire sentence. According to official court records, the 48-year-old is serving his prison term at the Pelican Bay State Prison in Crescent City, California.