When Pennsauken, New Jersey, teen Sherita Williams went out on Black Friday in 2003, she reportedly told her father, “I’m 16. I’ll be fine.” Hours later, her body was found strangled underneath a railroad bridge on the Camden-Pennsauken border. The death of the chirpy teen, referred to as “sunshine” by her friends and family, forms the focal point of Investigation Discovery’s ‘On the Case with Paula Zahn: A Bridge Too Far.’ If you want to know about the details of this tragic story, including the identity of the perpetrator and how a grieving father’s determination ultimately helped authorities catch the killer, then we’ve you covered. Let’s dive in, shall we?

How Did Sherita Williams Die?

Sherita Williams lived with her parents, Harry and Wilma Williams, and her siblings, Sabrina and Harry, in Pennsauken, New Jersey. A popular junior at Pennsauken High School, the 16-year-old was described by her father as “beautiful” and a “loving, peaceful person who trusted everyone and never believed anyone would harm her.” The bubbly and friendly girl was “a catalyst”  and “people just gravitated to her,” Harry added. She always planned on attending college, with Pennsauken High awarding Sherita a diploma posthumously to honor her memory.

Hence, it came as a terrible shock for Sherita’s family as well as the community when she did not return home after reportedly going to meet her friend in Camden on November 28, 2003. Her parents quickly filed a missing report, and a search was organized to find the missing teenager. However, it was an odd phone call from one of her friends and a mother’s intuition that led to Wilma finding her daughter’s body beneath the 36th Street Bridge in Pennsauken, New Jersey, at 36th St. and Hayes Avenue on November 29, 2003.

The authorities arrived at the crime scene to discover she was strangled and died of suffocation. Semen marks were found on the 16-year-old’s jeans. There was no clear-cut evidence of trauma or any knives or bullets around the spot. However, the police found a man’s hair cap and a penny at the crime scene, along with a receipt from Modell’s situated in the Cherry Hill Mall. The receipt was for a black T-shirt and dated November 28, 2003, with a timestamp of 4:28 pm.

The investigators looked into various surveillance footage to piece together what Sherita was up to on the night she went missing. A surveillance video from a Pennsauken nail salon showed the teen getting her eyebrows done at 6:05 pm. Police records also show that she made a call to her boyfriend in Camden at around 6:30 pm using a pay phone situated a few blocks away from his house. It was reported that his parents were at home, and his mother reportedly did not let Sherita in with her boyfriend asleep when she turned up at his house.

However, after passing a lie detector test, the boyfriend was ruled out as a suspect. There were also no fingerprints on the receipt found, and the lab results for hair and fibers in the cap were getting delayed. And as luck would have it, the surveillance camera at the register of Modell’s was not working on the night Sherita went missing. The police pulled credit card receipts and interviewed the customers based on that as well as others who crossed paths with Sherita. They also questioned possible witnesses who might have been at the crime scene. 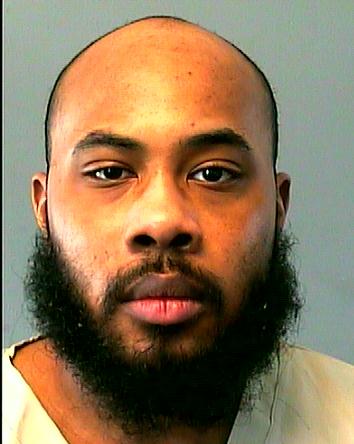 The authorities even pulled DNA samples of Sherita’s acquaintances in the hope something matched the stains on her jeans. However, even with such herculean efforts, the case seemed to go cold, with no new evidence turning up. Sherita’s father kept calling and pushing the investigators, and suddenly, a stroke of luck cracked the case wide open. In 2007, the police finally found a match of the semen stain on Sherita’s jeans with that of a man convicted for drug charges and had his DNA samples entered into the national database.

Investigators picked up the accused Warren Dixon, then-23, from a meeting with his probation officer. Dixon admitted that he knew Sherita from school when he transferred from Camden High in 2003. He reportedly told the investigators he allegedly shared a physical relationship with her. The police waited for a month in 2008 before getting a court order to collect Dixon’s hair sample and run a test at a private testing lab in Virginia to see if it matched the cap retrieved at the crime scene.

While collecting the sample, Dixon was overtly curious about his fate and almost confessed to the crime. “He wanted to cleanse his soul at this point, but he was looking for a way out,” the lead investigator stated. Dixon lived near the crime scene and was the primary suspect in the case. Even when the lab report came back negative, stating the cap did not belong to him, the law enforcement was confident that they had enough circumstantial evidence and probable cause to charge Dixon and arrested him in January 2009. It was stated that Dixon strangled Sherita to death after she refused to have sex with him.

Where Is Warren Dixon Today?

In March 2011, Warren Dixon, 25, pleaded guilty to the charges of attempted aggravated sexual assault and aggravated manslaughter. On June 3, 2011, Superior Court Judge Samuel Natal sentenced him to 20 years of imprisonment with specific orders stating he could be eligible for parole only after he had completed serving 85% of his sentence. He would also be subjected to lifetime community supervision as his name was enlisted in New Jersey’s registry of convicted sex offenders. As per official records, he is currently incarcerated at the East Jersey State Prison and is eligible for parole on January 30, 2026.