Where Are Sherrie Calgaro and Kathy Pires Now? 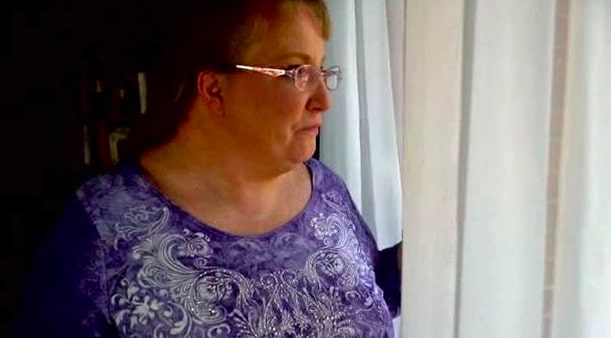 Mary Day’s case garnered quite the attention when its pieces were being put together. Mary Day was 13 years old when she went missing from her home. More surprisingly, her parents never filed a complaint. If this is bad enough, her existence itself seems to have been shrouded in such mystery that none of their neighbors or other relatives knew about what had happened.

The plot twist soon ensued after Mary’s sister, Sherrie filed a complaint in the police office, fearing that her parents might have killed her. She did this as an adult because she was only ten years old when Mary had gone missing. This led the police to investigate the case with a major lead they found, a shoe in the backyard of the family house, wherein there were possible remains of a body as well. This prompted the police officers to hold Mary’s parents as suspects.

The story, at this point, was far from over. A woman named Mary Day was stumbled upon at a random traffic stop by police officers in Arizona. After much speculation and a DNA test, it was confirmed that this was indeed the missing Mary. Though there were allegations of possible fraud and identity theft, these claims were put to rest after conclusive proof was found in 2017.

Who Are Sherrie Calgaro and Kathy Pires?

Sherrie Calgaro and Kathy Pires are Mary’s sisters. The siblings were born to Charles and Charlotte Day. However, due to family problems, the sisters had to stay at foster homes before they were united. In between this, Charlotte divorced Charles and married William Houle. However, Charlotte regained her daughters’ custody except for Sherrie, who had been adopted by then. In any case, the family had to shift to Hawaii due to Houle’s job in the army.

The family then shifted to Seaside, except for Mary. Much of everything we know is a result of Sherrie and Kathy having shared their experiences from their past. Though Charlotte and Houle did have to explain their sides of it, it would not have been enough to piece together as a complete narrative. After Mary’s disappearance post her return and several beatings she received from Houle, nobody filed a missing person’s complaint. When Sherrie tried to ask about this to Kathy as a naive ten-year-old whose sister was nowhere in sight, she was told by her sister that they were not allowed to talk about it. Indeed they weren’t. Their mother only had one thing to say about it, that Mary had run away.

Further statements made by her mother like she could be buried anywhere, obviously spooked Sherrie. As an adult, she marched into the police office and filed a missing person’s complaint about her sister suspecting the worse. The cops did too till Mary Day made a reappearance.

Once the DNA test proved that Mary was, in fact, Charlotte’s daughter, something about her still seemed off. The three sisters reunited, and Sherrie asked Mary to come live with her in North Carolina. The first thing Sherrie was observed was that Mary had a very thick Southern accent, and even to the detectives, it seemed odd because she didn’t really grow up in the south. In addition, Mary couldn’t remember things from their childhood together. What really confused Sherrie was that Mary’s magazines were addressed to a person named Monica Devereaux.

Kathy, too was not without her own doubts. Since these two had been together longer with Sherrie in her adoptive parents’ home, there was a code word they would use to address the inheritance money their father, Charles, had left them, “mohawk.” However, Mary couldn’t remember any of this. This is the reason why she was called ‘Phoenix Mary’ because the newfound Marry had little to no connection with the person they once knew.

Surrounding the doubt that ‘Phoenix Mary’ might still be an imposter, police got involved again but only for the case to be shut down with conclusive evidence in 2017.

Where Are Sherrie Calgaro and Kathy Pires Now?

The two sisters have come forward to share their thoughts and experiences on CBS 48 Hours. More so than Kathy, Sherrie Calgaro has been active since the very beginning. So much so that, she traveled with the CBS crew to meet her ill sister Mary in 2017 to know for sure if Mary had been telling the truth. Though what transpired between them is yet not known, Calgaro walked out with a renewed sense of faith that ‘Phoenix Mary’ was, in fact, her real sister. Unfortunately, Mary Day passed away the same year due to an illness. The sisters are not active on social media. The slight exception to this rule is Pires’ Instagram account that has a picture of her and her sons.

As the case saw an end, we can hope that the sisters’ tensions have been appeased with Mary Day’s identity being confirmed. CBS 48 Hours does an extensive exploration of the case. (Feature Image Credit: CBS News)