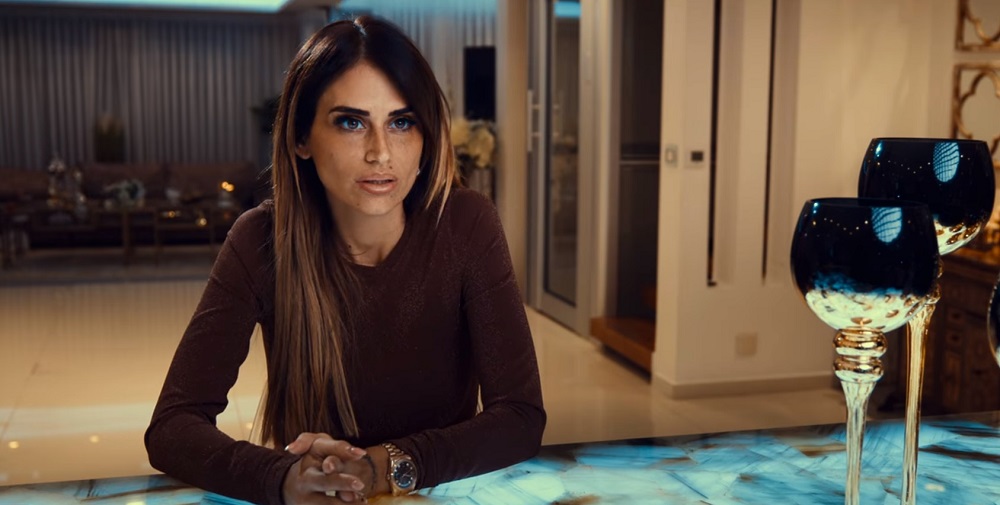 Netflix’s ‘The Masked Scammer’ is a French documentary that tells the story of Gilbert Chikli, a well-known conman who came into the national limelight due to his actions. The movie features several people who had close connections to Gilbert or were involved in his case. Through them, we learn more about the way he started with fraud calls but ended up stealing millions from many high-ranking people by impersonating the then-French Defense Minister Jean-Yves Le Drian. One of the most prominent individuals amongst them is Shirly Chikli, Gilbert’s wife. She goes in-depth about her time with her husband, her support for him throughout their union, and the affection she held. Naturally, people are eager to know more about her, so we are here to explore the same!

Who is Shirly Chikli?

Shirly Chikli first met Gilbert Chikli after the latter had already fled from France to Israel following the arrest of his former flame and accomplice, Shirley Vacaint. At the time, his future wife was living in the middle-eastern country and had just learned about how Gilbert’s actions. She was actually coming out of a shop when she bumped into him as a stranger on the street, only for him to ask what was written in the Hebrew newspaper in his hand. The news article was about Gilbert being on the run, leading Shirly to believe that the stranger in front of her was Gilbert himself. Her hunch was completely accurate, but a romance still blossomed between the two.

After eleven months of dating and learning more about one another, Gilbert and Shirly got married in a ceremony that she described as quite beautiful in the Netflix documentary. The bride added she felt like a princess on that fateful day and as if all her dreams were coming true. As it turned out, Gilbert showered Shirly with much money and material possessions, making her feel loved and appreciated. She thus held a deep affection for him as he’d essentially turned her life around. When asked if she knew just how her husband had accumulated his wealth, she confessed she knew and didn’t care. In fact, she stated his actions were like that of Robin Hood, as he stole from the rich.

Therefore, when Shirly learned of Gilbert’s arrest in Ukraine in 2017, she was utterly devastated and resolved to visit him often in prison. She even ensured he lacked nothing in his cell by providing him with amenities like a fridge, alcohol, and high-quality food without hesitation. Thanks to her, Gilbert’s stay in Ukraine was nothing short of luxurious, something the French scammer seemed quite proud of. However, it did not last for long because he was soon extradited to France to answer for his crimes. His wife followed him and served as his rock during the whole process. But the news of his conviction broke her, and she could not contain her sadness.

Where is Shirly Chikli Now?

As of writing, from what we can tell, Shirly Chikli is living in Ashdod, Israel — the same place she once lived with her husband, Gilbert Chikli. She’s actually a proud mother of two, the youngest of which is a girl, and they obviously remain with her but apparently miss their prison-bound father very much. We should mention that despite her support for her husband throughout his scamming career, Shirly filed for divorce sometime after Gilbert’s conviction. The primary reason for the same, considering her promise that she’d stick by his side, could be the fact the con man has since established an online relationship with another woman from behind bars. On the professional front, Shirly is now a DJ who gets to travel the world as a part of her job, making it appear as if she’s perfectly content with where she stands today.