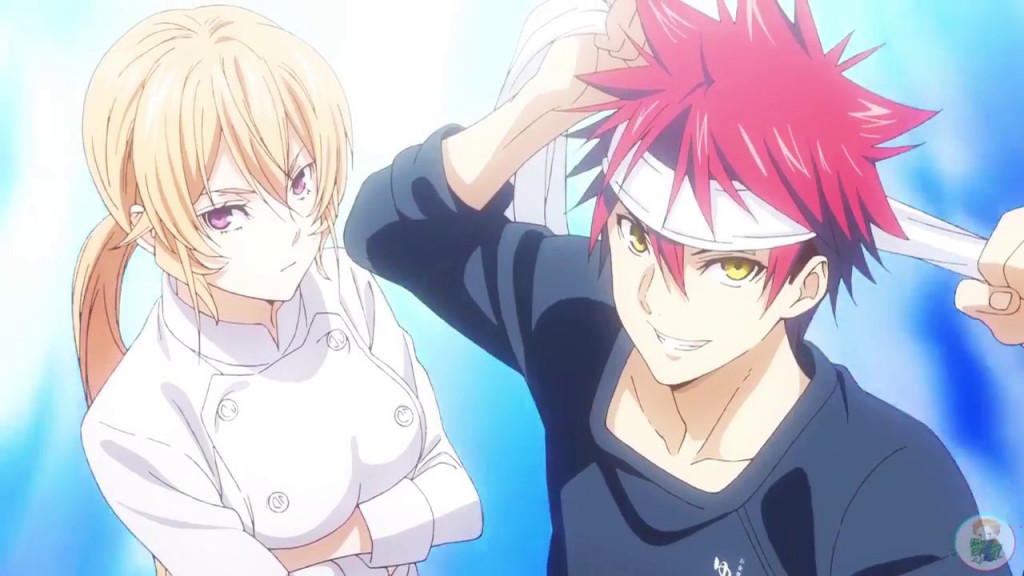 Shokugeki no Souma (also called Food Wars!: Shokugeki no Soma in English) is a Japanese anime based on a manga of the same name, which was first published on November 26, 2012. Following the considerable success the manga enjoyed, Sentai Filmworks licensed it for an anime television series, and the first season of Shokugeki no Souma premiered on April 4, 2015. Since then, a total of three seasons have aired till date, and fans of the manga and the anime show are impatiently and eagerly waiting for news on a fourth season. Here’s everything we know about it thus far.

Food Wars Season 4 Release Date: When will it premiere?

The third season of ‘Food Wars’ ended with a very weird cliffhanger and since then, many fans have been anxiously waiting for a potential season 4. And now that the manga has already come to an end, fans only have the anime to hang on to. But worry not! All the waiting is finally going to pay off since the next season of the anime has been confirmed. Food Wars Season 3 is all set to premiere on Oct 12, 2019.

Jay Hickman and Stephanie Wittels are the English voice-over artists for the lead characters of Food Wars!: Shokugeki no Soma. There are several more talented voice-actors on the list. If you are looking for English dubbed episodes of all the seasons of Shokugeki no Soma, you can find them on Crunchyroll.

The plot of Shokugeki no Souma revolves around 15-year-old Souma Yukihira, who comes from a family with rich culinary history. Souma’s father, Jōichirō Yukihira, owns and runs a popular eatery called the Yukihira Restaurant, and from childhood, Souma helped his father out as the sous chef of the eatery. Growing up, Souma’s only dream was to the run the family restaurant as the head chef. However, Souma’s dreams are shattered when his father closes the family restaurant, and heads out to test his culinary skills by cooking for famed restaurants around the world. When he leaves, he sends Souma to an elite culinary school called the Tootsuki Culinary Academy, from where only 10% of students graduate.

Despite having prior experience in cooking up culinary delights, Souma finds himself nervous at the prospect of joining the elite school, where gifted international students are also enrolled. Once he makes it past the entrance examination, Souma quickly realizes that Tootsuki Culinary Academy is no ordinary cooking school, but is an institute which is (in)famous for holding “Shokugeki” or “food wars” where students face-off in a high-stakes cooking competition. As Souma gets used to the extreme lifestyle of the elite academy, he not only meets many young, aspiring chefs, but also finds himself in awe of the institute, which is like a world-class resort full of research societies, classrooms for cooking, and massive arenas where food wars are held.

Once Souma gets accustomed to the school, he starts to learn more about the food wars, and is shocked to learn that the food wars can be used to challenge any fellow student or alumnus of the institute, and the prize can range from anything from cooking utensils and dorms to a membership in the elite Council of Ten, which is responsible for overseeing the affairs of the school.

In this competitive backdrop, Souma learns the ropes of cooking like a world-class professional, and as he hones his culinary skills, he has to take part in the feared food wars the school is renowned for. The different seasons of the show document Souma’s struggles and triumphs as he aspires to be the top student in the Tootsuki Culinary Academy. Throughout the show, we see him take part in some mega food wars, including the school’s Autumn Elections food war, and the school’s annual gourmet gala, the Moon Festival. At the Moon Festival, Souma gets his first chance to challenge the elite Council of Ten, but he soon discovers a nefarious plot which threatens to shake the very foundations of the Tootsuki Culinary Academy.

Like most anime shows, Shokugeki no Souma has an exhaustive list of characters, but there are a handful of characters who are central to the show and its plot. Below, we have provided a brief background of the main characters in the show.

Souma Yukihira: An energetic 15-year-old who is constantly striving for culinary perfection, Souma is the main protagonist of the show. While Souma is skilled in cooking dishes of different cuisines and in different styles, he prefers to use what he calls the “Yukihira style”, which is the set of culinary techniques he learnt from his father. Yet, Souma’s tendency to constantly innovate new dishes, such as Grilled Squid Tentacles Dressed in Peanut Butter, does not always go well, but his drive to constantly improve sees him rise up to every challenge the Tootsuki Culinary Academy throws at him. Further, unlike many of his co-students and teachers, Souma is not someone who exclusively uses exotic ingredients and can even cook up a storm using the most commonplace of ingredients – for Souma, it’s not the ingredient, but the cooking style and customer satisfaction which ultimately matters.

Erina Nakiri: Born to the prestigious family which owns Tootsuki Corporation and the Tootsuki Culinary Academy, Erina is a 15-year-old student who is feared throughout the academy. Known for her “God’s Tongue”, which is her ability to accurately detect flavours in any dish, she is a nightmare for those who cannot cook perfect dishes, and is known for breaking the will of many young, aspiring chefs. Yet, while Erina does have preternatural abilities when it comes to cooking and tasting, she is an elitist girl who only cooks with the best of ingredients and looks down on those dishes which do not use such ingredients. She is also a part of the elite Council of Ten and in particular has a bone to pick with Souma, whose casual and laid-back attitude she despises. That being said, Erina’s stinging insults rarely find their target with Souma, and Souma’s casual dismissal of Erina often leads to hilarious ego clashes.

Megumi Tadokoro: Hailing from a small port town in Japan, Megumi is also part of the Tootsuki Culinary Academy, and aspires to be a great chef someday. Megumi is blessed with great culinary skills, but her poor social skills and extreme demophobia almost always get in the way of her achieving greatness. Consequently, Megumi is often a poor performer during food wars, and barely survives the grind of Tootsuki Culinary Academy. As the show progresses, Megumi is blown away by Souma’s culinary skills, and the two go on to become friends. Later in the show, Megumi also serves as Souma’s assistant and partner, and the two maintain a close friendship throughout.