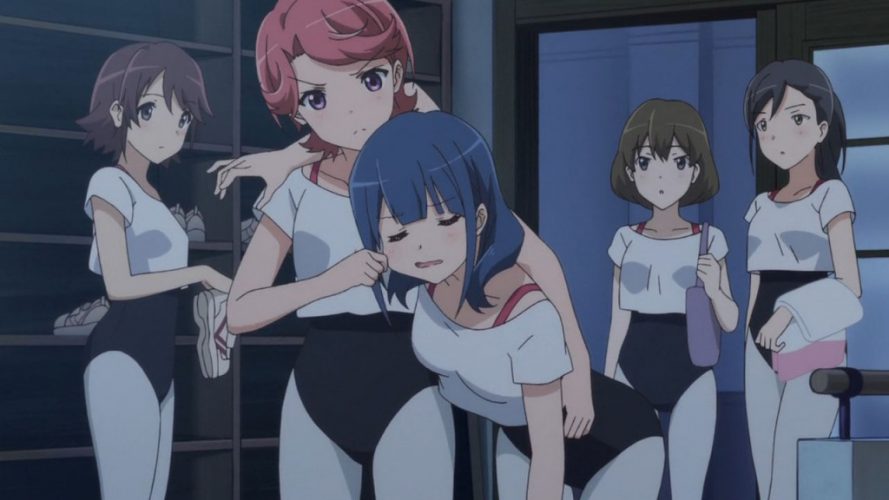 Shoujo Kageki Revue Starlight (also known as Shōjo Kageki Revyū Sutāraito in Japanese) is a music anime television series which is a part of a Japanese media franchise. The franchise, known as Revue Starlight, was created in 2017 by Bushiroad and Nelke Planning and is primarily based on a musical which was performed at the AiiA 2.5 Theater Tokyo in September 2017. Just months after the performance, three manga series began serialization in January 2018.

Subsequently, famed anime studio Kinema Citrus announced plans to create an anime television series to extend the franchise and Season 1 of Shoujo Kageki Revue Starlight premiered on July 13, 2018. It was received well by fans of the franchise and many new viewers and since then, fans have been waiting to hear news on a second season of the show. Here’s everything we know about the prospects of Season 2 thus far.

Shoujo Kageki Revue Starlight season 1, consisting of 12 episodes, premiered on July 13, 2018 and ran till September 28 of the same year. WIth the popularity of the show at its peak, Kinema Citrus then released three special episodes between October 24, 2018 and February 27, 2019. A second season, however, is still to be announced.

That being said, there’s no reason to worry just yet if you’re looking forward to a second season, since there’s plenty of time left for Kinema Citrus to announce a second season. Further, there are other factors which are in favour of a second season being made. Season 1 was based on two manga series, namely Yonkoma Starlight, new chapters of which are still being published, and the two-volume Shoujo Kageki Revue Starlight Overture. Hence, the show’s creators can draw from new chapters of Yonkoma Starlight for a new season, and can also refer to the third manga series in the franchise, Butai Revue Starlight: Show Must Go On.

Additionally, a spin-off anime television series, titled Shoujo Konto All Starlight, has also been announced, and that’s a very strong indication that Kinema Citrus wants to keep interest alive in the franchise’s anime side of things. If the response to Shoujo Konto All Starlight, that premiered on July 5, 2019, is positive, then Kinema Citrus could very well announce a second season of Shoujo Kageki Revue Starlight after the conclusion of the spin-off show. However, the anime industry is an unpredictable one and it is difficult to say with certainty what fate awaits Shoujo Kageki Revue Starlight till an official announcement is made on the future of the show. We’re keeping our ears open for news on Shoujo Kageki Revue Starlight season 2 release date and we’ll update this section as soon as we hear something reliable.

You can watch the anime on Hidive with its original Japanese audio and English subtitles.

The fantastical show is based in the fictional Seisho Music Academy and follows the story of a student at the academy in the backdrop of preparations for a musical.

The show starts off at a time when students at the Seisho Music Academy are making preparations for the annual Seisho Festival. For the festival, the girls of the 99th class are preparing to present their own musical rendition of the iconic “Starlight” – the tragic tale of two goddesses who are drawn together but are pulled apart by the weight of destiny.

One student of the 99th class is 16-year-old Karen Aijou. A theatre enthusiast since childhood, Karen has always dreamt of performing on the stage. Her love for theatre is further invigorated when a close friend of hers, Hikari Kagura, transfers to the Seisho Music Academy. With Hikari’s aid, Karen then finds a secret elevator which leads to the basement of the academy. Once there, Karen and Hikari are blown away to find that the basement houses a massive theatre where a talking giraffe hosts and moderates duels between the students of the academy. In this theatre, students duel each other to earn the title of “Top Star”, which gives them a shot at playing one of the lead roles in Starlight. Determined to land a lead role, Karen thus sets her sights on winning these mysterious battles. The show follows her and Hikari as they try to fulfill their dreams of acting on stage.

While Shoujo Kageki Revue Starlight has many characters, there are only a couple of characters who are absolutely central to the plot of the show. Below, we’ve provided you with brief backgrounds on each of them.

Karen Aijou: One of the two central characters in the show, Karen is a 16-year-old student at the Seisho Academy. A theatre enthusiast from childhood, Karen dreams of standing on the iconic “Revue Starlight” stage someday and becoming a part of cultural history. In spite of being very energetic and a loud-mouth, Karen is a very friendly person. She harbours a particular distaste for waking up early in the morning, but enjoys practicing during the day. In the duels which take place between students, Karen uses a cutlass as her weapon.

Hikari Kagura: The other central character in the show, Hikari is Karen’s childhood friend who transfers to the Seisho Music Academy. Like Karen, Hikari dreams of standing on the iconic “Revue Starlight” stage. Although Hikari starts off strong, she loses some of her self-confidence after losing the Revue auditions in England. Subsequently, she transfers to the Seisho Music Academy and starts working her way up again. As far as Hikari’s personality is concerned, she is shown to be a very calm and mature girl for her age who remains very concerned about Karen’s participation in the Revue auditions. In the duels which take place at the Seisho Music Academy, Hikari uses a rope dagger.