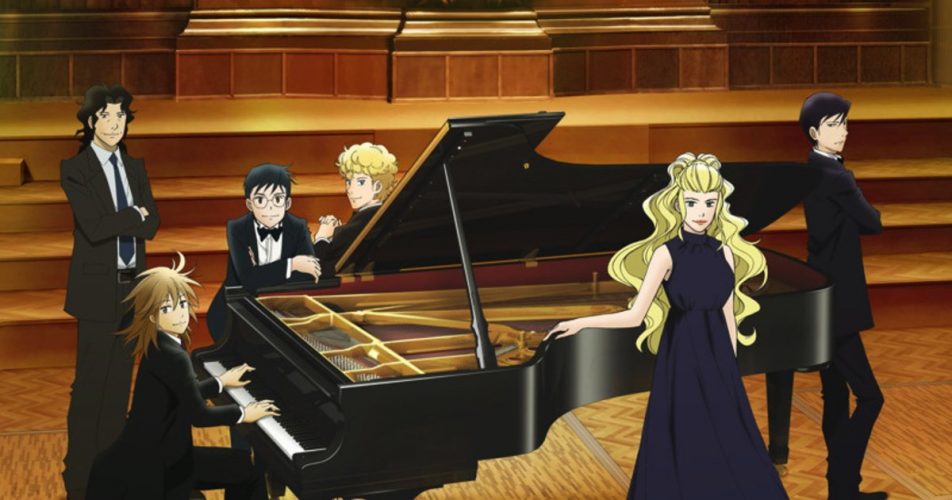 Forest of Piano (also known as Piano no Mori: The Perfect World of Kai in Japan) is a Japanese drama anime television series which is based on a manga series of the same name. Written and illustrated by Makoto Isshiki, the manga series was first published more than two decades back on August 5, 1998, and it ran till November 5, 2015. Almost a decade after its initial publication, famed anime studio Madhouse decided to adapt part of the manga series into an anime movie, and the movie made its way to viewers’ screens on July 21, 2007.

Although the anime was quite a hit among fans of the source material and new viewers alike, no further anime adaptations of the manga were taken up by Madhouse. A decade later, another anime studio, Gaina, decided to adapt the manga series into an anime television series, and Season 1 of Forest of Piano made its way to viewers’ screens on April 9, 2018, much to the delight of fans. Subsequently, the show was renewed for a second season, and Season 2 premiered a few months later on January 28, 2019. Now, fans of the franchise are waiting for news on a third season of the show. Here’s everything we know about Season 3 of Forest of Piano thus far.

Forest of Piano Season 3 Release Date: When will it premiere?

Forest of Piano season 2 premiered on January 28, 2019 and ran till April 15, 2019. In the time that has elapsed since then, Gaina has not renewed the show, and it remains to be seen whether Forest of Piano sees a third season being made.

That being said, it’s too early to expect a renewal announcement, and there’s no reason to panic yet. Anime shows are typically renewed within a period of five years, so there’s plenty of time left for Gaina to announce a renewal. Further, considering the 17-year runtime of the manga series, there is surely no doubt of source material. Given these facts, we think that there’s a good chance of Forest of Piano being renewed for a third season. Our best guess is that Forest of Piano season 3 release date could fall sometime in 2021. We will update this section as soon as we hear more.

The English dub for ‘Forest of Piano’ is available on Netflix.

Being a drama anime show, Forest of Piano eschews using familiar anime tropes and instead focuses solely on character development in the backdrop of a simple premise.

The show revolves around two boys whose love for playing the piano result in their lives becoming intertwined. On one hand, the show focuses on the story of a boy called Kai Ichinose. Born to a prostitute, Kai grew up in the red light district with no formal training in music. However, he discovered an abandoned, old piano in a nearby forest and started sneaking out at night to practice. Kai immediately found that he had a knack towards playing the piano, and with practice, he started to develop into a brilliant pianist. On the other hand, the show focuses on the story of another boy, Shuhei Amamiya, who was born to a wealthy family and a professional pianist father. Having learned to play the piano from childhood, Shuhei is also shown to be a great pianist.

The story starts off when Shuhei transfers to Moriwaki Elementary, Kai’s elementary school. However, Shuhei’s start to school does not go smoothly, and he soon becomes the target of bullying. One fine day, Shuhei is dared to play the mysterious piano in the forest, which is said to be cursed. Left with no option, Shuhei gives in, and it is in this way that he first meets Kai. While Shuhei is unable to get the piano to work, Kai plays a wonderful tune and earns the respect of Shuhei and his music teacher, Sosuke Ajino. Impressed by Kai, both Shuhei and Sosuke try to get him to take piano lessons, but Kai is initially hesitant to do so. However, he eventually relents, marking the beginning of a heartwarming tale of friendship between himself and Shuhei.

Although there are many characters in Forest of Piano, there are only a handful of characters who are central to the plot of the show. Below, we’ve provided you with brief backgrounds on each of these characters.

Kai Ichinose: One of the two main protagonists of the show, Kai was born to a prostitute and grew up in the red light district. Living just beside a forest which had an abandoned piano, Kai snuck out at night to practice and eventually taught himself how to play. With practice, he became quite a pianist for his age, and developed a deep love for music. When Kai finally meets Shuhei, he manages to impress both Shuhei and his music teacher, Sosuke Ajino, both of whom implore Kai to take formal lessons. Being self-taught, Kai is initially hesitant to start formal training, but finally does so when he realizes that training would transform him into a brilliant pianist. However, when he starts training, he starts hating Sosuke. But, with time, he starts appreciating the music teacher, and starts to imbibe Sosuke’s knowledge of music.

Shuhei Amamiya: The other main protagonist of the show, Shuhei comes from a privileged background and was born with a silver spoon in a family of professional pianists. Despite his very different upbringing, Shuhei comes into contact with Kai after he transfers to Kai’s elementary school, Moriwaki Elementary. There, Shuhei struggles to settle in and is bullied frequently. When Shuhei is dared to go into the forest and play the abandoned piano, he does so, and it is here that he first meets Kai. When Kai manages to play a wonderful tune on the piano, he leaves Shuhei impressed. Subsequently, Shuhei urges Kai to take music lessons, and together, the two grow as musicians and become good friends.

Sosuke Ajino: The music teacher at Moriwaki Elementary, Sosuke is a former world-class pianist who now spends his days teaching kids. He takes both Shuhei and Kai under his wing to nurture their talents and help them develop into world-class pianists. Although Sosuke has a tough time with Kai initially, the two start sharing a good rapport as the show goes on.