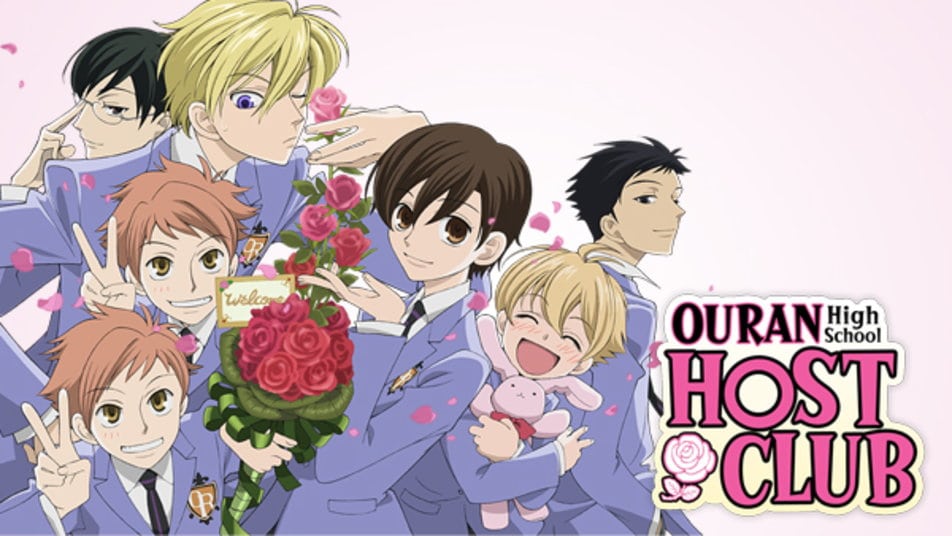 Ouran High School Host Club (also known as Ōran Kōkō Hosuto Kurabu in Japanese) is a Japanese romantic comedy anime television show which is based on a manga of the same name. Written and illustrated by Bisco Hatori, the manga series was first published on July 24, 2002. It had a good run, and the final volume of was published on September 24, 2010.

In 2006, Ouran High School Host Club was picked up to be made into an anime show, and Season 1 of the show premiered on April 5, 2006. The anime follows Haruhi Fujioka, a scholarship student at a school called Ouran High School, and the other members of a popular host club. The show focuses on the relationships that exist within and outside the Club and is a funny, satirical take on the cliches that arise.

The first season of Ouran High School Host Club went on to become a huge hit and since then, fans of the manga and the show have been waiting for news on the second season, and here’s everything we know about the prospects of Season 2 thus far.

Ouran High School Host Club season 1 premiered on April 5, 2006, and well over a decade has passed since then.

However, despite all these, no second season of the anime show has been announced as of now. Considering the fact that anime shows are usually renewed within a period of five years, this is indeed disheartening. Having said that, we also know that there’s plenty of material available for the second season, if the producers want to make one. Our best guess is that in the unlikely scenario of the anime getting renewed, Ouran High School Host Club season 2 release date could be sometime in 2021. We will update this section as soon as we hear more.

You can watch all the dubbed and subbed episodes of Ouran High School Host Club on Funimation and AnimeLab.

The show, of course, revolves around the fictional Ouran High School in Japan, with a particular focus on the life of Haruhi Fujioka, a student in the school.

The Ouran High School is not for the ordinary, and is an elite academy which only the children of the rich and powerful attend. Within the elite school, there’s a club called the Host Club, which consists of the most elite among the student body. Comprised of six members, the club is led by the princely Tamaki, and includes the mischievous Hitachiin twins, the “Shadow King” Kyouya, the childlike Mitsukuni, and his strong friend and protector, Takashi. The Host Club, however, is not particularly academic, and is a place of debauchery where its bored members entertain beautiful and equally bored girls.

In this backdrop, the show follows Haruhi Fujioka, a student at the academy with an ordinary background. Haruhi, owing to her academic brilliance, joins the Ouran High School on a scholarship, but soon gets entangled in the drama of the Host Club. On her first day, Haruhi heads to Music Room #3 looking for a quiet place to study, and instead stumbles upon the Host Club. Desperate to tear herself off the group and run, Haruhi ends up breaking a vase worth eight million yen, and gets herself into a massive debt which she owes to the members of the Club. However, Tamaki and his friends mistake Haruhi for a boy, and make her their errand boy. Left with no option, Tamaki has to slip into her new role, and she quickly falls into favour, and is named the full-time male host of the Club.

As Haruhi gets used to her new life, she becomes privy to elaborate parties, luxurious food, cosplays, and other activities the rich and elite Host Club members indulge in. As the show progresses, the Club members figure out Haruhi’s actual gender, and Tamaki falls in love with her. However, he refuses to reveal his feelings to Haruhi, and Haruhi, on her part, remains oblivious about her growing feelings for Tamaki.

Haruhi Fujioka: The main protagonist of the show, Haruhi is an intelligent and talented freshman student at the Ouran High School who is studying on a scholarship. On her first day, Haruhi lands herself in trouble by breaking an expensive vase belonging to the Host Club. However, the Host Club members mistake her for a boy owing to her short hair and gender-ambiguous face, and they make her their errand boy. Over the course of the show, Haruhi gets promoted to a full-time male host and finds herself neck deep in a world of lavish parties and debauchery. She is often asked to entertain females, and she starts enjoying her duties as a full-time male host. However, despite her work in the Host Club, Haruhi does not like neglecting her studies, and is an accomplished student.

Tamaki Suou: The founder and president of the Ouran High School Host Club, Tamaki is a flamboyant and charming second year student at the school. Despite his flamboyance, Tamaki is a dedicated host whose main source of happiness is the enjoyment of his guests. Owing to his good looks and charming nature, Tamaki can sweet talk any girl into liking him, but he does not exploit this and is shown to be honest about his compliments. He is also a talented pianist with a love for classical music, especially Mozart.

Kyouya Ootori: The vice-president of the Host Club, Kyouya, also known as the “Shadow King”, is Tamaki’s best friend and the true orchestrator of what goes on inside the club. Sly, cold, and calculating, Kyouya is the polar opposite of Tamaki and is always looking to do things for his own benefit. However, occasionally Kyouya does show a selfless side, but has quite a temper. Being the son of an extremely wealthy businessman, Kyouya tries hard to live up to his strict father’s expectations so that one day he can inherit the family business.

The Hitachiin twins: Two other members of the Host Club, Kaoru and Hikaru Hitachiin are twin brothers who are known for their mischievous ways. Known as the little devils, Kaoru and Hikaru use their wit to forge relations with clients, but are extremely calculating. Both brothers share a strong bond, having had a lonely childhood, and are not easily open to letting anyone else into their world. Further, owing to how similar they look, no one can tell them apart except Haruhi, which is why the greatly treasure her friendship.

Mitsukuni Haninozuka: Mitsukuni is another member of the Host Club who is popularly known by his name, Honey-senpai. A childish and cake-loving senior of the Ouran High School, Mitsukuni has an elementary school appearance but packs a punch. A skilled fighter, Mitsukuni can send any aggressor flying with just one kick. Part of his martial skills comes from his father, who is the owner of a famous dojo in Japan. In the club, Mitsukuni can be seen attracting clients with his cuteness, and he carries a stuffed bunny to keep his cute appearance up.

Takashi Morinozuka: Another member of the Host Club, Takashi is a tall, stoic, and kind senior who is always seen by the side of Mitsukuni. Historically, his family served the Haninozuka family, and although the master-servant relationship does not exist anymore between the two families, Takashi is shown to be extremely protective towards Mitsukuni, and tries to carry out his every wish. Also known by his nickname, Mori, Takashi’s hobbies include kendo and karate.