7 Shows Like Pirate Gold of Adak Island You Must See 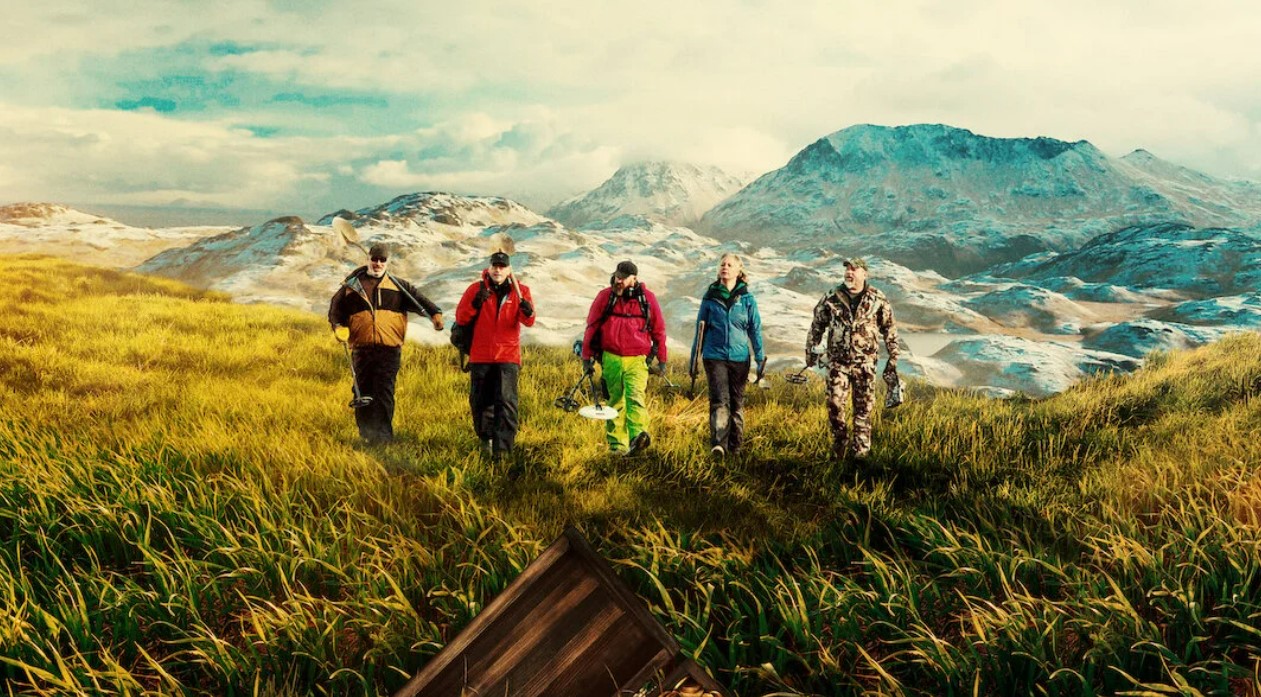 Netflix’s 8-part reality series ‘Pirate Gold of Adak Island’ takes the viewers to the titular island in Alaska. On the show, the mayor, Thom Spitler, hires a group of experts with unique skillsets to go after the long-lost treasure of pirate captain Gregory Dwargstof. Thom, along with the team of four, explores the land in hopes of finding gold coins that could be worth more than $350 million.

The show features the group using their geography and underground scanning expertise to find the buried treasure during a race against inclement weather. So, if you loved the exploits of Thom and his team looking for the gold, you’ll also love these shows. You can watch most of these shows similar to ‘Pirate Gold of Adak Island’ on Netflix, Hulu, or Amazon Prime.

‘Diggers’ features two metal detectorists, “King George” Wyant and Tim “The Ringmaster” Saylor. Throughout four seasons, George and Tim travel across different places in the United States, looking for metals of historical relevance. The show’s strong ties to history and things left behind run parallel to the Netflix show’s search being spurred on by a discovery unearthed during World War II. For George and Tim’s second season, the show even added an archaeologist to help with research and explain the significance behind any finds.

‘Cooper’s Treasure’ has a fascinating premise. During an expedition in space, Astronaut Gordon Cooper noticed several anomalies on Earth. He believed them to be shipwrecks that could contain loot. After extensive research, Gordon made a treasure map that he shared with professional treasure hunter Darrell Miklos. On the show, Darrell sets out to these locations to find out whether they hold riches. This show is similar to ‘Pirate Gold of Adak Island’ since both deal with finding treasures lost with the passage of time.

In 1865, after Confederate President Jefferson Davis was captured by Union Army’s Michigan 4th Cavalry, there were stories about Confederate gold and silver being smuggled into Michigan. Later, a lighthouse keeper confessed on his deathbed that part of that stolen treasure was placed in a train car or a barge and pushed into Lake Michigan. Like the viewers see in ‘Pirate Gold of Adak Island,’ this show also brings together a group of experts with varying skills to aid the treasure hunt. It features a metal detection expert, divers, and an underwater archaeologist, among others.

This show features a team of treasure hunters looking for riches and valuables on Oak Island in Nova Scotia, Canada. The island is quite well-known for several stories of buried treasure and artifacts. Like ‘Pirate Gold of Adak Island,’ this show uses various scientific developments and technology to aid the search for the treasure. Furthermore, both shows chronicle the respective teams dedicating themselves to finding anything that will lead them to these riches in the same place. Through the course of the show’s multiple seasons, treasure hunters work on different parts of Oak Island and even find some ancient artifacts.

Philippe Cousteau, the grandson of the famous French oceanographer, Jacques Cousteau, takes the lead in this show along with his journalist and environmentalist wife, Ashlan. Every episode has the Cousteaus tackle a different mystery as they explore the waters of the Caribbean to look for pirate shipwrecks and hopefully find some valuable artifacts and riches. ‘Caribbean Pirate Treasure’ follows the theme of looking for pirate booty, precisely what the team on ‘Pirate Gold of Adak Island’ are out to find. In both shows, the seasoned explorers are chasing after the legend of pirate treasure by using any information available from that time.

In 1524, an assortment of Incan gold called the Treasure of the Trinity was stolen. Over the years, several people have looked for this treasure along the coast of Brazil, but the glory remained elusive. ‘Treasure Quest: Snake Island’ has a group of treasure hunters exploring Snake Island, Brazil, and then other South American countries in the later seasons. As with the Netflix series, the team of experts has to deal with a horde of obstacles on a remote island before they get to their prize. Furthermore, each person featured on ‘Treasure Quest: Snake Island’ contribute uniquely with their skill and expertise. If you liked the breathtaking visuals of Adak on the Netflix show, you’d not be disappointed with how this series beautifully captured the wilderness of South America.

‘Expedition Unknown’ features explorer Josh Waters investigating several mysteries around the world. The nature of the show means that Josh visits several remote areas, bringing to light some iconic legends and how they connect to the local culture. Over the years, Josh has looked into things like the Incan lost city of gold or Captain Henry Morgan’s loot, in addition to other stories like the disappearance of Amelia Earhart and the Nazi era’s lost fortunes. The show offers a bit of everything, including the historical significance and the treasure hunting aspects of ‘Pirate Gold of Adak Island.’ Not just that, viewers will enjoy the other globetrotting adventures of Josh Waters.