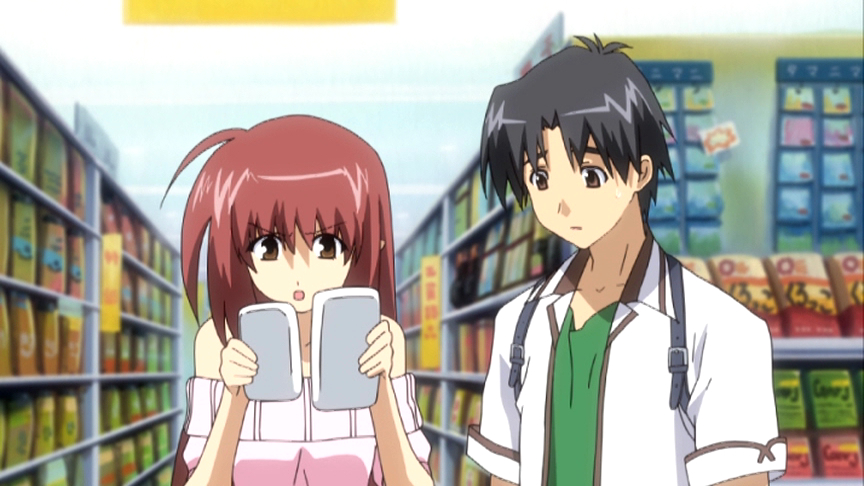 ‘Shuffle’ is a culmination of every typical anime genre you can think of—from harem to comedy to romance, the anime has it all. But despite how typical and predictable it can be all the time, it keeps you entertained with its eccentric cute characters and all of their ridiculous gimmicks. Not to mention, its unique animation style and character designs just make it even more enjoyable.

For anime fans who really love harem anime shows with the generic high school setup, ‘Shuffle’ is easily one of the best anime shows out there. And if you have already seen its first season, read on further to know more about the prospects of its renewal.

Shuffle Season 2 Release Date: When will it premiere?

‘Shuffle’ season 1 premiered on July 8, 2005 and with a total of 12 episodes, it ended on January 6, 2006. Though it has a fairly average rating on most platforms, ‘Shuffle’ was very well received when it first premiered. Unfortunately, despite this, the creators of the show never really came out with a whole new season.

It has been more than a decade now since it first premiered and to a large extent, all the hype around it has already faded. So for obvious reasons, the Studios that initially created will probably not consider it for renewal. In the unlikely scenario of the anime getting a renewal, you can expect Shuffle season 2 to come out sometime in 2023 or later.

The English dub of ‘Shuffle’ is available on Funimation and Amazon Prime.

‘Shuffle’ is set in a world where Gods and Demons coexist with humans after the doors to all the different dimensions are opened. Tsuchimi Rin, the main protagonist, is just an ordinary schoolboy who peacefully spends his days with her best friend Kaede. One day, the Demon King and the King of God move to Rin’s neighborhood along with their families. And to everyone’s surprise, their daughters, Sia and Nerine, end up falling in love with Rin. This leads to a series of events where several other upper-class girls start falling for Rin and with what follows, Rin’s ordinary high-school life turns into an unwanted harem.

Rin is the main character of the series who is a second-year student at the Verbena academy. After the death of his parents, Rin has always lived with his best friend Kaede and her father. When it comes to his appearance, he is unusually good looking and has jet black hair with big dark eyes. He is kind to everyone around him and that’s one big reason why most girls admire him so much.

But later, this itself proves to be his biggest flaw as his goal to make everyone happy just hurts all the girls who want to be with him. Out of all the girls who are into him, he shows a lot of interest in  Lisianthus and Nerine, but still takes up a minimal amount of initiative to get involved with them in any way. As for Kaede, in the anime, he only looks at her as his best friend. Even when people tell him that the two of them would make the perfect couple, he just dismisses it by claiming that they’re only childhood friends and will always remain that way.

When both Kaede and Rin were young, Kaede’s mother and Rin’s parents were killed in a car accident. Back then, for several years, Kaede blamed Rin’s parents for her mother’s death and did not even care about his feelings. However, in middle school, when she finally realizes that it wasn’t Rin’s fault, she started becoming nicer to him. She even joins the cooking club of the school, later on, to learn how to cook for Rin. After a point, even Kaede falls for Rin but never really confesses it as she fears that it might ruin their friendship.

Kaede is Rin’s best friend and is also his classmate at the Verbena Academy. She is a pretty young girl with bright orange hair, sky blue eyes, and a slender petite build. For the most part of the series, she is seen in her school uniform. She is a typical yandere character and her appearance completely changes when she takes her true form. Her innocent eyes turn soulless and she becomes extremely hostile in her yandere mode. Despite being madly in love with Rin, she feels that she is not worthy of being loved by him. She still deeply cares for him and gets really jealous when other girls try to get too close to him.