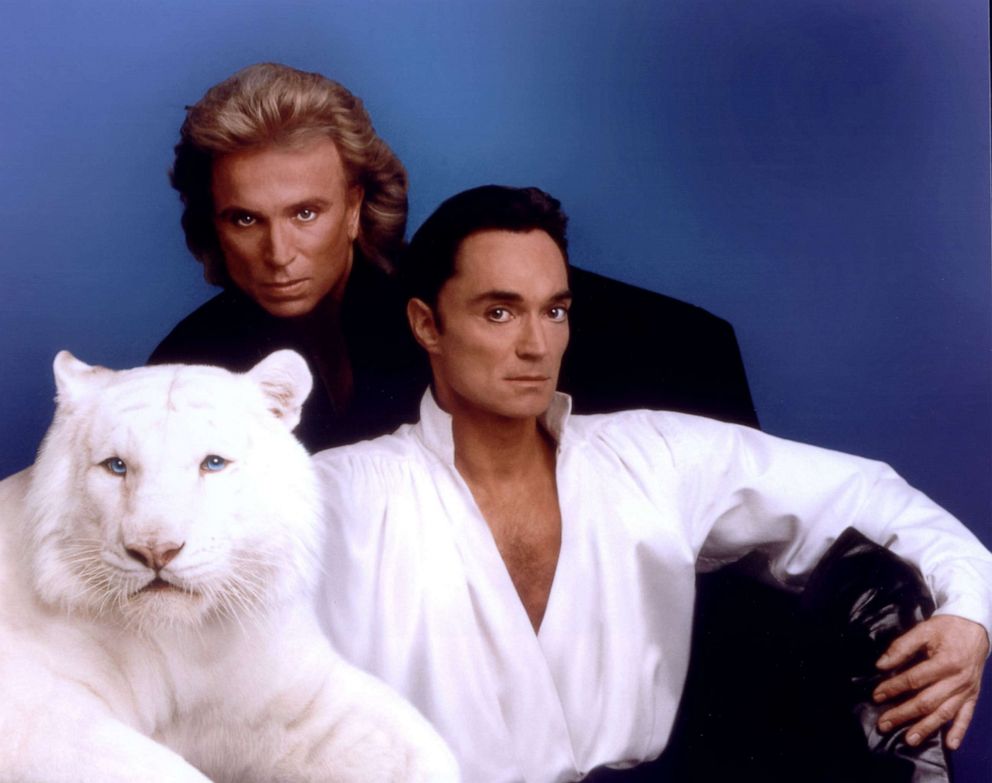 ABC 20/20’s ‘Siegfried & Roy: Behind the Magic,’ features the legends in the history of entertainment. The iconic duo set themselves apart as magicians and entertainers who held their audiences through captivating performances. Their stardom remained unbreakable till one event left one of them disabled to perform any further.

Who Are Siegfried and Roy?

Siegfried Fischbacher and Roy Horn are originally from Germany. They later arrived and settled in the US. The two met while working on a show. Siegfried asked Roy to assist him for a magic performance and thus grew their partnership. If Siegfried was interested in magic since childhood, then Roy had a fascination with wild animals. Before they met too, this was their niche area of expertise.

The two initially worked on a cruise ship and got their first major contract to work together in Germany at a nightclub. Following this, once their European nightclub circuit was set, they began performing with tigers. Tony Azzie, chanced upon them in Paris and asked them to come to Las Vegas. Their career was seeing a steady success during the time till they got their own show in 1981, called ‘Beyond Belief.’ The show was a success and went on to a world tour in 1988. The two were nothing short of stunning as they took on the stage with daring performances involving white lions and tigers. The thrills and tricks set them apart in the industry till it all came crashing down due to a slip of an event.

The duo held an unbeatable record of the most viewed show in the New Frontier Hotel and Casino in Las Vegas. In 2003, however, everything took a bad turn. In one of their performances, Roy decided to go a little off-script and held the mike to Mantecore, a seven-year-old white tiger, to say ‘hello.’ The tiger perhaps caught unaware, bit Roy’s sleeve. As the standard protocol to such shows goes, he brushed the tiger away and yelled ‘release’ but to no avail. The tiger already on predatory mode knocked him down and held him under its paw’s grip. While others rushed to his aid, Mantecore went for Roy’s neck, digging its fangs deep and dragged him off the stage.

The incident was nothing short of a nightmare. Siegfried and a few other trainers were able to free Roy from Mantecore’s clutches by spraying CO2 at the animal. In any case, the attack left Roy gravely injured. His spine was severed along with massive blood loss. His body parts were crushed in several places. This permanently affected his normal abilities to walk and move around.

Many theories popped after the attack as to why it happened. Though these things can actually happen, one of the trainers named Chris Lawrence said that Mantecore should never have been taken for that night’s performance as the tiger seemed off and in a bad mood.

Where Are Siegfried and Roy Now?

By 2006, Roy significantly improved and was able to talk and walk again. Siegfried was with him every step of the way in his recovery. To make peace with the way everything went down; the duo made one final show with Mantecore in 2009. In 2010, they retired from the show business altogether.

There were rumors about the two being romantically involved, and that was put to rest when they came out in 2007 as openly gay. The two mostly kept their relationship under the wraps as they didn’t want the attention of their show to be elsewhere. Eventually, they ended their relationship and have stayed close friends ever since.

In 2011, the two came under some heat as they were charged with a sexual harassment case. According to an article in the Las Vegas Sun, they maintained a very sexualized home space and continuously made sexual advances against their assistant. All the plaintiffs were, however, denied by the two. The case, which was strong as three more came forth to testify, soon ebbed away from the eyes of the media.

The two are the subjects of a biopic that began filming in 2017. The two at present are still known to be living in an estate in Las Vegas, named Little Bravia. This would make sense considering their trajectory to fame in the US began in Las Vegas. (Feature Image Credit: abcnews.go.com)