Based on the ‘Slough House’ series of novels by Mick Herron, the Apple TV+ spy thriller series ‘Slow Horses’ tells the story of a group of MI5 operatives deemed by the agency as “undesirables.” They are sent to a division to called the Slough House, where much of their job doesn’t extend beyond paper-pushing tasks. But there are times when Britain needs this group of outcasts to save it from the dangers lurking inside or outside its borders.

In season 2 episode 4, titled ‘Cicada,’ Jackson Lamb (Gary Oldman) learns the truth about Min Harper’s death. Meanwhile, a grieving Louisa (Rosalind Eleazar) seeks vengeance and gets close to Arkady Pashkin. In Upshott, River (Jack Lowden) has dinner with Andrei Chernitsky and the Tropper family. Here is everything you need to know about the ending of ‘Slow Horses’ season 2 episode 4. SPOILERS AHEAD.

The episode begins with Rebecca speaking about Min’s death to Lamb. It turns out that Min didn’t even get far from where we last saw him alive in the previous episode. Piotr and Kyril were involved, as were Chernitsky. Piotr was holding a drunken Min up when Chernitsky came from Min’s behind and started choking him. Using Rebecca’s car, Kyril hit Min, but that didn’t kill him. Chernitsky ultimately killed Min with a hidden knife in his ring.

There was another man at the scene that Rebecca couldn’t identify, though Lamb seems to believe that it was Pashkin. Although Lamb had promised Rebecca earlier that he would provide her with agency protection, it becomes quickly clear that he has no intention to do so for a woman who was indirectly involved in the death of one of his agents.

Elsewhere, Louisa meets up with Pashkin and tries to seduce him so she can interrogate him. Marcus intercepts her on Lamb’s behalf. After Louisa speaks to her boss and realizes how determined he is to avenge Min, she agrees to back off.

Meanwhile, Catherine (Saskia Reeves) goes to meet with a Russian broker of information — the one who set up the meeting between Webb and Pashkin. Catherine is remarkable in her own way, but she is no field agent and has no idea how to deal with a man like Victor Krymov, who asks her to share personal stories. In exchange, he agrees to tell her what he knows about Pashkin. Catherine is there under false pretenses, and it’s evident that Krymov figures that out quickly. Catherine doesn’t get much out of the man. When she later speaks about this to Lamb, he agrees that Krymov probably knows more than he is letting on, but he doubts that Catherine will be able to get anything out of the man.

Ilya Nevsky is the Russian oligarch and defector touted as the country’s next leader. Webb and Pashkin’s upcoming meeting was supposed to lead to a sit-down between Nevsky and Diana Taverner (Kristin Scott Thomas). But it becomes clear in this episode that the case involving the Cicadas is directly related to the upcoming meeting. Lamb discovers that Nikolai Katinsky, a KGB agent who defected to the UK during the Cold War, has been reactivated again. As Katinsky admits to Lamb, the Russians left him alone after his defection because he promised to help them carry out a mission in the future. 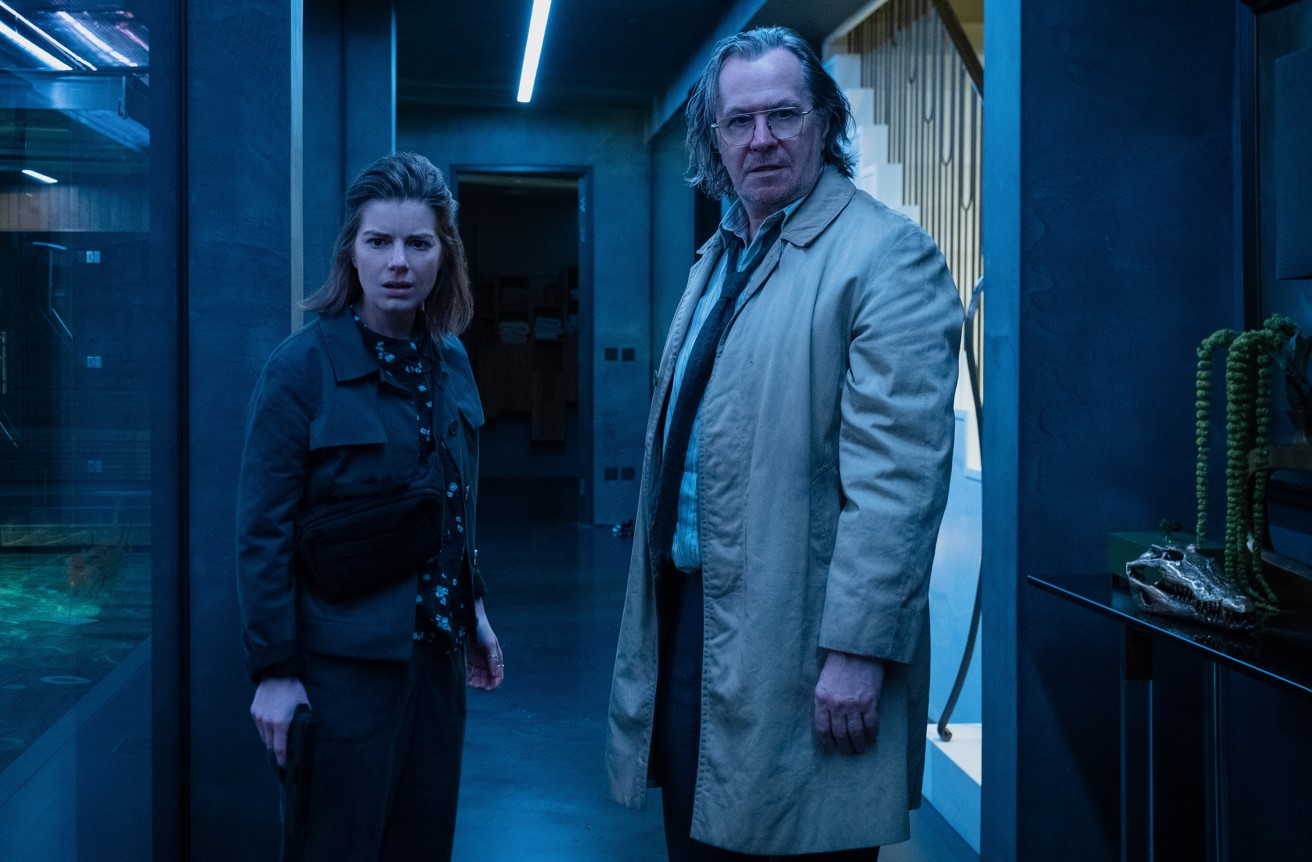 Lamb tries to figure out what is going on by staking out Ilya Nevsky’s home along with Shirley (Aimee-Ffion Edwards) and realizes that something is amiss. There are multiple CCTV cameras at the front of the house, and yet he and Shirley haven’t been confronted by Nevsky’s security. When they walk into the oligarch’s home, they discover that all members of Nevsky’s security routine are dead. They find Nevsky’s body with burn marks on it. He was locked inside the sauna, and it seems like he shot himself before a more gruesome death could claim him. Before Lamb and Shirley flee, fearing radiation exposure, they notice that some of Nevsky’s fingers are missing.

Lamb believes that Pashkin, this man who supposedly worked for the deceased, is responsible for the horror scene he and Shirley just saw. This makes him wonder whether Regent’s Park is somehow involved in this, and he goes to speak to Taverner.

Who is the Sleeper Agent in the Trooper family?

From the moment Chernitsky shows up at the Tropper household, and it becomes clear that one of the members of that family is a Russian sleeper agent. The suspicion initially falls in on Duncan, the unpleasant patriarch of the family. However, in episode 4, it is revealed his amicable wife, Alex (Catherine McCormack), is a sleeper agent. After River confronts Chernitsky and Katinsky, holding them at gunpoint, Alex gets close to an unsuspecting River and knocks him out with a taser.

Read More: Was Slow Horses Written by Actor Will Smith?