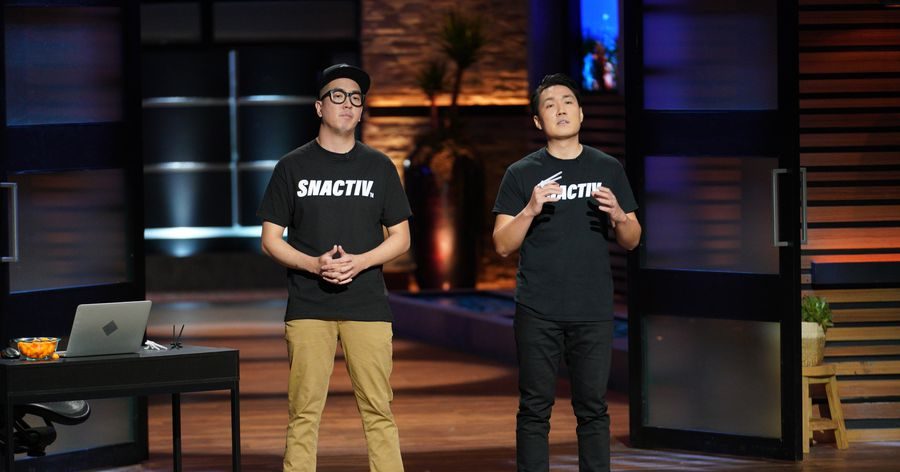 In season 13 episode 12 of ‘Shark Tank,’ entrepreneurs Kevin Choi and Edwin Cho wanted the Sharks to tune into their product, Snactiv. The product works as an easy-to-use finger chopstick that keeps fingers spotless in the middle of a snack session. Such an innovative idea to do away with messy fingers deserves a second look, and thus, we decided to find out everything there is to know about Snactiv.

Snactiv: Who Are They and What Do They Do?

The brains behind Snactiv, Kevin and Edwin, are incredibly talented and experienced in the field of design. Kevin completed his BFA in toy design from the Otis College of Art and Design before going on to work with incredibly popular brands like Disney, Magic Jump Inc, and Mattel. Meanwhile, Edwin completed his Bachelor of Science degree from the NYU Stern School of Business and also worked for Mattel, Fuhu, and ZipRecruiter. By 2020, both Kevin and Edwin wanted to start a venture of their own and thus co-founded Inoobi Incorporated, the company behind Snactiv.

Messy fingers while snacking is a global problem that people deal with on a daily basis. Moreover, with computers, gaming consoles, mobiles, and other electronics not taking kindly to food crumbs, it was a problem that needed a swift and effective fix. Thus, through Inoobi, a company that strives to design innovative and valuable solutions, Kevin and Edwin decided to tackle the age-old problem before coming up with Snactiv. One can picture Snactive as a pair of chopsticks or tweezers that fits snugly between the user’s middle and forefinger. The product thus goes on to be an extension of one’s fingers, allowing users to munch on the spiciest of snacks without any mess.

Snactiv: Where Are They Now?

Kevin and Edwin first proposed the idea through a Kickstarter campaign that was able to raise around $41,700 in April 2021. A few design makeovers later, the product shipped to rave reviews in October 2021. Business boomed within months of launching the product, and soon the friends had to increase production in order to meet demands. Although Snactiv initially faced a bit of contest from cheap knockoffs, they soon rose above the competition and secured their position as the market leader.

At present, Snactivs are available in black or white, with each piece costing $15 or $18, depending on whether you choose to buy it with an added protective case. In the United States, the original Snactiv can be purchased exclusively from the official website, while other third-party partners distribute the product in South Korea, Taiwan, and Hong Kong. Additionally, with the company now planning an expansion into Japan, it seems like further success is awaiting Snactiv in the near future.