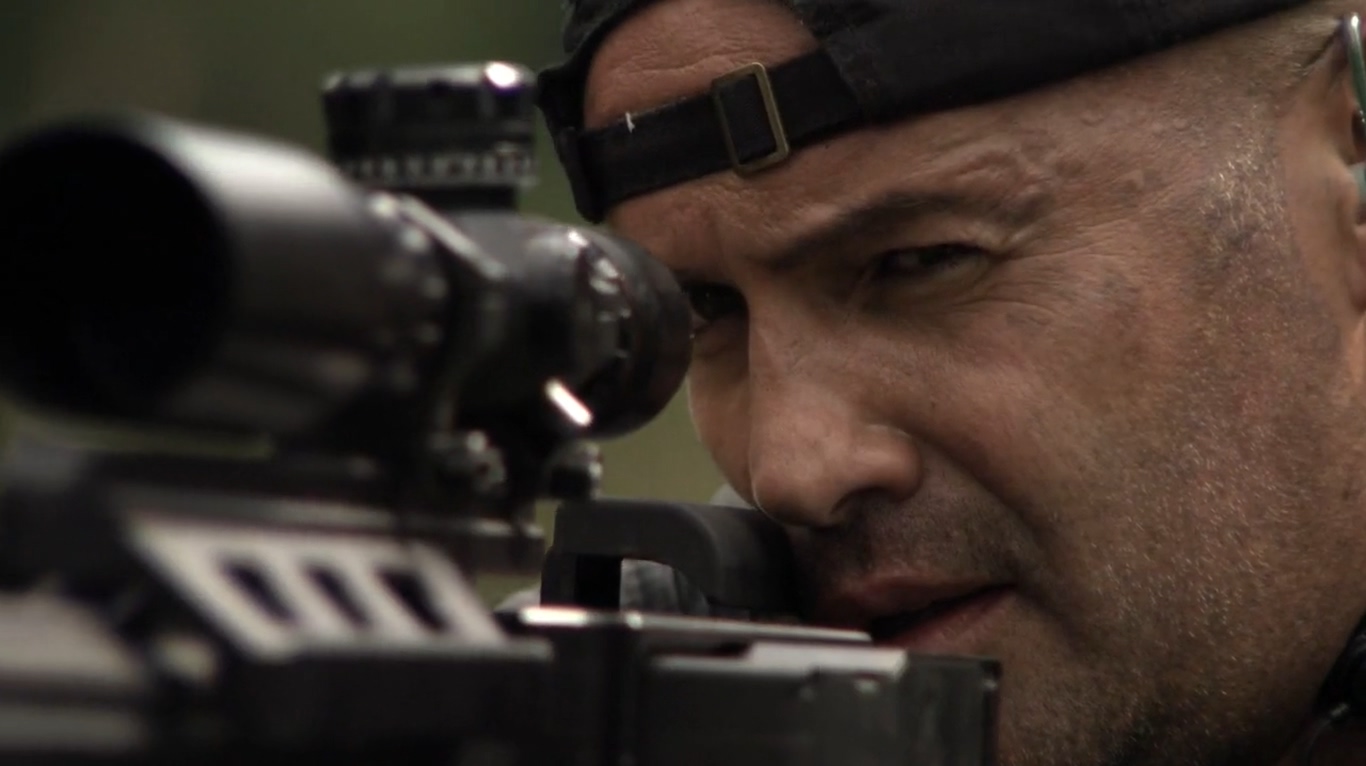 Directed by Don Michael Paul, ‘Sniper: Ghost Shooter’ is a 2016 military action feature film released in the direct-to-video format. The sixth follow-up of the popular film franchise ‘Sniper’ is an enthralling adventure that plunges the audience into the vortex of an international energy conflict. Much like other films in the series, the narrative follows Elite Force Gunner Brandon Beckett as he embarks on another mission to save the world from impending terrorist threats.

This time, the narrative takes him to a violent and corrupt Georgia where he must anticipate and intercept an imminent terror attack on Georgian pipelines by extremist organizations, while the enemy always remains one step ahead. An internal security breach is recognized, and the marines are finally able to think like the enemy. At the end of the film, a nerve-wracking shootout erupts, and while the ending is seemingly conclusive, there remain some questions that need to be addressed. Without further ado, let us now delve deeper into the final moments of the film and elucidate it for you. SPOILERS AHEAD.

Richard Miller, aka Zeus (Billy Zane of ‘Titanic‘ fame), and his team are on a mission to save a few American hostages from a terrorist group in Syria. They take their positions and close in on the scene of the execution of the hostages. There is a juvenile in the group who is given the charge of the first execution, and Zeus is cleared by the Colonel for the shot. Zeus commands Gunner Beckett, aka Rampage, to take the shot.

But the target is a child who hesitates to take a life, and Rampage cannot pull the trigger. Another gunner in the team, Suicide, takes the shot but misses the target, making the enemy alert. The terrorist group executes the hostages and tries to flee the scene but is met with heavy air assault from the military. Finally, they manage to destroy the target vehicle with the help of a US army drone, but with the hostages dead, the mission is rendered a failure. 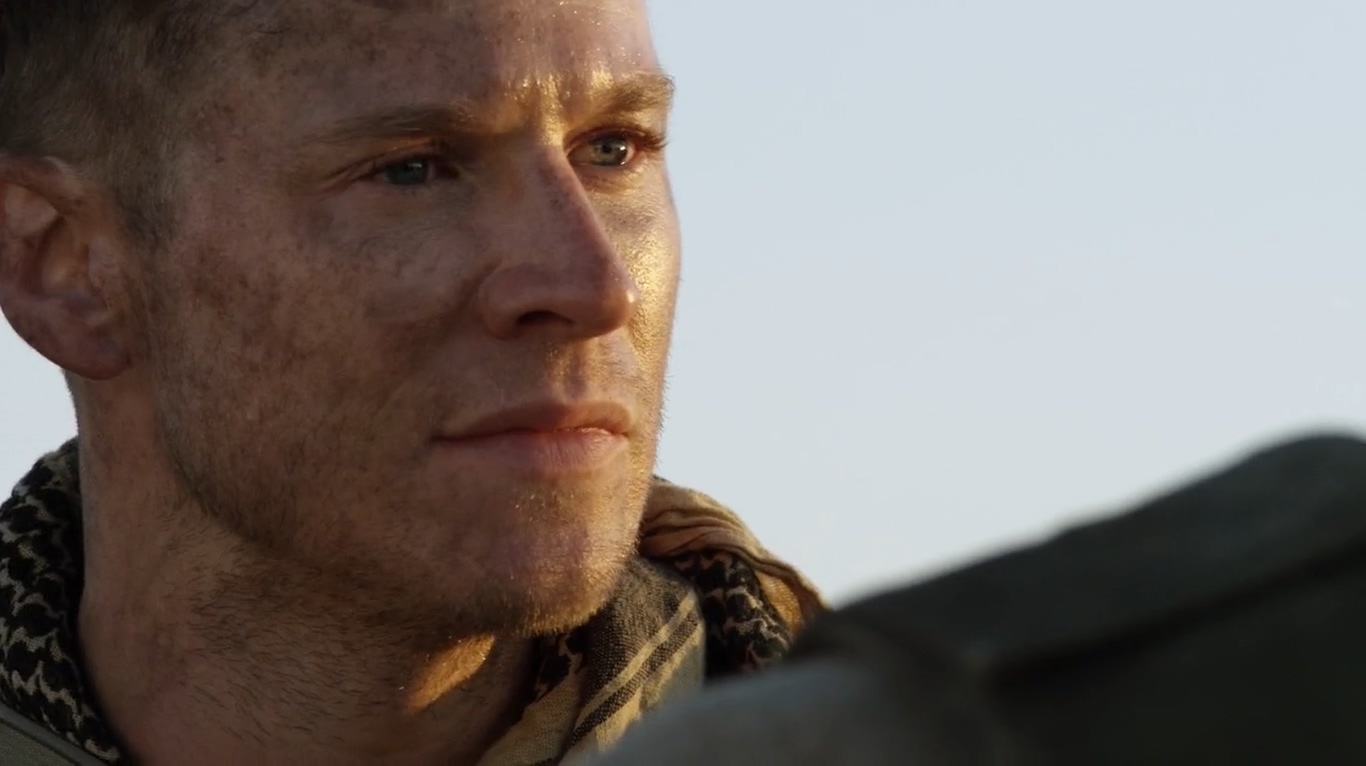 Back in Istanbul, the team comprising of Cervantes, Rojas, Aungst, Maines, and Beckett party, but Aungst teases Beckett since he botched the earlier mission. Cervantes tries to instill some encouragement in Beckett, but he wants to be left alone. Beckett follows a woman through the bustling streets of Istanbul to a jetty, where someone points a sniper at them. The sniper is fortunately taken down by Major Guy Bidwell, an old acquaintance of Beckett’s.

Apparently, Beckett has a bounty on his head, and Bidwell warns him about future troubles. The troop gathers at a car park, and the Colonel briefs them about the mission to protect the Trans-Georgina pipelines, a major node in the transnational fuel transportation network. The pipeline takes natural gas from the region to Eastern Europe via the Black Sea.

We get to know that the woman Beckett was following earlier is Robin Slater, the Head of Operations for the Civilian-Military Fusion Center. In the operation, they would get help from local law enforcement. Their rendezvous point is Tbilisi, Georgia, south of Chechnya, where they expect to counter an Afghan terrorist known as Gazakov.

Slater tells the team that Austrian energy entrepreneur Killian Grun is expected to arrive at a Gaznab pumping station near Tbilisi, and the team must retrieve the “package” without faltering. But little do they know, things go haywire, and a battle between the army personnel and terrorists ensues. Rojas is hit while staying behind a hideout, and their location seems to be compromised. With the enemy always one step ahead of them, they must find the breach in security and predict upcoming attacks.

Sniper: Ghost Shooter Ending: How Does Beckett Know About the Enemy Stealing Intel?

In the beginning, Beckett and his team suffer a massive blow at the hands of the Georgian terrorists as their exact coordinates are already known by the enemy. Beckett suspects that it is a breach in the Georgian military, but he is soon to be proven wrong. Under probation, Beckett works with a Georgian colonel called Zotov to counter a group of insurgent Chechen extremists.

After saving the life of Zotov single-handedly, he is directed to go to Mothershed, who would have information on Gazakov. Mothershed is a blind operative in the Georgian intelligence, and he takes Beckett to meet Gazakov in person. The meeting does not go very well since Beckett manages to thoroughly insult Gazakov through his interrogation tactic, and in the process, Beckett compromises the whole operation. 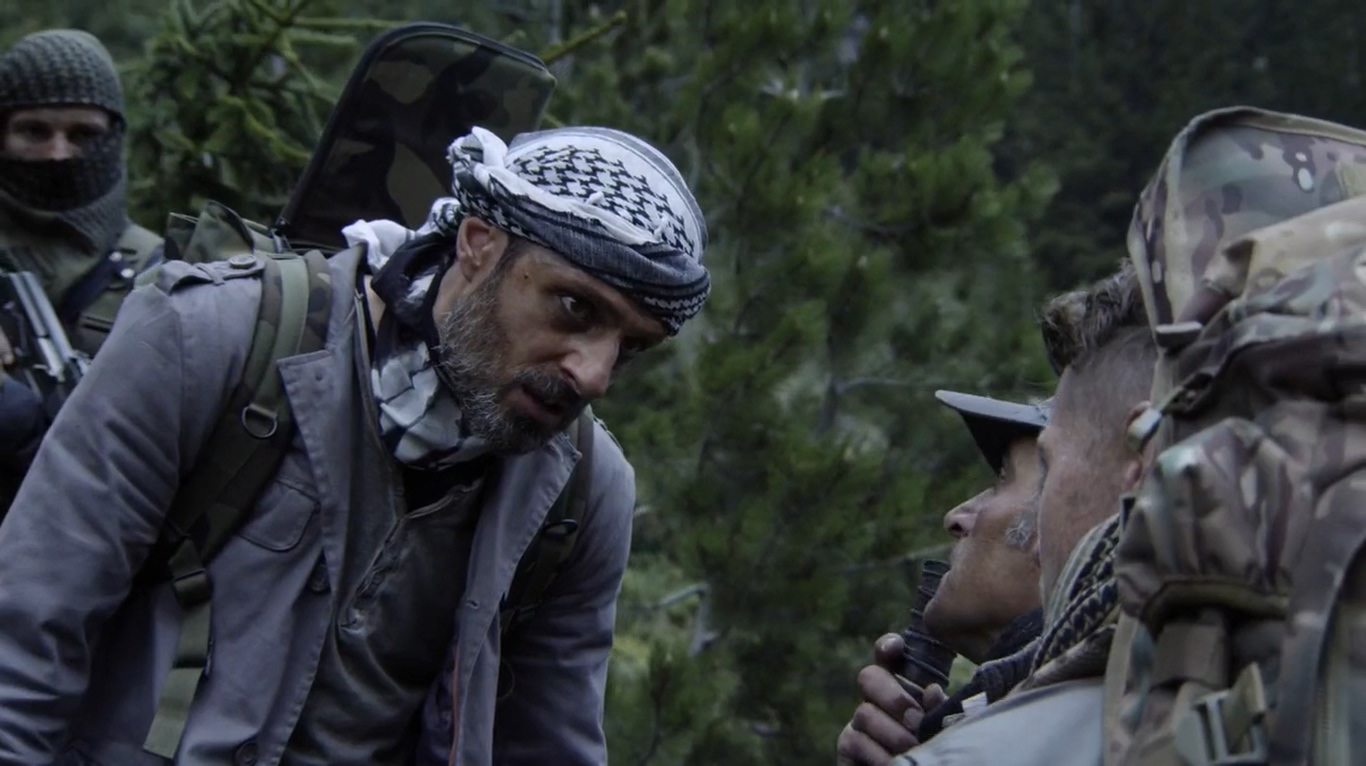 However, while the encounter is far from fruitful as Mothershed is injured, Beckett gets a valuable piece of insight. He sees one of Gazakov’s men operating a Toughbook with a satellite uplink and concludes that the terrorists are stealing military intelligence by hacking into their equipment. Mothershed gives the theory that the enemy is mirroring the American drone network to anticipate attacks in real-time, and while the higher officials are dismissive of the theory, it seems highly plausible. And when their GPS is compromised at a later scene, we become sure that the enemy has access to the internal server of the military.

How Does the Team Anticipate The Final Attack? Is Gazakov Dead?

The terrorist group, as we are told, attacks both hard and soft targets. The army has concrete news of a terrorist attack in the Gaznab Station in Kobuleti, a region of Georgia. The officer briefs the marines that Gazakov and his group of militants have gathered in the region and are making their way to the pumping station in Batumi, and the army wants to interrupt the terrorists in the act. As the final frontier pans out, Miller and his crew are being escorted to Kobuleti, but Beckett finds out a major glitch in the narrative.

The anticipated attack was detected by drone footage, and Beckett resonates that if the enemy can hack into the drone network, they can also manipulate the image to mislead the army. As the crew leaves for Kobuleti, the principal target of Batumi stands unguarded for the extremists to prey upon, and the crew must head back to the headquarters. When the crew reaches the scene, it has already been rampaged by terrorists. But in a final moment of retribution, Beckett manages to locate Gazakov, the eponymous “Ghost Shooter” of the film, and puts a bullet in him, closing the chapter.

Do Beckett and Slater Get Along By The End?

In the early moments of the film, following the sabotage of the operation in Syria, Beckett is seen to be following a middle-aged woman in the Turkish capital of Istanbul. The camera follows Beckett in his pursuit of the woman, and when they come together at a jetty, a flirtatious conversation ensues, and the audiences are led to believe that a romantic angle is about to be explored. However, Beckett finds out that the woman is a senior official named Robin Slater, the Operational Chief of the Civilian-Military Fusion Center. 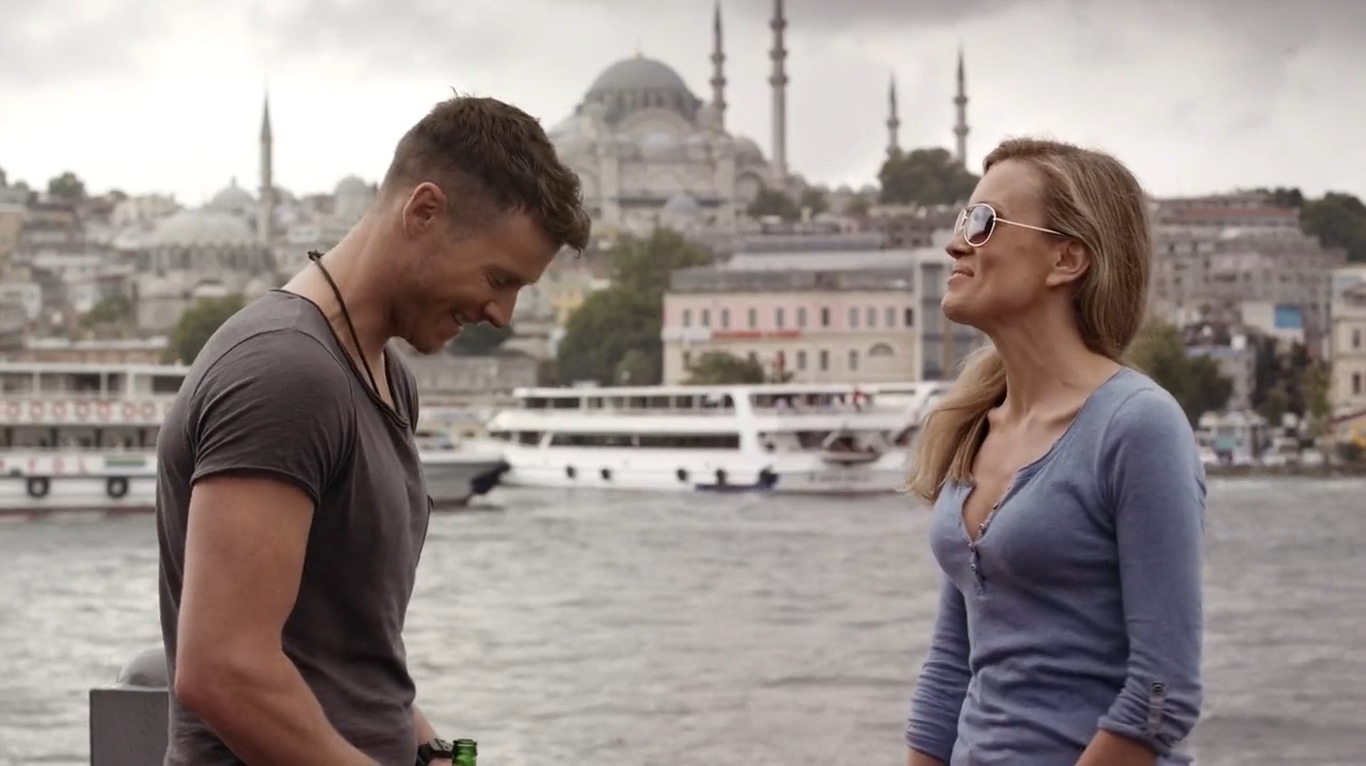 As Beckett’s deduction of a security breach is taken as some sort of a conspiracy theory by the senior officials, including Slater, their blooming friendship takes a blow. However, in the final moment, Slater admits to her miscalculation about the Kobuleti attack, and Beckett asks her out for a drink. As the camera shows them walking out of the frame in the finality of the film, the audience gets the impression that they have been able to reconcile with each other.