Snowpiercer Episode 8: When and Where to Watch? 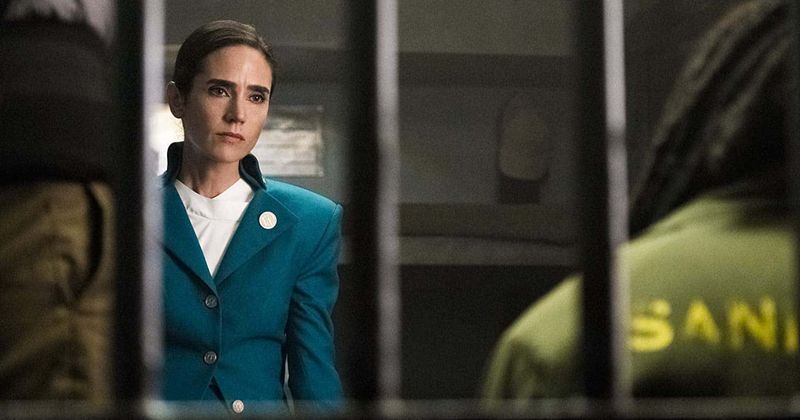 ‘Snowpiercer‘ has been having a fantastic first season. Based on Bong Joon-ho’s acclaimed movie of the same name, the series has managed to elevate the director’s dystopic vision of social hierarchy into an absolute pit of chaos where every party is looking out for themselves. In the latest episode, we see things take a nasty turn when the workers form a bond of solidarity and go on strike. Melanie’s threat of retribution is to send the strikers at random to the tail end of the train and to promote some Tailies instead. By the time the episode ends, the First Class is in a state of unrest and suspicion, the Third Class is angry at the unjustified deaths of workers, while the Second Class tries to maintain a balance and the Tailies want more of their share.

With everything in a precarious condition, you might be wondering about what goes down in the latest episode. We have the rundown, spoilers, and information on when and where to watch the upcoming episode as well.

Snowpiercer Episode 8 Release Date: When Will It Premiere?

‘Snowpiercer’ Episode 8 is slated to be released on July 5, 2020, at 9 PM ET. The upcoming episode is titled “These Are His Revolutions.”

We finally see the revolution that had been brimming for so long. Layton leads the lower classes into a full-blown armed rebellion. As Melanie’s house of cards comes crashing down, she might become the first casualty in the uprising. Everything is about to go haywire on board the Snowpiercer and we might see new leaders arise, as some familiar faces might not make it. Check out the promo below.

Melanie goes to extremes to find Layton and threatens a mother to have the privileges of her baby revoked. She gets the woman to submit which leads her to another woman who actually helped Layton escape. Melanie interrogates her, but when the other party is unflinching, she freezes her pinkie and smashes it. The extreme action causes the interrogator to leave and hurl. In the meanwhile, Till tries to help the woman, who suggests freezing and breaking her right hand to escape.

In a scuffle between her and Melanie, the latter gains the upper hand and leaves the woman to freeze in the room. However, Melanie’s plan to include Miles on her side is bound to fail, since he’s supporting the other cause. Meanwhile, Till joins the revolutionaries as well, stacking the cards against Melanie in the upcoming episode.

Read More: Is Snowpiercer Based on the Movie?