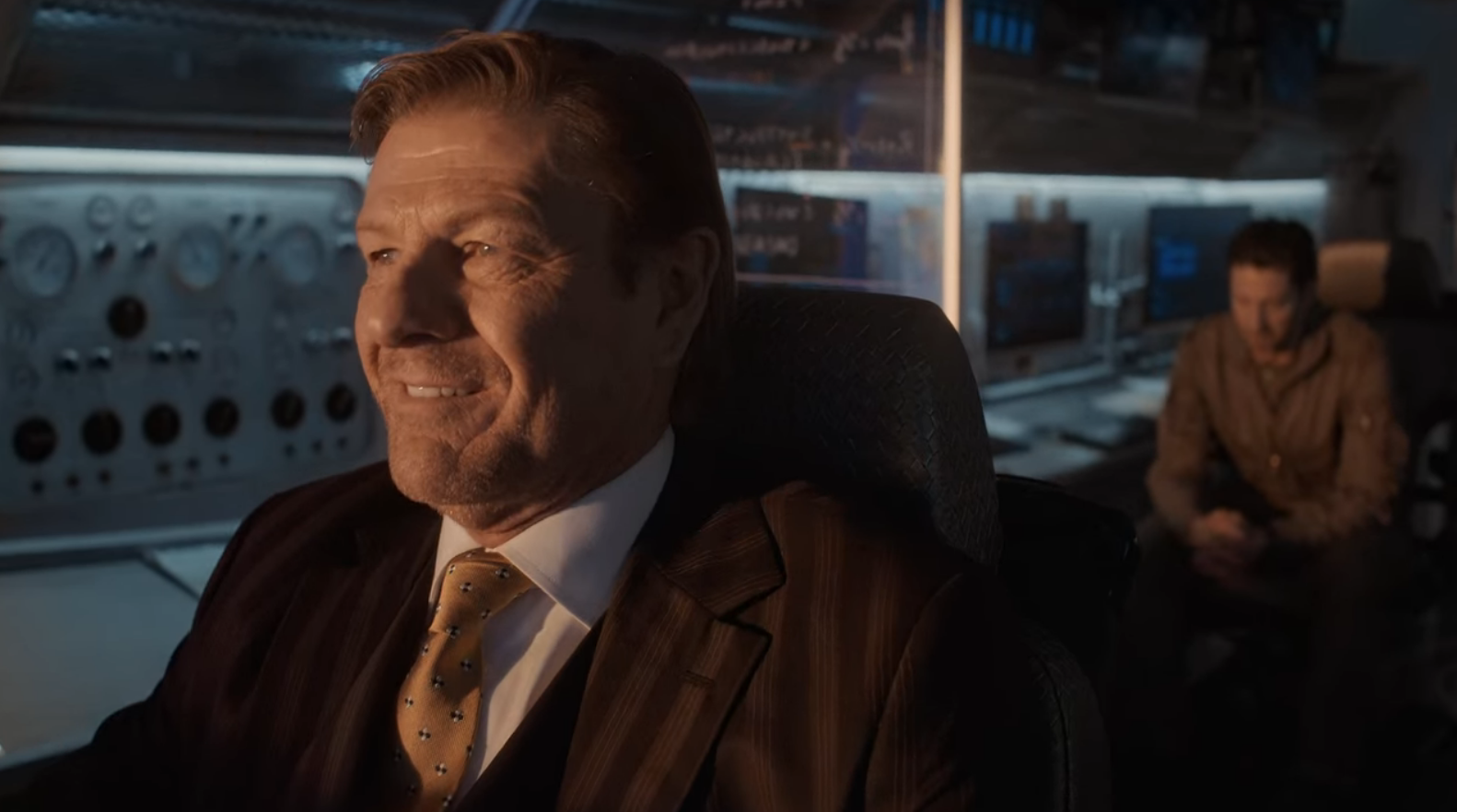 ‘Snowpiercer’ season 2 finale is a befitting end to a season filled with political upheavals and change of power dynamics. The train undergoes multiple shifts in powers — starting from Wilford, who created the train, to Melanie, who usurped control. Then comes Layton, whose short rule is broken with the arrival of Wilford. Since his arrival, Wilford’s sole agenda is to wrest back the train to himself. His megalomaniac ways and manipulative strides are perilous for the last remnants of humanity.

Even though Layton is relegated to the Compost car, his strong determination enables him to fight back. The finale sees a collective effort of like-minded people who want to remove Wilford for the greater good of humanity. However, things are not easy as Wilford has kept his plans ready for an eventual showdown. Moving away from the dichotomy of good and evil, ‘Snowpiercer’ season 2 exposes the caustic terrains of humanity even in the face of armageddon. Let us have a closer look at the details.

Alex’s narrative opens the episode wherein she says that since connecting with Snowpiercer, she can understand the prevalent thought process. We see Layton and Ruth form a team to escape their conditions and regain control of the train. Javi sends a tip-off to both of them, which renews their zeal to correct the wrongs. They want to retrieve Melanie from the weather station, where she has been holed up for a long time. Layton and Ruth trick the guard and gets a hold of the keys. After reaching Big Alice’s engine, they both meet Alex, who has been confined there. 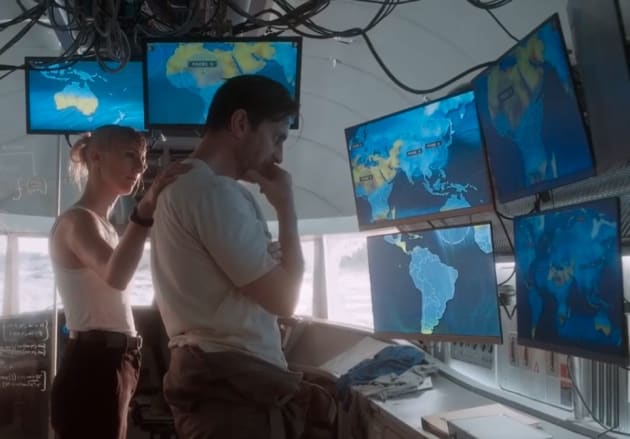 Alex helps them with the plan, as she knows about a secret pathway that leads directly to Wilford’s bedroom. Alex tries to persuade Wilford by inconsistent apologies, which the megalomaniac can apprehend. Meanwhile, Till can recognize the situation when Alex starts to apologize. Till sneaks away and meets with Audrey and Zarah. Audrey is knocked out and held hostage by Till — she informs Zarah about Layton and Ruth’s impending arrival. However, Wilford notices a change in the terrain and identifies that the train has changed course. Furious with Javi’s betrayal, he proceeds to attack him.

Melanie misses the train, and in the ensuing event, Wilford tries to punish Alex for her indiscretions. The young girl manages to escape by attacking Wilford with a blade, injuring him. Wilford is rushed to the Headwoods for treatment, and Alex bumps into Layton. They both hatch a plan, wherein the train can be decoupled at the Aquarium car. Josie is sent outside to capture Ben but ends up helping Layton in his plans. The characters are forced to choose sides in the now separated train. In the end, Alex and Layton follow Melanie’s trail but are met with a grim reality.

Layton and Alex are finally able to wrest control of the train by literally breaking it from within. When they reach the weather station, they find that the data collected by Melanie is still active. However, there is no sign of Alex’s mother. They find a note that says the data is preserved, and Melanie can finally walk in peace. A long-standing speculation is finally put to the rest at this moment.

In the episode, ‘Many Miles from Snowpiercer,’ Melanie sees the train speed past her, emitting glaring sparks. Her condition led us to believe that it might be a hallucination that actually turns out to be reality — Snowpiercer indeed moves past Melanie courtesy of Wilford. The weather data shows the places around Earth that have started to thaw. 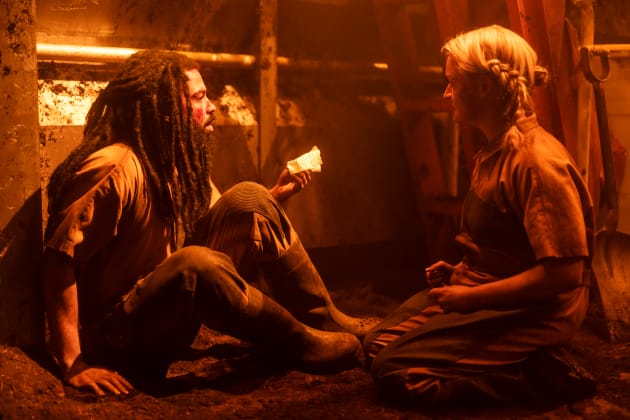 It exemplifies what Melanie stands for in the second season — she is a model of hope and proves her worth through the data. It is unclear whether she is dead or alive. A lack of body might point that Melanie lives through her survival instinct, and the geothermal vent might hold a clue to her existence. It remains to be seen how Layton and Alex plan their next move in search of Melanie. In essence, the season finale opens up multiple possibilities that will be a fitting continuation of the parable of Snowpiercer.

What Happens to Javi?

Javi turns out to be an unlikely hero in the final episode. Despite being outnumbered and fear catching up to him, Javi manages to swerve the train onto the test track. Furious at his betrayal, Wilford feels the need to exact his revenge. He unleashes his dog on Javi, which mauls the engineer nearly to death. But we see Javi being taken away while he still breathes. Javi’s sacrifice doesn’t entail death. If we may say so, his sacrifice perhaps leads him to a sinister territory — a place where Wilford manipulates his victims to submission.

We all know that Wilford is a master of trauma bonding, which he himself inflicts on the victims. This process gives him weight over the other person and helps him initiate a psychological breakdown to emerge as the savior. We can assume that Javi might be taken to the Headwoods’ for treatment and be subjected to similar torment along the likes of Kevin and possibly Audrey. It is also hinted that Wilford takes a liking towards Javi when he first visits the Snowpiercer’s engine — his strange ways of affection might resurface in the case of Javi.

It is revealed that Wilford dreams about his adversary Layton and can’t seem to get him out of his head. Even though he has the upper hand and tries to integrate the people through his dinner parties, Wilford cannot quash the rebellious heart of Snowpiercer. He cannot kill Layton because it will be too risky for his newfound control as Layton will be declared a martyr. As punishment, he sends Layton to the Compost car, which will remind the rebel of his mistakes. 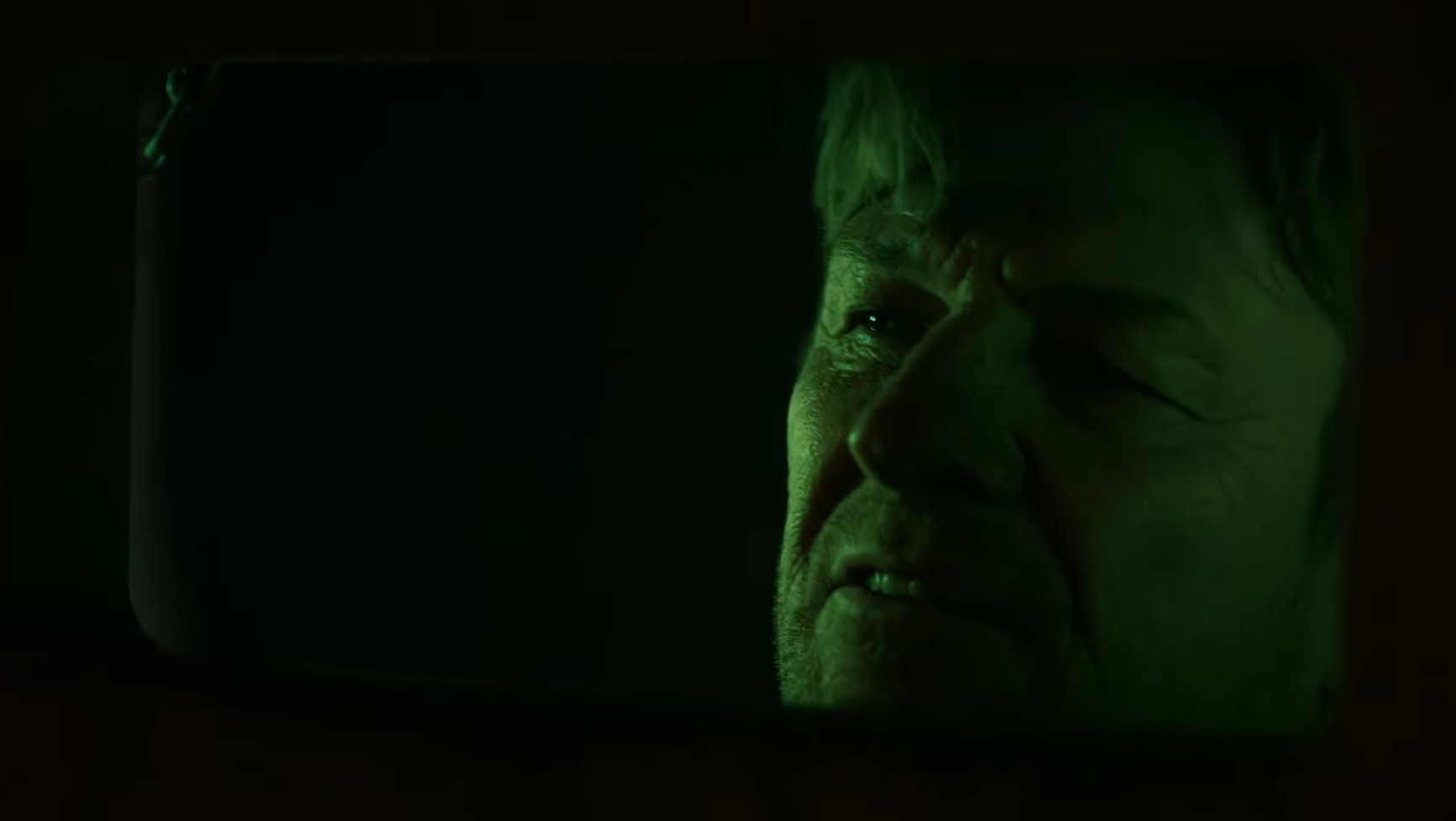 However, Wilford fails to consider that Layton lived through these dire conditions while he was a tailie. The harrowing conditions help Layton bring out his best because he started the revolution from a similar place. This time around, Layton’s plan is far more egalitarian, as it involves the participation of all his allies who have the same goal — the removal of the maniac Wilford. Wilford commits a grave mistake by sending Josie to sabotage the train from the outside.

In a moment of rash decision-making due to the pressure, he chooses Josie as Icy Bob’s replacement, which comes back to bite him. Wilford gets overconfident about his manipulative powers and thinks that Josie will obey him. But Josie is contacted by Ben, and she ends up helping Layton and Alex decouple the Aquarium car. It will be too early to call Layton’s plan a success, but it definitely pushes Wilford to the backseat. The event also reminds us of the fact that in the quest to maintain power by any means necessary, a revolution finds its way to challenge the authority.

Wilford feels that he has absolute control over Josie but is unaware of her past and her unwavering faith towards the train and the moral cause. His underestimation stems from his lack of initiative to know more about his subjects — Wilford considers them expendables in his quest to remain the dictator. ‘Snowpiercer’ season 2 works its way through themes of loyalty, relationships, and class hierarchy, which makes it an enigmatic reflection of the socio-political realities. Under the garb of science fiction, the second season manages to weave an exhilarating tale that keeps us hooked to the very end.