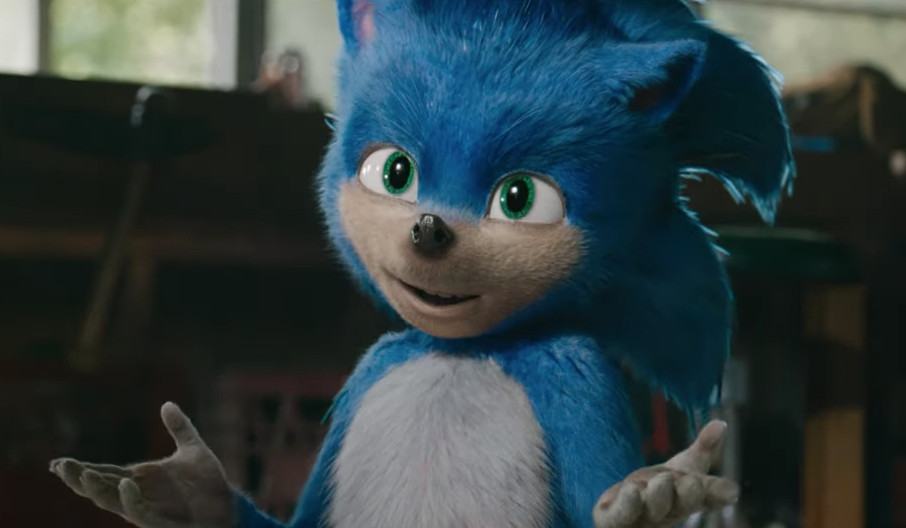 Jim Carrey is on a blue hunt! But he has to catch up with the supersonic speed of the blue hedgehog, who is the darling of video game enthusiasts. Paramount has unveiled the first look trailer of the upcoming live-action adventure comedy ‘Sonic the Hedgehog.’ The tentpole movie is an adaptation of the popular Sega video game franchise of the same name. The trailer features an animated blue hedgehog unleash havoc in the real world of humans. The blue creature races against the nefarious Dr. Robotnik, played by Jim Carrey, and the U.S. government in the trailer.

‘Sonic the Hedgehog’ features Ben Schwartz as Sonic, a juvenile delinquent blue hedgehog. James Marsden plays Tom Wachowski, the new town sheriff. Jim Carrey portrays the evil Dr. Ivo Robotnik. Sonic finds it very difficult to cope up with the complex human world. Almost all his attempts to fit in end up as misadventures. Then he crosses path with the new sheriff, Tom Wachowski. Both Sonic and Tom establish a camaraderie that helps Sonic to deal with the complexities of life. The villainous Dr. Robotnik plots to capture Sonic to use his powers for world domination. Sonic teams up with Tom to evade capture and save the world. To make things messy, the U.S. government also starts chasing Sonic.

Ben Schwartz, who lends his voice to Sonic, is known for the sitcom ‘Parks and Recreation.’ Other cast members of ‘Sonic’ include Tika Sumpter, Natasha Rothwell, Neal McDonough, and Adam Pally. ‘Sonic’ also marks the feature directorial debut of Jeff Fowler, who worked as an animation expert and developer with Spike Jonze in ‘Where the Wild Things Are.’ When the first footage of ‘Sonic’ was screened at CinemaCon last month, it divided the viewers with the new look of the hedgehog. Paramount slightly modified his fur from the popular video game version. For the dedicated fans of the video game franchise, the modification was ‘less creepy.’

On the other hand, ‘Sonic’ is Paramount’s major release for the upcoming season. The studio has put high stakes on the movie with the high profile titles like ‘Gemini Man,’ ‘Terminator: Dark Fate’ and ‘The Rhythm Section’ getting ready to hit theaters back-to-back. Jeff Fowler directs ‘Sonic’ from a screenplay written by Patrick Casey, Josh Miller and Oren Uziel. The story is developed by Casey and Miller.

Hajime Satomi, Haruki Satomi, Masanao Maeda, Toby Ascher, Nan Morales, and Tim Miller are the executive producers. Moritz, Toru Nakahara and Takeshi Ito produce the movie. ‘Sonic the Hedgehog’ video game franchise produced by Sega first introduced in 1991. With the absorption into the Nintendo Mario Brothers video game universe in the early ’90s, Sonic become one of the leading video game franchise with numerous sequels. The series had sold over 80 million physical copies and 350 million units as software and mobile downloads across the world. The legacy of Sonic franchise spans across numerous animations and comic books.