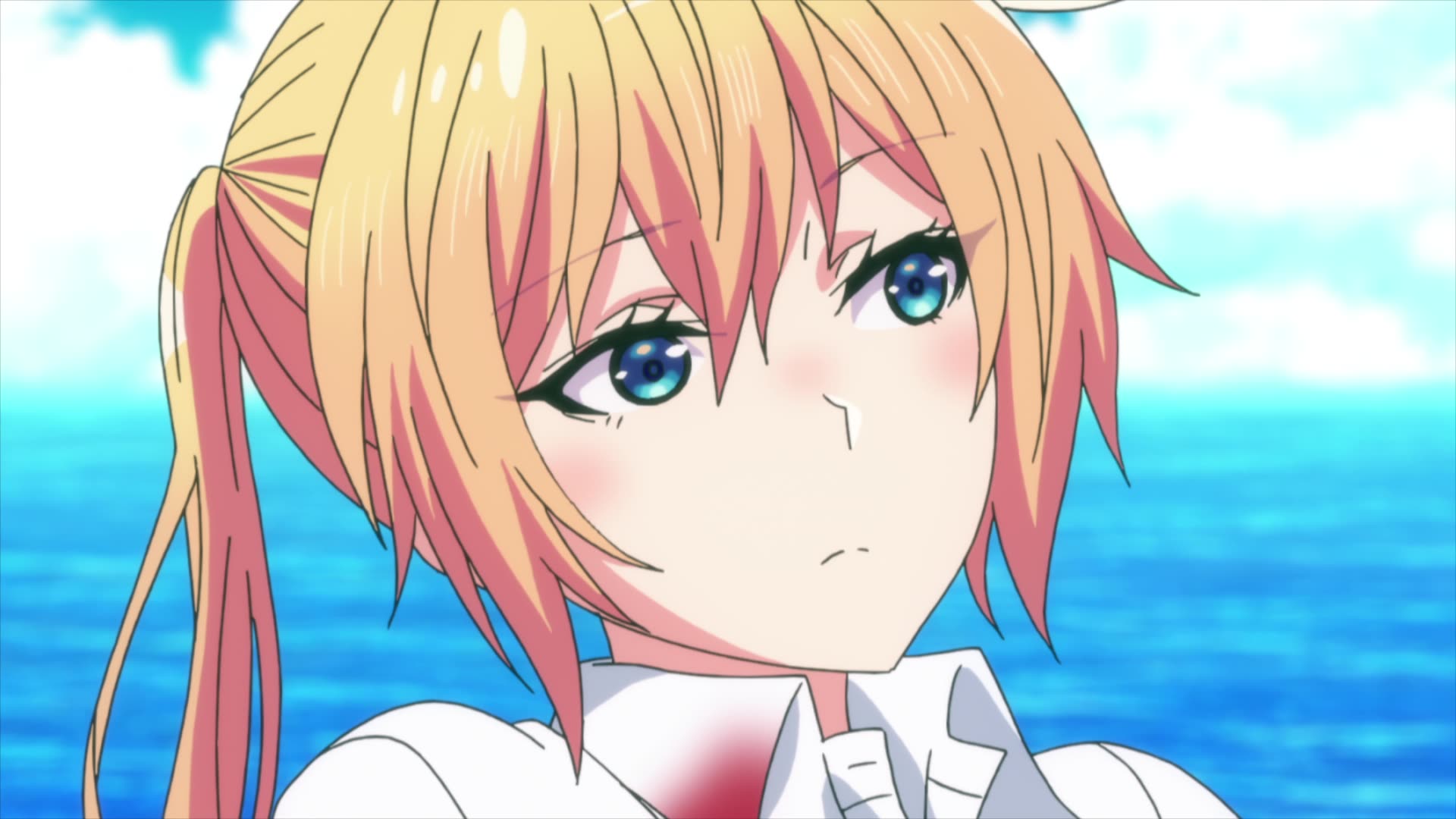 The problem with most Ecchi anime these days is that they’re all the same and are just a random mix of several non-chronological silly events. But ‘Sounan Desu ka’ manages to establish itself as one of the best Ecchi shows of the season by delivering a wonderful storyline that does not involve any of those cliched harem relationships. In fact, the show has absolutely no main male characters and solely revolves around the lives of four teenage girls stuck on an island.

Every episode follows a fixed structure where the characters face a common problem and then the protagonist, Homare, comes up with a very unconventional way of solving it. The other girls are weirded out by what she does but they still have to accept it in order to survive. This pre-defined structure makes the anime a little predictable but at the end of the day, the overall enjoyment comes from the effectiveness of its situational gags. ‘Sounan Desu ka’ really outshines all the other shows with its comedy and can be enjoyed by pretty much anyone. Even if you’re not an Ecchi fan, this is one anime you should not miss out on.

Sounan Desu ka Season 2 Release Date: When will it premiere?

‘Sounan Desu ka’ Season 1 premiered on July 2, 2019 and with a total of 12 episodes, it ended on September 17, 2019. The anime has been adapted from a manga that goes by the same name and so far, the author has published a total of 5 volumes. Now even if the creators of the anime plan to cover all the available volumes of the source material in just one season, the fifth volume will still remain uncovered as it was recently released on September 6, 2019. So if everything works out well, the anime will at least return for a sequel OVA depending on the number of volumes that are still available after season one’s conclusion.

So far, the mangaka has not taken a hiatus from the source material and the rate at which he is producing consistent content, it seems like he’ll be able to publish a few more volumes by the end of 2019. Considering this, we can expect ‘Sounan Desu ka’ Season 2 to come out sometime in July, 2020. As soon as we get any more updates regarding ‘Sounan Desu ka’ Season 2, we will update it here in this section. Till then, you should certainly check out other similar comedy anime shows.

The official English Dub of ‘Sounan Desu ka’ is not available yet, but you can still stream it on Crunchyroll with original Japanese audio and English subtitles.

Four high school girls named Homare, Asuka, Mutsu, and Shion find themselves stranded on a remote deserted island when their aircraft, taking them on a school trip, crash lands. With no one around them, a sense of panic dusks upon them. But luckily, Homare seems to have some survival skills because of her upbringing. Being the only one who has a fair idea of what needs to be done in the situation, Homare leads the group and together, in order to survive, the girls try to do everything from setting traps to eating cicadas. And though the consequences of a lot of their actions are usually not in their favor, they seem to be content as long as they are all able to survive.

Homare Onishima is a high school girl who gets trapped on a remote island after her plane crashes there. Along with 3 of her other classmates, she must now learn to survive in this new environment. Out of all the girls, she is the only one who seems to have some knowledge about survival. Because of all the survival training that she got from her father as a child, she is able to stay calm and easily find her way around all the problems that they face on the island. Later, she even becomes somewhat of a leader as she is the only one who knows what needs to be done there. She has medium length blond hair with light blue eyes and for her age, her height is a little above average.

Voiced by Hiyori Kono, Asuka is another main character of the anime who gets trapped on the island after the plane crash. Unlike Homare, she does not know much about survival but her athletic skills allow her to do several things that the other girls cannot do. Back in school, she used to be a prominent member of the basketball team and though she wishes to be the leader of the group on the island, she does not interfere when Homare tries to help others. In appearance, she has an athletic body and is usually seen with a smile on her face. She has short brown hair and deep big brown eyes.

Mutsu Amatani is the smartest girl in the group who always finds a new creative way to solve a certain problem. Back in school, she was a topper and also enjoyed reading a lot of novels. Inspired by everything that she reads, she aspires to become a Yaoi writer someday. She has a round face with short brown hair and bright blue eyes. She also sports thick-framed glasses and like all the other girls, she is usually seen in her school uniform.

Out of all the other girls in the group, Shion Kujo is the one who struggles the most when it comes to adapting to their new life on the island. Coming from a rich family background, she is a spoilt young girl who finds it really hard to sustain herself on the limited resources available on the island. When it comes to her appearance, she is strikingly beautiful and has short brown hair with big hazel eyes.