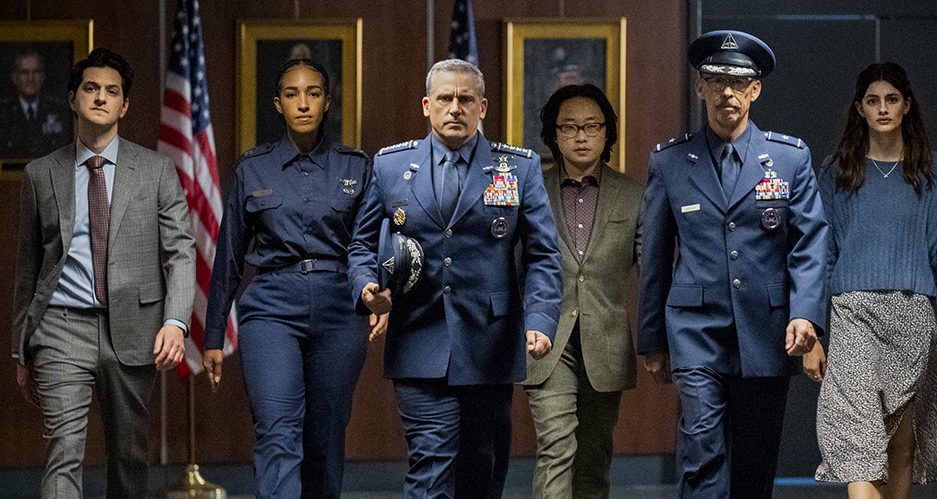 Netflix’s ‘Space Force‘ follows the titular agency, which brings together the greatest scientific minds and military strategists to make for some high-clearance-level silliness. Season 2 finds the team reunited and in the aftermath of an “incident” involving American and Chinese astronauts on the Moon. Things look bleak for the space agency, and their Mars mission is in jeopardy due to budget cuts. Of course, there’s already an astronaut halfway to Mars, who now finds himself summarily abandoned (in the funniest possible way, mind you).

But General Mark Naird (Steve Carell) has got it all covered and forges ahead with his loyal underlings and his scientist counterpart Dr. Adrian Mallory (John Malkovich). The question is, how far do they get? Let’s take another look at the epic antics of ‘Space Force’ season 2. SPOILERS AHEAD.

Season 2 opens with all the usual suspects of team Space Force in a government hearing. Charges are leveled against Naird for an international incident involving American and Chinese astronauts and the fiasco seen in the season 1 finale. General Kick Grabaston watches gleefully from the sidelines but is supremely disappointed when Naird doesn’t get into trouble. However, Space Force is put under 4-month probation, and their funding is cut, leading to one of Dr. Mallory’s best outbursts yet (where he basically attacks a military Humvee!)

And so, the Mars mission is canceled due to a lack of funds, and an astronaut, 9-months into his flight, finds himself stuck halfway to the Red Planet. What makes things worse is that he’s craving pizza. Meanwhile, back on Earth, Erin explores alternatives to college and makes a tidy packet by using her college fund to play the stock market. Despite Naird’s best efforts, his daughter decides to take a gap year, seemingly inspired by Mallory’s (graphic) recountings of his own college days.

Sparks also fly between Captain Angela Ali and Dr. Chan, who find themselves in a frustrating will-they-won’t-they situation. However, violent robot battles and getting stuck in an elevator together prove to be therapeutic to their budding romance. With the budget cuts pinching hard, Naird eventually agrees to do a promo for an energy drink, and yes, it goes as badly as you might imagine. F. Tony, thankfully (and surprisingly!) saves the day.

Space Force Season 2 Ending: Is There an Asteroid Heading Towards Earth? Why does Team Space Force Start to Sing?

The season closer is a doozy, and the final episode opens with the offices of Space Force well and truly hacked. The vending machine giving out free M&Ms is a pleasant side effect, but an American satellite falling out of orbit isn’t. The team huddles in the dark and realizes their rival Chinese agencies are behind the attack. The solution? We won’t get into details, but it is a quintessential “Naird” solution that is silly yet effective. The threat of the collapsing satellite averted, the team is then overjoyed to hear that their funding (and raises) are restored.

Season 2 closes with our favorite Space Force members celebrating in the control room. Naird introduces the imposing Hawaii telescope, the agency’s newest acquisition. As the feed from the telescope goes live, an ominous image shows up. A gigantic asteroid, hurtling towards Earth, grows larger and larger on the screen. Stunned in panic, our heroes begin singing about escaping to tropical beaches.

And so, season 2 closes on a cliffhanger that puts the young agency in its most dangerous position yet. Having never dealt with an approaching asteroid, all anyone can do is look at it come closer and closer to Earth. There are no details about how much time there is to impact. Considering the Hawaii telescope is ridiculously powerful, the asteroid could still be far away, possibly giving the agency weeks, or even months, before it strikes.

That being said, the danger is still very real, which is evident in the team’s reaction. Judging by their panic, they seem to have no idea what to do, which is why they revert to Naird’s secret stressbuster — singing the dulcet tones of ‘Kokomo’ by The Beach Boys. We’ve seen the General do this before in a few stressful situations. Now, it looks like his team has adopted the strategy too, and, as is often the case with Naird, even his most outrageous strategies somehow end up working out.

Dr. Chan and Captain Angela Ali (promoted to Major at the end of season 2) have a hilarious fling that literally cannot be fathomed even by rocket scientists. The romance starts soon after Angela’s return from a tumultuous trip on the Moon that leaves her confused and slightly disturbed. She spends hours playing the drums and keeps throwing her clothes out the window whenever they get dirty (she calls people who do laundry “the real heroes.”) It is during these confusing times that she finds solace in Chan, and the two spend the night together in a hotel.

Chan is crazy about Angela, but miscommunication and general awkwardness lead to some hilarious follies. The two hook up for a time but then grow apart. A brutal robot battle between the two results in a fight, leading to even more awkwardness. Finally, during the Chinese hack, Angela and Chan are trapped in an elevator and begin to open up to each other.

And so, by the end of season 2, Dr. Chan and Angela Ali are not together. However, they both seem open to the idea, and it appears that they decide to stay back at Space Force because of each other (after initially planning on quitting the agency).

Erin struggles to figure out what she wants to do with her life after her father, appalled that she’s gambling with her college fund, puts a stop to her stock trading. After being pushed into giving a college interview, which she aces by convincing the interviewer that she’s not ready for college, Erin then decides to take a gap year. Dr. Mallory’s wild stories about his own gap year in college also stoke the fire, much to Naird’s irritation. 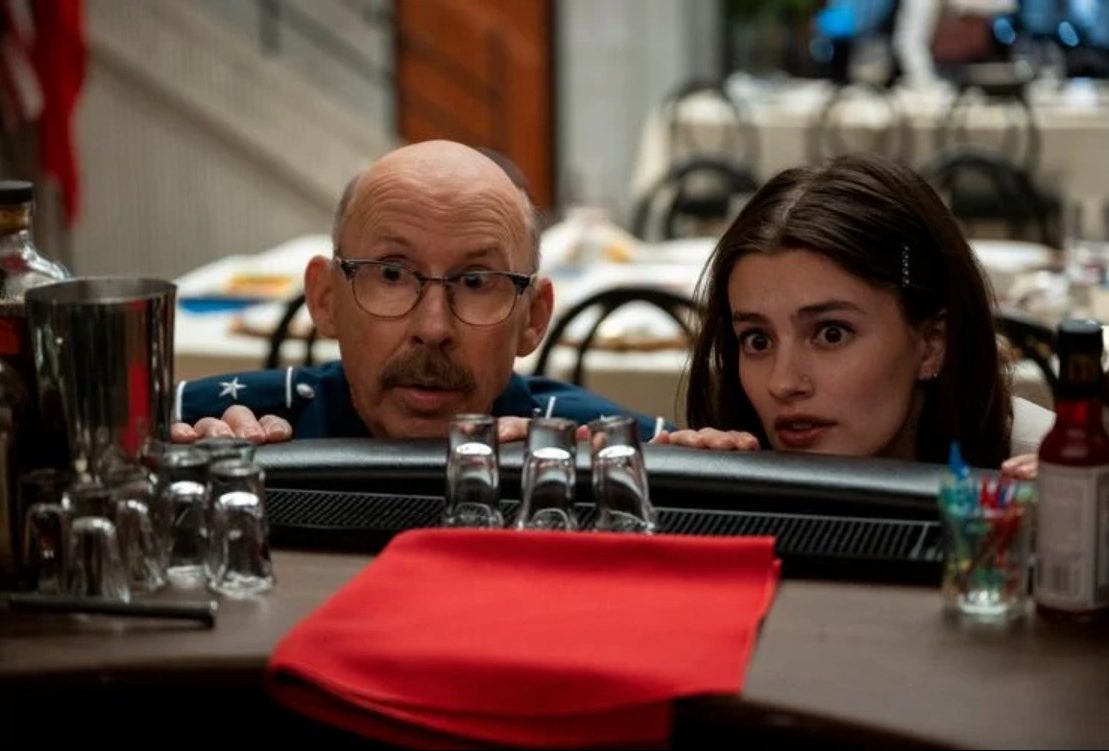 Finally, realizing her worried father needs her to stay close, Erin decides to join the Forest Service in Colorado. Thus, she is likely going to remain close by but will not be involved in the daily antics of the government space agency. However, considering the Forest Service is also a government agency, we could see Erin’s paths cross with Space Force yet, possibly over some arguments between the two agencies. Ultimately, it seems Erin will not be hanging around at the Space Force facilities as much, but this isn’t the last that we’ve seen of her.