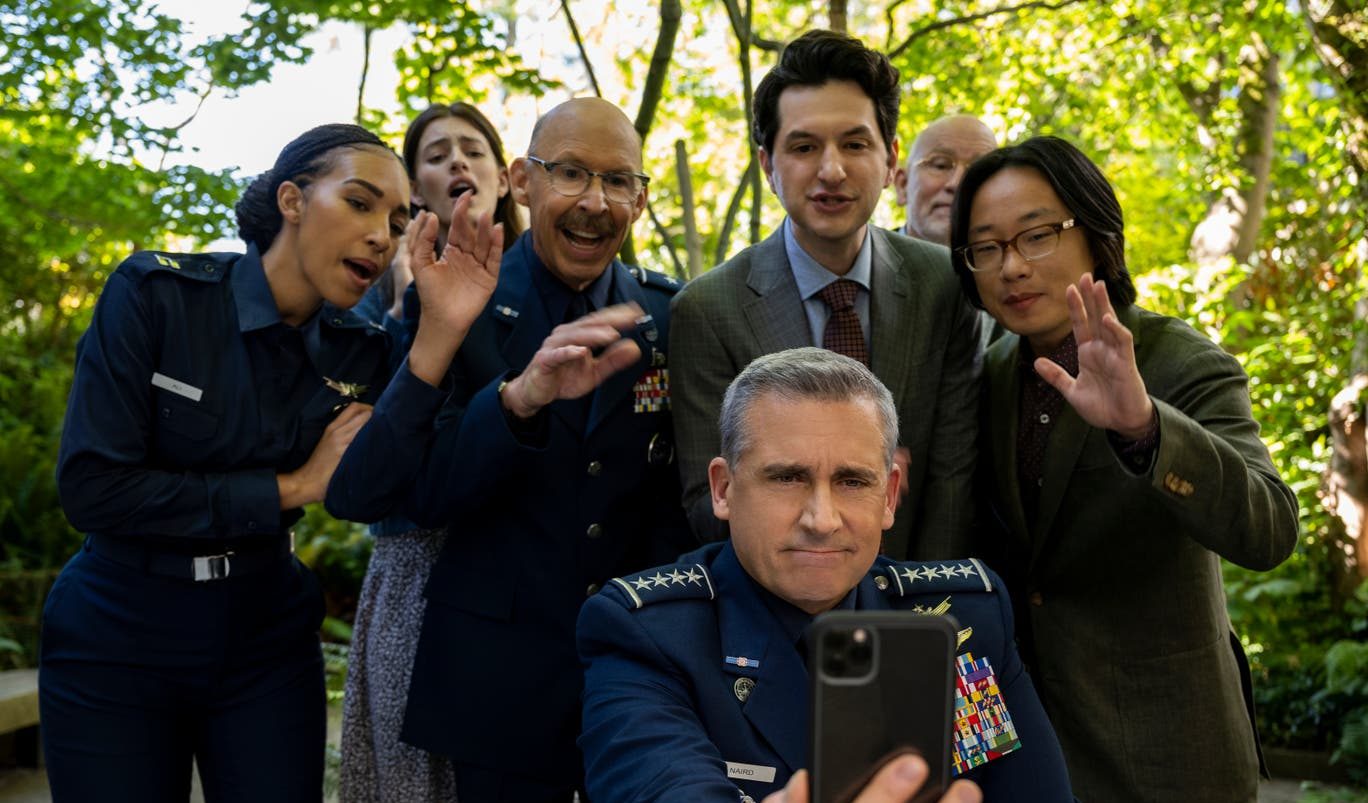 Netflix’s ‘Space Force’ brings together some astronomical comedic talents and makes up a quirky and bizarre version of the titular government agency. Under General Mark Naird, the group of highly trained scientists, military experts, and the odd spy all come together to make a brilliant mess of things. High-stakes missions have never been this silly, and season 2 of the comedy series follows the agency as it grapples with competition from other (more efficient) space agencies.

‘Space Force’ first released in May 2020 and garnered middling reviews despite being created by comedy icon Steve Carell and prolific producer and writer Greg Daniels. Season 2 digs deeper into the relationships between characters, giving the show more depth. However, the closing moments of season 2 change everything and introduce a (literally) massive cliffhanger. Are you wondering whether we’ll get to see ‘Space Force’ season 3 at some point? We’ve got some details for you!

‘Space Force’ season 2 premiered on February 18, 2022, on Netflix. The season consists of 7 episodes, each with a run time of about 30 minutes.

As far as season 3 is concerned, there have been no official announcements about whether it will be greenlit or not. However, it’s worth taking a leaf from Mark Naird’s book and staying optimistic. Despite there being no confirmation of a third season, the potentially apocalyptic season 2 cliffhanger tells us that there is a lot more left to the show’s narrative. Of course, considering the series revolves around a quirky government agency whose purview is space, there are a lot of comedic storylines that can be explored. In short, ‘Space Force’ doesn’t seem to have a lack of material for potential future seasons.

The less-than-stellar reviews and shortened second season (season 1 has 10 episodes) might be some cause for worry. However, season 2 already seems to be garnering better reviews than its predecessor. Additionally, though it isn’t clear why season 2 is three episodes shorter than its predecessor, it might not be due to Netflix’s lack of confidence in the series. Greg Daniels’ Amazon Prime series ‘Upload‘ also has a similar reduction in episodes from 10 to 7 between the first two seasons.

Considering ‘Space Force’ season 2 was filmed very close to ‘Upload,’ the shortened seasons can be due to a logistical (COVID-19) issue. In short, it is quite likely that another season of ‘Space Force’ will eventually land. The stellar comedic talent and relatively better reviews for the follow-up season, combined with the significant cliffhanger, bode well for the show. Don’t expect to see another season anytime soon, though. If greenlit shortly, we estimate ‘Space Force’ season 3 to premiere sometime in Q3 or Q4 2023.

Space Force Season 3 Cast: Who can be in it?

If and when a potential season 3 is greenlit, we expect to see all the central cast members reprise their roles. Supporting cast members like Lisa Kudrow (Maggie Naird), Noah Emmerich (General Kick Grabaston), Diedrich Bader (General Rongley), Jane Lynch (Chief of Naval Operations), and many others will also likely make an appearance in the potential season 3.

Space Force Season 3 Plot: What can it be About?

Season 2 closes with the titular agency narrowly passing its 4-month probation period and coming out on top. Captain Angela is promoted to the rank of Major and decides to stay back at Space Force while Erin thinks about working for the forestry department. All prospects of a calm and reconciliatory ending go out the window when, in the closing moments of season 2, the team spots a massive asteroid headed to Earth. Panicking and with no idea what to do, team Space Force launches into song, crooning nervously about escaping to tropical beaches.

The potential season 3 will almost certainly open with General Naird and his team grappling with the giant asteroid headed to Earth, which seems to be the most formidable challenge the young agency has faced so far. The comedic antics are sure to continue, as are the General’s questionable pieces of military wisdom and Dr. Adrian Mallory’s eccentric explosions. Moreover, the budding romance between Angela and Dr. Chan might finally blossom, and we could see some sparks fly between them if and when ‘Space Force’ season 3 lands.